Virat Kohli returned to big-scoring ways with an unbeaten 122 off 61 balls against Afghanistan.
By Kashish Chadha Fri, 9 Sep 2022 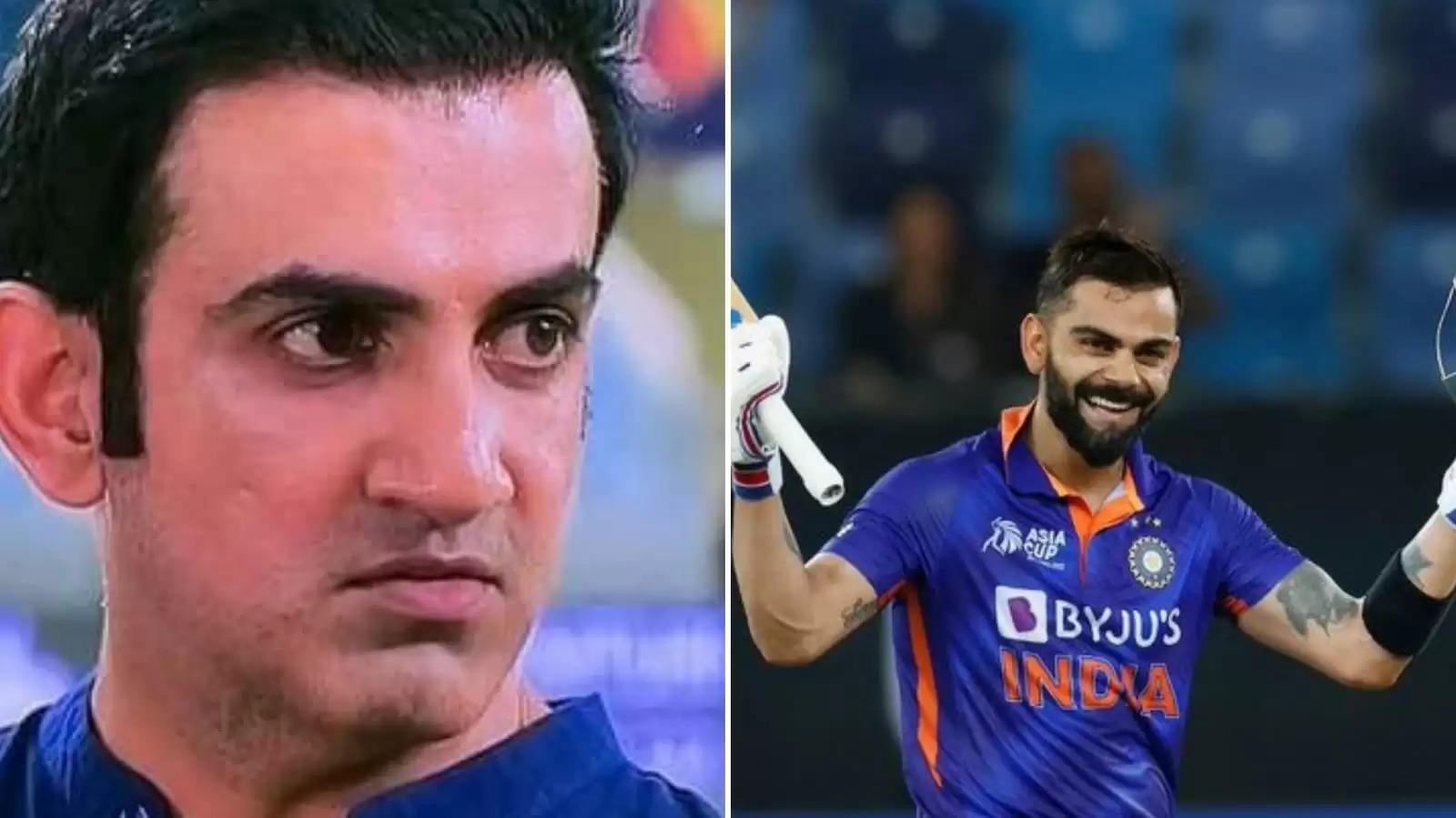 Virat Kohli reached the three-figure mark for India after 34 months since the D/N Test against Bangladesh in November.

Even as the cricket fraternity is in celebrations mode after Virat Kohli's first international ton in nearly three years, Gautam Gambhir came up with a contentious remark that wouldn't help the claims of a longstanding rift between the two cricketers.

Gambhir said a younger Indian batter without Kohli's body of work wouldn't have survived in the side as long as the former skipper did without a century to his name at the international stage.

Kohli produced an international ton after 34 months on Thursday (September 8), blasting Afghanistan for an unbeaten 122 off 61 deliveries, featuring 12 fours and 6 sixes, in a knock that helped India achieve a consolation victory at the end of their disappointing Asia Cup 2022 campaign.

Virat Kohli last made a century for India way back in November 2019 against Bangladesh in the first-innings of the D/N Test in Kolkata facing the pink-ball under lights.

Speaking to Asia Cup 2022 broadcasters Star Sports after India's heavy win against Afghanistan, Gambhir reminded everyone the worrying slump that Virat Kohli had undergone before standing rejuvenated with his ton.

The former India captain said a younger player in Kohli's place wouldn't have survived in the team if he had gone three years without reaching the three-figure mark.

Gambhir, however, was mindful of why Virat Kohli got the backing from the team management and selectors through his sustained slump with bat in hand. The ex India opener turned commentator said it's due to the incredible amount of runs that the batter had previously scored for the country.

"Look he has to realise that it has been 3 years, not just 3 months. 3 years is a very long time. I am not going to be critical of him but he has earned this backing as he has scored loads of runs in the past," Gambhir said.