Gavaskar: Virat Kohli should name players he was expecting a call from

Virat Kohli had said no one bar MS Dhoni called him after he quit India's Test match captaincy in January.
By Kashish Chadha Tue, 6 Sep 2022 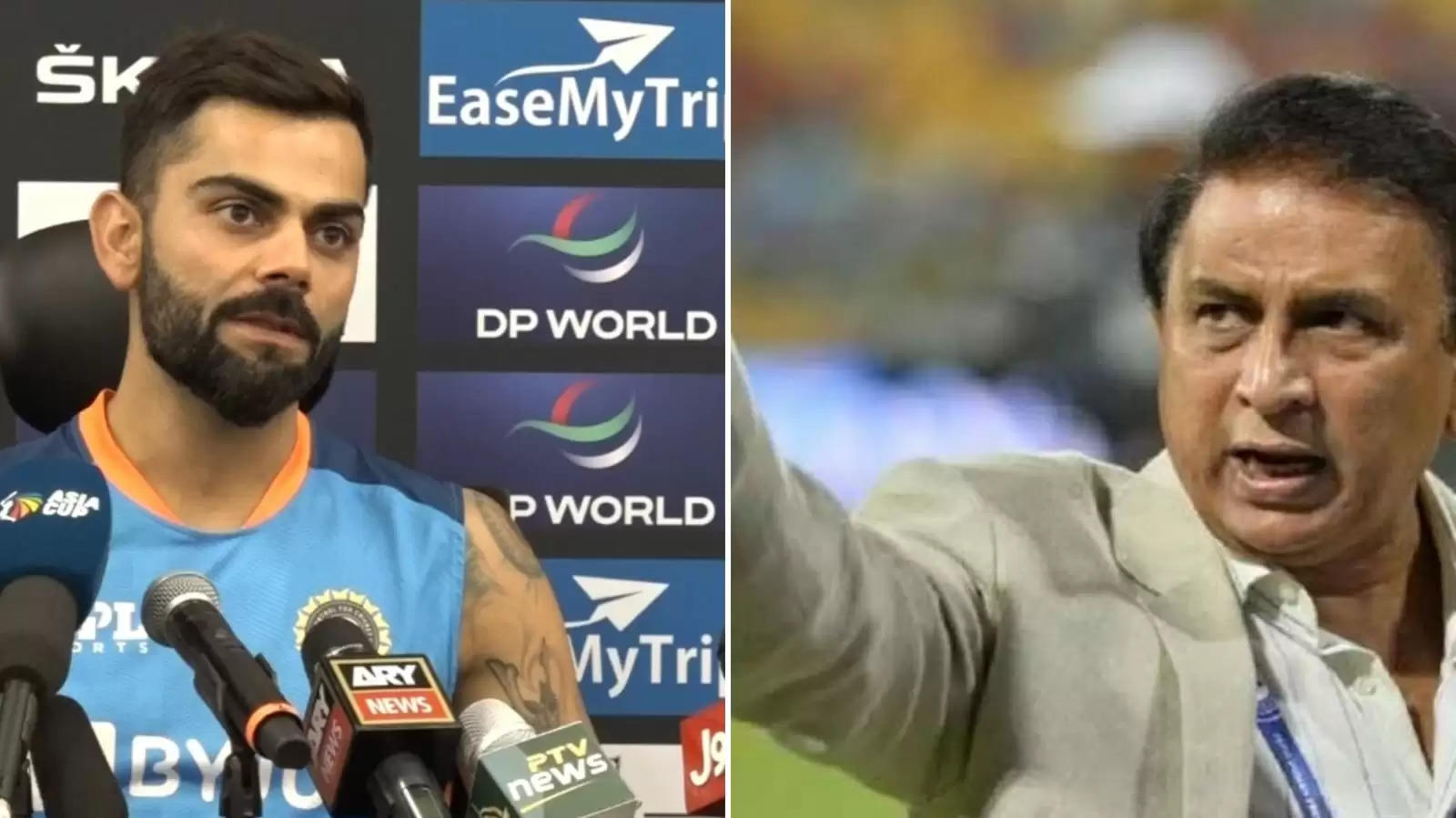 Former India skipper and batting legend Sunil Gavaskar says Virat Kohli should come out and name players he was expecting calls and messages from after he quit the Test match leadership following the series in South Africa.

Kohli, speaking to the press after the Asia Cup 2022 encounter versus Pakistan in Dubai on Sunday (September 4), had said he received no calls from any of the former players bar his ex-India captain and longstanding friend MS Dhoni.

Being one of the former India players himself, Gavaskar addressed Virat Kohli's moment of grudge and came up with an interesting response during a conversation with 'Sports Tak'.

"What message did he want?"

Since Virat Kohli did not name who are the players he was expecting a message or a call from, Gavaskar said it becomes very difficult for the media to reach out to those individuals and query for their responses to his claim.

"It's very difficult to say as to whom Virat is referring to? If he would have taken any names, you can then go and ask that person, if you have contacted him or not. What I have heard is that he is talking about only MSD having called him after leaving Test captaincy," Gavaskar told 'Sports Tak'.

"If he is talking about former players, who have played with him, we know who all from that lot come on TV. He should name the player he is referring to. Ask them Kya Bhai aapne koi Message nahi kiya (Bro, you didn't message me?)."

Dealing with the matter in his characteristic wit and sarcasm, Gavaskar also said Virat Kohli should've explained what kind of messages he was expecting after his decision to quit the Test captaincy. He said surely the former skipper was not expecting "encouragement", for he wouldn't have needed it after leaving the job.

"What message did he want? Encouragement? But then he is done with captaincy, so why would he need encouragement? That chapter (captaincy) is already closed," Gavaskar said.

"Now you are playing only as a cricketer. So focus on that role because when you are the captain, you think about and worry about your mates. Once captaincy is over, it's time to focus on your own game," he added.

Gavaskar said he, too, received no special calls or messages from anyone after quitting India captaincy soon after leading the side to a much-savoured victory in the 1985 Benson & Hedges World Championship of Cricket in Australia.