Hardik Pandya rises to No.5 in T20I all-rounder rankings after superb show against Pakistan

Hardik Pandya has been rewarded for his match-winning performance in Dubai with a significant rise in the T20I rankings.
By Kashish Chadha Wed, 31 Aug 2022 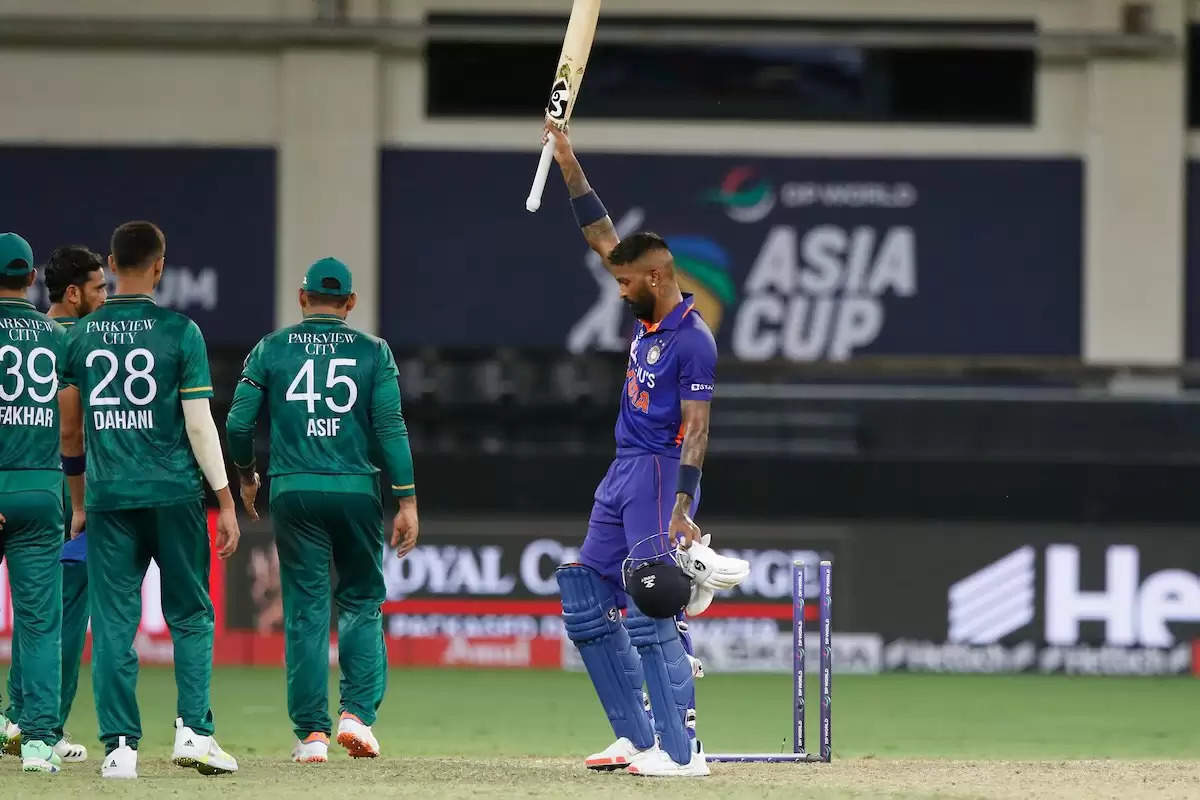 Bowling a terrific spell of 3 for 25, Hardik Pandya backed that up with a superlative knock of unbeaten 33 off 17 balls.

A great display versus arch-rivals Pakistan on Sunday (August 28) in the Asia Cup 2022 has been rewarded with a rise in the ICC T20I rankings for India's premier allrounder Hardik Pandya.

Pandya has jumped up to No.5 in the ICC T20I rankings after his tremendous outing in Dubai, where he hammered a dangerous Pakistan side in both skills.

Continuing his strong return with the ball, the 28-year-old bagged figures of 3 for 25 off his 4 overs to help India build significant inroads into the Pakistan batting and dismiss the opposition for a modest 147.

Despite a fine exhibition with the ball, India found themselves in a spot of bother in what became a tricky run-chase on a rare pace-friendly surface in Dubai. Once again, Hardik Pandya proved to be his team's hero, scoring a critical 33 not out off 17 deliveries to take the team home.

As a result of his fantastic performance against Pakistan, Hardik Pandya has made an eye-catching jump among allrounders in the ICC T20I rankings. The experienced Indian cricketer has had an eight-spot leap to strengthen his grip at the No.5 spot in T20I men's allrounder rankings.

Pandya now has 167 rating points next to his name in the list, where he is seven points safe of the next-placed JJ Smit from Namibia. Above the India allrounder at No.4 is Australia's batting maverick and handy part-time off-spinner Glenn Maxwell with 183 rating points.

Maxwell's is the only surprising name among the top five allrounders, where Pandya has joined Moeen Ali, Shakib Al Hasan and Mohammad Nabi. England's trusted spin allrounder Moeen is at No.3 with 221 rating points, shy of Bangladeshi great Shakib at No.2 by 24 rating points.

Proudly holding the numero uno spot in the ICC T20I rankings is Afghanistan skipper and veteran allrounder Nabi, with 257 points.

Watch: Mayanti Langer throws a 'not everyone is Jadeja' remark at a shocked Sanjay Manjrekar

After going through a sustained period of struggle with a back injury and the effects of a surgery he underwent for it in October 2019, Hardik Pandya has been a cricketer rejuvenated since the beginning of the IPL 2022.

Leading the new franchise Gujarat Titans to the title, he led from the front by scoring 487 runs from his 15 innings at a strike-rate of 131.27. He also bowled his overs at an economy rate of 7.28 and took eight wickets, including a match-winning 3/17 in the final.