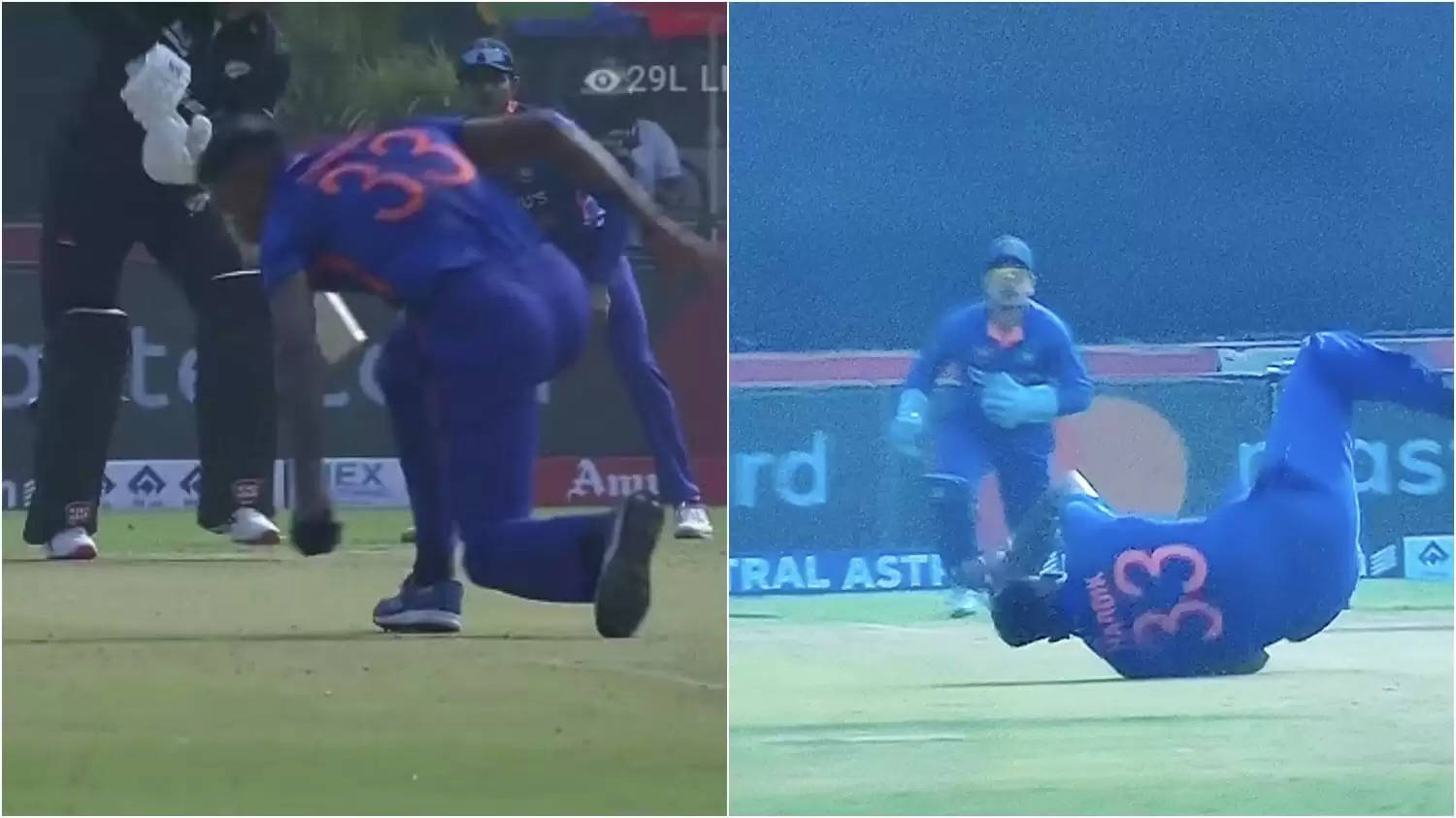 Premier Indian allrounder Hardik Pandya reinforced his high-impact value with a stunning caught & bowled in the second ODI of the series against New Zealand in Raipur on Saturday (January 21).

Pandya took a spectacular reflex catch in his very first over with the ball in hand to dismiss the Kiwis' critical top-order player Devon Conway when he was just beginning to get set.

Conway made a defensive prod to the left of the bowler but was out caught after Hardik Pandya made a superlative dive towards the ball and took an outstanding catch in the most nonchalant way.

The way the cricketer got down on the ball and took the ball inches off the turf made for one of the more difficult catches seen in recent times, executed with such great ease. What made the catch more special is the way Pandya got up and started returning to his mark, giving an initial impression as if it was a bump ball.

The catch came on the fourth ball of the 10th over in the New Zealand first-innings batting first. Facing Hardik Pandya from over-the-wicket angle across the left-hander, Conway's eyes lit-up seeing a full-pitcher that he could drive straight up. But he got insignificant connection to the left-hand side of the bowler, resulting in a jaw-dropping grab.

The way Pandya moved and dived at the ball in a split-second reflected very brightly on his fitness and athleticism and the way he finished off the fielding act and got up with amazing nonchalant showed his style and grace.

Watch: Rohit Sharma forgets what he wants to do after winning the toss

Talk about a stunning grab! 🙌 🙌@hardikpandya7 took a BEAUT of a catch on his own bowling 🔽 #TeamIndia | #INDvNZ | @mastercardindia pic.twitter.com/saJB6FcurA

Even the commentators were stunned as it took them a second or two to realise what had taken place, especially former India spinner Murali Karthik, who thought it a bump ball and Pandya is returning back to his mark for the next ball.

But to his and everyone's disbelief, the rest of the Indian fielders started circulating around the Indian allrounder to kick-off celebrations for another wicket, leading to a huge round of applause from the jampacked crowd in Raipur.