Watch: Rohit Sharma forgets what he wants to do after winning the toss

The Indian captain said he "forgot" what he wanted to do after winning the toss in Raipur for the second ODI against New Zealand.
By Kashish Chadha Sat, 21 Jan 2023 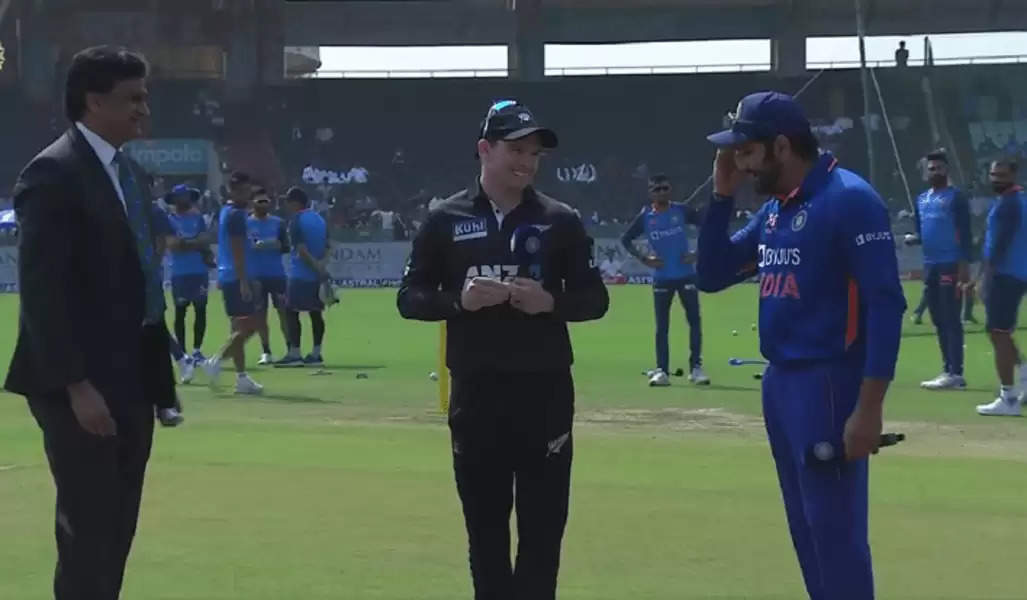 The dew factor in India has made the toss a straightforward affair for captains. As Indian skipper Rohit Sharma got the call in his favour after flipping the coin in Raipur for the second ODI in Raipur on Saturday (January 21), he looked to set announce he is bowling first.

Even as India have been experimenting and trying things out by regularly shifting the times they want to bowl or bat, it was anticipated that the wet outfield under lights in Raipur will lead Rohit to bowl first against the Kiwis.

As it transpired, Rohit Sharma did opt to bowl first but after a dramatic announcement to the match referee and opposition skipper Tom Latham in a funny incident that took place just after the toss.

Moments after the match referee and former India pacer Javagal Srinath confirmed the toss has fallen in Rohit's favour and queried for his decision, the Indian captain went on thinking about what he wished to do and took a bizarre amount of time to announce his team's decision.

Rohit took about 10-12 seconds to confirm to Srinath and Latham that he is indeed "bowling first" and looking to chase under lights in Raipur, a decision everyone could see coming from far off but the Indian skipper ended up making it dramatic.

When asked by toss presenter Ravi Shastri why exactly he delayed the call, Rohit admitted he forgot what they had planned to do after winning the coin flipper since there were different suggestions inside the team, which is curious for a team guided by head coach Rahul Dravid, always sharp and clear in what he wants his team to do.

🚨 Toss Update 🚨#TeamIndia win the toss and elect to field first in the second #INDvNZ ODI.

"I forgot what we wanted to do," Rohit told Shastri at the toss. "Had plenty of discussions with the team about the toss decision, just wanted to challenge ourselves under difficult conditions, but we'll bowl first. Was a good test for us, knowing that the wicket will get better to bat on and that was the challenge in front of us."