South Africa batter Heinrich Klaasen admitted of using ‘old-school tricks’ to benefit his side in a rain marred second ODI against England at Old Trafford on Friday, July 22, which the visitors lost by 118 runs.
By CX Staff Writer Sat, 23 Jul 2022 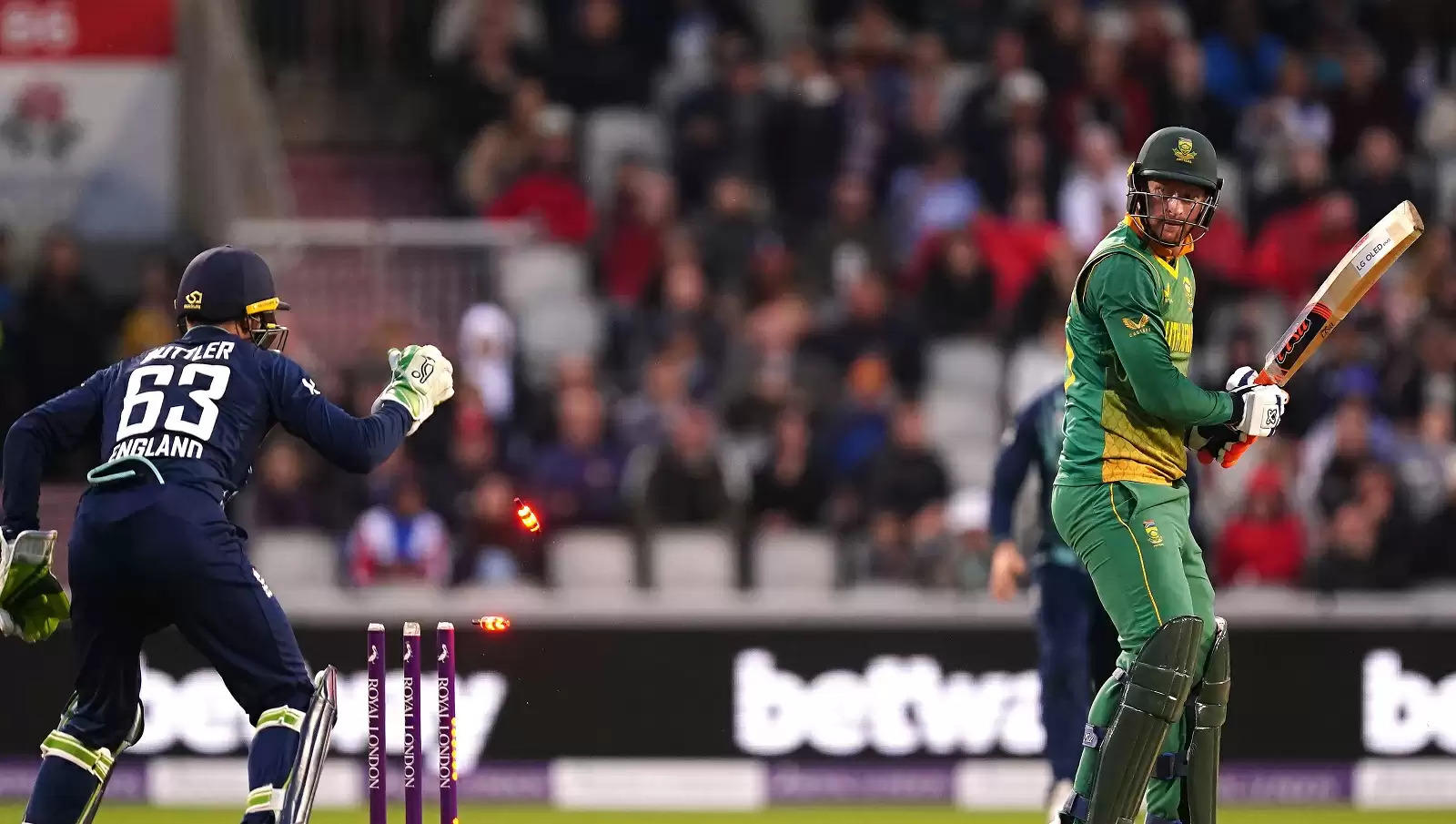 South Africa stumbled to 6/4 and subsequently to 27/5 in their run-chase of 202 in 29 overs during the second ODI against England in Manchester on Friday, and might have hoped for Heinrich Klaasen to pull off an unlikely miracle in company of Dwauine Pretorious and the rest.

However, Klaasen had some other tactics in mind to ensure that his side headed into the decider in Headingley on Sunday with a 1-0 lead, having taken the series opener by 62 runs in Durham.

With the visitors 39/5 at the 10-over mark, the advertising boards were pulled back to make room for the hover cover to come in time with signs of rain. Klaasen viewed this opportunity to slow things down to his side’s advantage, and spent quite a bit of time asking for the sight-screen to be restored to its original position.

"It was zero percent of the ball disappearing into the sight-screen,” Klaasen admitted after the game. “The rain came down a little bit harder. I just tried to delay the game a little bit and change the momentum. Hopefully the umpires could have taken us off but that didn't happen.

"It was just a little bit of old-school tricks to see if I just change the momentum and slow the game down a little bit."

"The English boys didn't like it," observed Klaasen. "I knew it was going to come so it's nothing new to me. But for me, in that situation, we weren't in a great position, so just to upset the rhythm of the game a little and change the momentum maybe, and see what happens couldn't have done any harm. It frustrated a lot of the guys, so the trick worked a little bit but it didn't come off tonight."

David Willey, who scored run-a-ball 21, before dismissing Quinton de Kock in the second innings, admitted of the frustration, but was relieved that his team was able to achieve the desired result.

"It was frustrating, to be polite,” said Willey. “I think it was clear what they were trying to do. There was a bit of rain going around. It's 20 overs for a game, they were hoping the rain was going to stick around a bit longer and we'd be off and they'd go to Headingley 1-0 up and unable to lose the series.