Pakistan's 344/6 to West Indies' 395/7: A look at Highest successful fourth-innings run-chases in Tests in Asia

Chasing has been an incredibly difficult job in Test cricket. Even more so in Asia.
By Kashish Chadha Wed, 20 Jul 2022 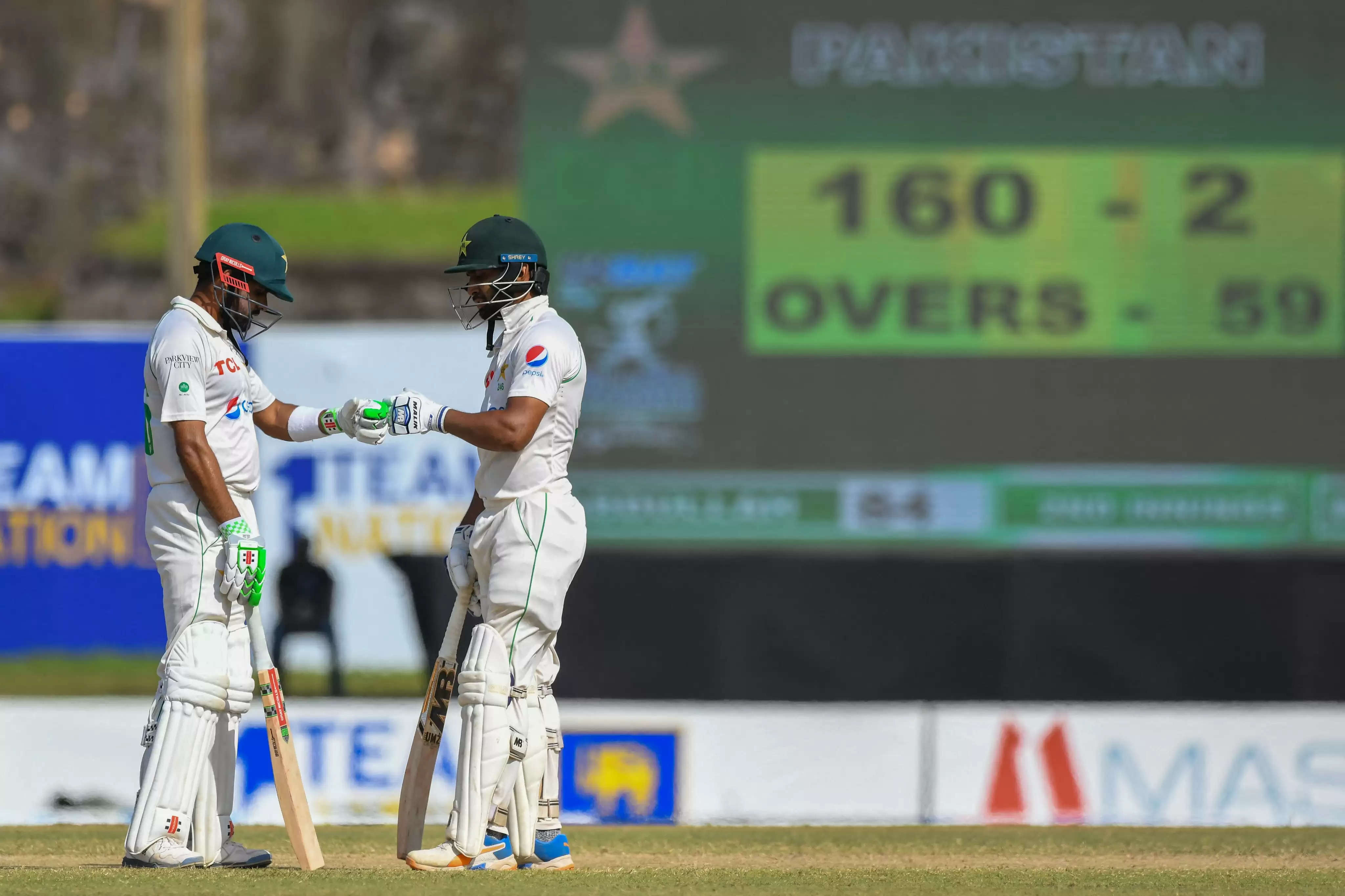 No team has ever scored 400 or more runs in a successful Test match run-chase in Asia.

Chasing in Tests has always been an incredibly difficult task. Even more so in Asia, where the pitch deteriorates, the surface offers turn and uneven bounce and the ball starts to reverse, making it remarkably tough to survive, let alone score runs, in the fourth innings.

No team has ever scored 400 runs in a successful go at the target in Pakistan, India, Bangladesh, Sri Lanka and UAE - five nations that have hosted the traditional format in Asia. That, in close to 100 years of the first team from the subcontinent earning Test status back in 1932. Another strong marker of the gruelling nature of chasing in these conditions.

Yet, there have been some exceptional performances from time to time, with batting line-ups overcoming the challenge posed by the deteriorating surface and incisive bowlers to record unprecedented triumphs. Today we recall these triumphs, reminiscing six of the highest successful run-chases achieved in Test cricket in Asia.

Chasing a target of near 400 runs in the final innings of a Test match in Asia against Bangladesh's three-pronged spin attack, a defeat loomed large for the West Indies. The Calypso Kings were dismissed for a paltry 259 in the first-innings on a good batting surface and now had to recover huge ground if they were to achieve an unlikely win.

But the visitors had other ideas, as they rallied on the shoulders of an epic knock from Kyle Mayers to script their best win in the subcontinent. Walking into bat with his team reeling at 3 for 59, Mayers shared a game-transforming stand of 216 with Nkrumah Boomer (86) and went on to score his career-best 210 not out off 310 balls to defy the odds and help West Indies pull off a come-from-behind-win for the ages.

Defending a target of 388, Zimbabwe stood on the verge of a historic Test win against Sri Lanka in Colombo back in 2017, which would've rounded off their most successful trip to the subcontinent, having earlier won the ODI series 3-2.

But they were denied an unprecedented feat by a resurgent Sri Lankan batting unit that came together in the nick of time to stitch the second-highest successful chase in Asian Tests.

The visitors kept themselves in the hunt thanks to Dimuth Karunaratne (49) and Kusal Mendis (66), before Niroshan Dickwella (81) and Asela Gunaratne (80*) propelled their side through with knocks of great substance.

India may have struggled to chase in foreign conditions, with their pre-Gabba heist successful 100+ Test run chase outside Asia dating back 2003 in Adelaide. But the Asian rivals have managed to script some impressive final-innings batting performances in the subcontinent. The best of which arrived in the Chennai Test of 2008 where, in a fantastic turnaround, they beat a spirited England team chasing a huge target of 387.

Despite the magnitude of the chase, the visitors began with incredible gusto thanks to a solid partnership between openers Virender Sehwag (83) and Gautam Gambhir (66) at the back end of Day 4, before a memorable unbeaten century from the legendary Sachin Tendulkar (103*), ably supported by Yuvraj Singh's fighting 85*, took the Indians home.

Pakistan scripted their highest successful run-chase in Asia back in 2015 against Sri Lanka in a series-deciding fixture of a three-match Test series. The pitch in Pallekele, which started relatively pace-friendly, began to play good for batting on the final day and presented the visitors a fine opportunity to put the pressure back on the hosts.

Chasing a massive 377-run target, the mercurial Pakistan side found batting heroes in the form of opening batter Shan Masood and the great Younis Khan, who both scored centuries. Khan rallied on to make one of his highest scores - an unbeaten 171 off 271, backed up terrifically via a half-century from skipper Misbah-ul-Haq. Collapsing to 215 all out in the first half, Pakistan produced the fourth highest successful chase ever in Asia. Only Pakistan could work in such extremes.

Roll back life by a decade and Sri Lanka pulled off what was the then highest chase ever in Test cricket in the subcontinent. Playing at home against the South Africans in August 2006, the Lankan Lions turned the tide in their favour after conceding a critical first-innings lead and scripted a successful chase above 350 runs.

There were a number of crucial contributions with the bat but two stood out for their sheer impact, as captain Mahela Jayawardena (123) led from the front with a fantastic hundred and was backed up earnestly by a typical Sanath Jayasuriya assault at the top of the order. The left-hander blasted the Proteas for a run-a-ball 73, which gave his team the belief they needed at the start of the chase.

Pakistan entered the list again on Wednesday (July 20) as they recorded the sixth highest successful run-chase in the history of Tests inside the subcontinent, reaching a difficult target of 342 at Galle - among the hardest places to bat in Tests.

The visitors, who only kept themselves in the contest thanks to a magnificent century from skipper Babar Azam in the first half, pulled off one of their better batting efforts in the second-innings.

Facing a spirited Sri Lankan attack that was expected to relish the runs on the board on a deteriorating surface, Pakistan turned the odds against them with opening batter Abdullah Shafique producing a big hundred and Babar backing his century with a fifty in the final innings.