India have announced their 15-member touring party for the marquee trip Down Under in October-November.
By Kashish Chadha Mon, 12 Sep 2022 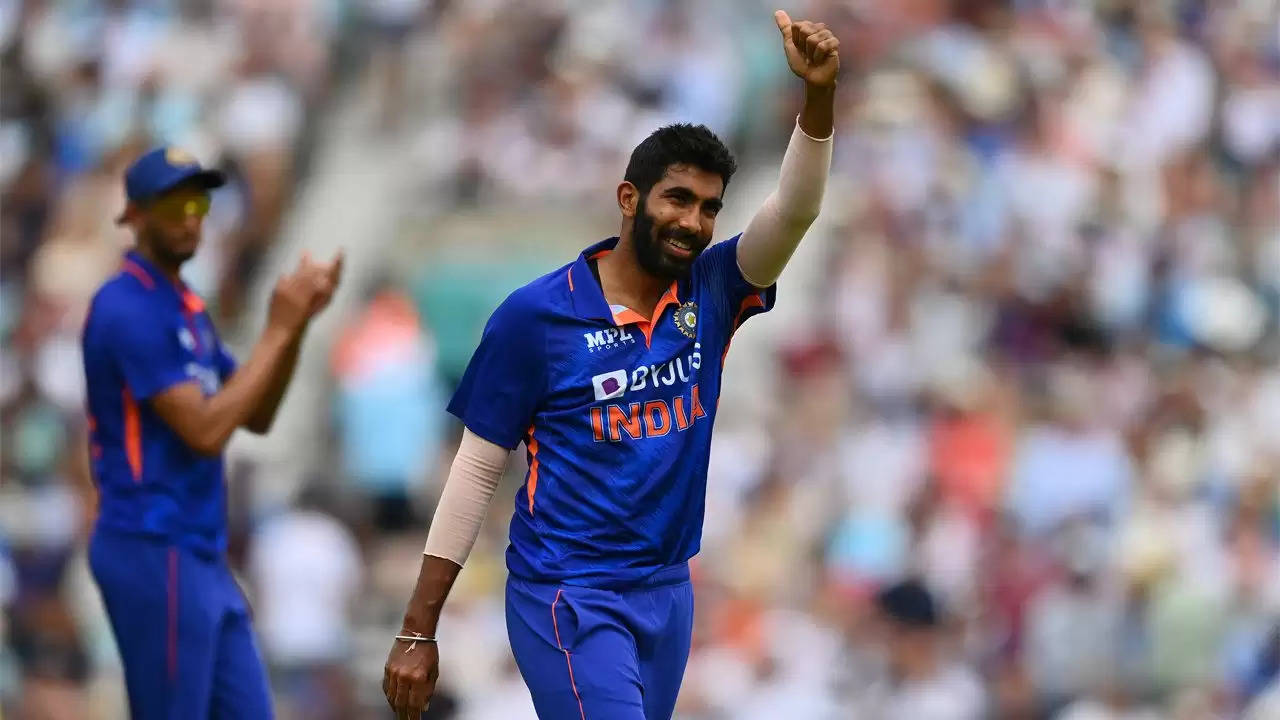 India confirmed their 15-member squad for the T20 World Cup 2022 in Australia, headlined by the returns of pace duo Jasprit Bumrah and Harshal Patel for the marquee tournament scheduled in October-November.

Both Bumrah and Patel missed the Asia Cup 2022 in UAE due to their respective injuries. While Bumrah skipped the regional T20I event in the Middle East with a back issue, Patel was down and out of the tournament after suffering a side strain.

The two cricketers were under rehab at the NCA in Bangalore and have since regained full fitness, returning to the bowling crease in full tilt before the all-important trip Down Under. During the Asia Cup, coach Rahul Dravid said fully-fit Bumrah and Patel walk into their first-choice T20I playing XI, which reinforced the importance of the two cricketers to the team.

In absence of Bumrah, in particular, India's fast-bowling depth looked a touch shallow during the tournament in UAE, considering the poor performances by Arshdeep Singh and Avesh Khan and rather indifferent spells at the death by the experienced Bhuvneshwar Kumar in losses versus Pakistan and Sri Lanka.

That had led to calls for Mohammad Shami's reinclusion to the side in time for the World Cup, although the pacer last turned out in T20Is at the T20 World Cup in the Middle East. But the selectors have persisted with the current lot, giving Bhuvneshwar and Arshdeep the nod for the trip to Australia alongside Bumrah and Patel in the four-man fast-bowling group, backed up by all-rounder Hardik Pandya. Shami has been named in the standby list, alongside Deepak Chahar, Shreyas Iyer and Ravi Bishnoi.

Talking of allrounders, India will enter the T20 World Cup without their premier spin utility cricketer Ravindra Jadeja, who is ruled out of action with a knee injury for which he underwent surgery after being sidelined from the Asia Cup after only two games. In his place, the selectors have picked like-for-like cricketer Axar Patel, with the resurgent Deepak Hooda also getting the nod to help the team management retain optimum balance in the first XI.

Two of India's major disappointments at the Asia Cup in UAE were lead wristspinner Yuzvendra Chahal and middle-order aggressor Rishabh Pant. The two cricketers struggled in either skill, facing heavy scrutiny over their spots just prior to the T20 World Cup selection.

But the selectors have entrusted the duo to refind their mojo via home T20I series against Australia and South Africa and be in ripe shape with their respective games for the World Cup in Australia. They, however, have been kept on the hook with strong backup options in Dinesh Karthik and Ravichandran Ashwin breathing down their necks.

The presence of Axar and Hooda in the side meant place for only two specialist spinners in Chahal and Ashwin, with young Ravi Bishnoi finding himself out of the main squad.

The official BCCI release also stated that Hardik, Bhuvneshwar and Arshdeep "will be reporting to the NCA for conditioning-related work during the course of the home series against Australia and South Africa".