Revealed: India vs Pakistan Asia Cup 2022 group game becomes the most watched T20I ever outside of World Cups

The India vs Pakistan Asia Cup 2022 group game played on August 28 has been recorded as the most watched T20I ever outside of World Cups.
By CX Staff Writer Thu, 8 Sep 2022 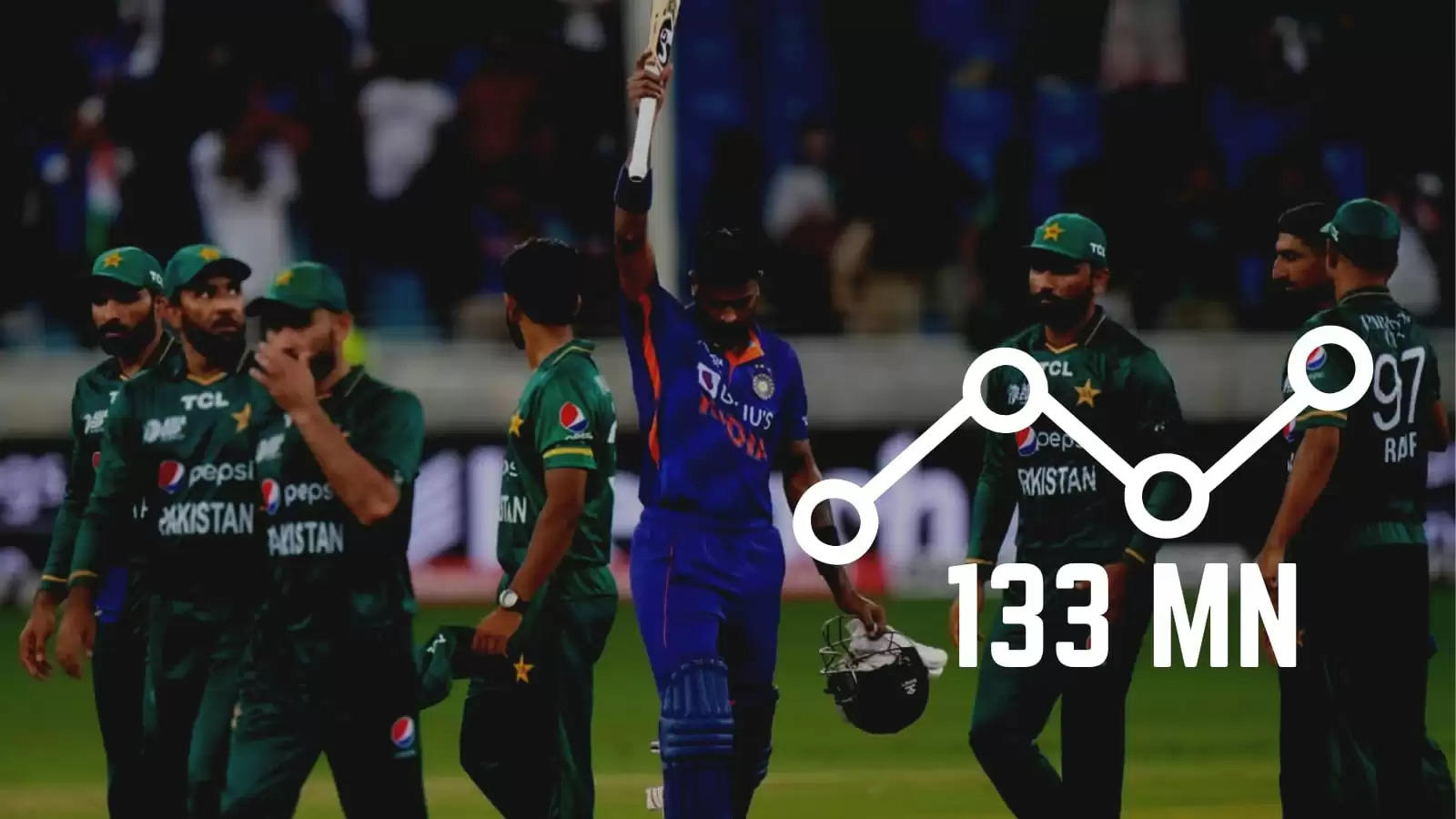 The ongoing Asia Cup 2022 competition in the UAE has been a grand success, having produced several last-over thrillers over the course of the last two weeks. India, the top-ranked T20I side currently might have been knocked out of the competition, but their presence and the intense match-ups with the sub-continent rivals Pakistan ensured that record numbers in terms of viewership were generated.

The second game of the tournament, played between India and Pakistan at the Dubai International Stadium on Sunday, August 28, has been recorded as the most watched T20I ever outside of World Cups.

The match recorded a cumulative reach of 133 million* and registered 13.6 billion minutes*, thereby registering a growth of almost 30% compared to the Asia Cup 2016 face-off between the two sides.

As many as 176 million* viewers tuned in to watch the first six games of Asia Cup 2022, which now has three more games left including the final between Pakistan and Sri Lanka in Dubai on Sunday, September 11.

Sanjog Gupta, Head – Sports, Disney Star said, "The record-breaking viewership for Asia Cup 2022 demonstrates Cricket's unparalleled power to aggregate fans across platforms, enhanced by Disney Star's focus on audience expansion. We were focused on elevating the stature of Asia Cup as a marquee tournament and expanding the appeal of Ind vs Pak as the unmissable 'Greatest Rivalry'. Our high decibel marketing campaign combined with focus on lead-up programming and regional coverage has resulted in Ind vs Pak league match becoming the highest-rated T20I ever (outside of World Cup matches). This is an ideal start to the festival of Cricket which entails bilateral series vs Australia & South Africa and is followed by the ICC T20 World Cup."

The viewership for the match was reported to have touched the 225 million mark, split as 200 million on TV and 25 million on OTT. When the two teams last met before the ongoing tournament - at the T20 World Cup last year at the same venue - the viewership numbers were 147 million for TV and 20 million for OTT, totalling 167 million viewers overall.

India and Pakistan will next meet in the Super 12 round at the ICC Men’s T20 World Cup 2022, at the iconic Melbourne Cricket Ground on October 23.