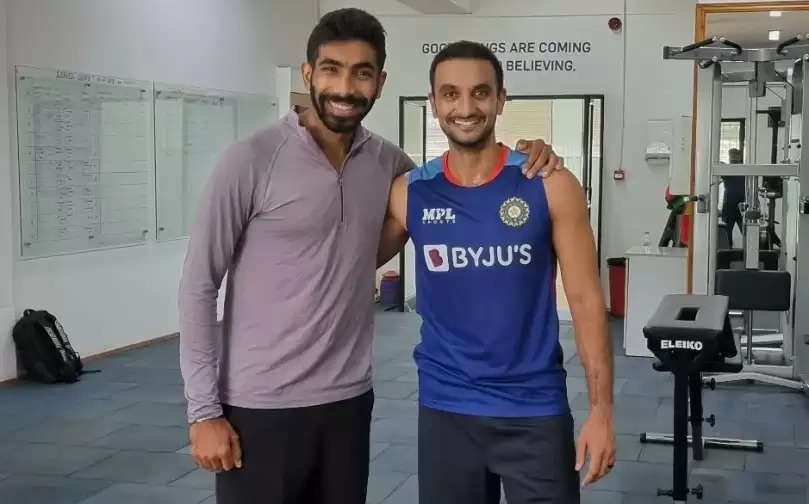 After injuries forced both Harshal Patel and Jasprit Bumrah to not participate in the Asia Cup, it seems like they are back. Both the bowlers have been out of the field for nearly a month and have been training at NCA to regain their fitness. As per Cricbuzz, the latest report suggested that the Indian fast bowlers were fit enough to get back to the team.
Team India failed to reach the finals of the Asia Cup despite putting up decent batting performances. A lack of strong bowling that could take timely wickets was clearly visible. However, the selectors will monitor Bumrah and Harshal's development throughout the next home T20I series versus Australia and South Africa. Both will be required to participate in the games against the visiting teams. Avesh Khan will undoubtedly slip up. Selectors are also considering bringing Mohammed Shami back into the Indian team, which would free up a spot for another pacer from the ASIA CUP lineup. Mohammad Shami has received backing from a lot of ex-players.


Deepak Chahar made his comeback against Zimbabwe after 6 months of recovery. But, he too hasn't gotten opportunities otherwise. It will be interesting to see if the management will consider him to be a part of the team, especially in the tournament that will provide help to fast bowlers. Axar Patel will certainly be in the team in absence of Ravindra Jadeja. Deepak Hooda will be the subject of debate. While Rishabh Pant is the primary wicket-keeper for the team, his selection will also be a point of discussion. Pant's recent performances in T20s have been disappointing. Meanwhile, team India's designated finisher, Dinesh Karthik is highly likely to be in the squad.
The middle order has failed the team in the Asia Cup. Apart from 1 going knock against Hong Kong, Suryakumar Yadav's bat has been quiet. Hardik Pandya has been a hit or miss. Deepak Hooda batting at number 7 has been of no use to the team. After the loss against Sri Lanka, Rohit Sharma has mentioned that the team will learn from the tournament and will experiment to find the right playing XI.