Watch: KL Rahul cleaned up for his fourth Golden Duck in IND vs PAK Asia Cup 2022 by Naseem Shah

KL Rahul got off to a horrible start to his Asia Cup campaign, being dismissed by Naseem Shah first ball.
By Kashish Chadha Sun, 28 Aug 2022 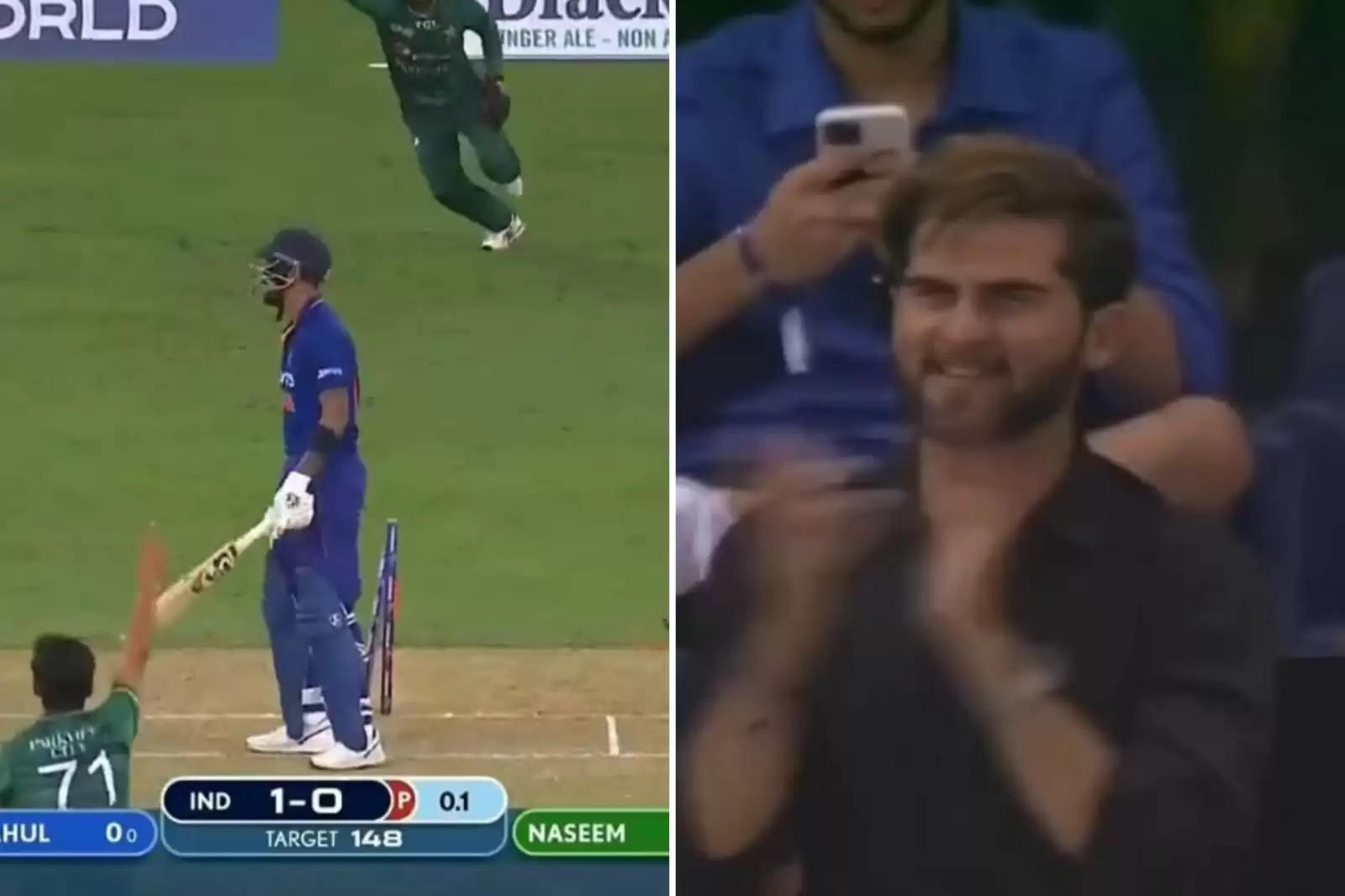 KL Rahul was out for a golden duck after trying to guide a rising delivery from Naseem Shah in Dubai.

KL Rahul made a meal of great opportunity to kick off his Asia Cup 2022 campaign for India with a score on the board. The experienced opener was out first ball at the start of India's run-chase against Pakistan in the Group A clash in Dubai on Sunday (August 28).

Facing the opposition young seamer Naseem Shah's rising delivery outside the off-stump, Rahul went for a guide to the deep-third region, only to find an inside edge that came back to hit the stumps.

The batter was left visibly frustrated, having just returned to the game during the tour of Zimbabwe. Hoping to get off to a start, Rahul was forced to make the long walk back to the pavillion even before he could set his eyes in.

A good player of pace and bounce, KL Rahul shaped up to play a tap through the deep third region for a single after receiving a good length ball from Naseem at the very beginning of the Indian innings.

To his surprise perhaps, the delivery from the right-arm seamer rose off the deck more than he anticipated and he got a thick inside edge onto the stumps.

Rahul immediately looked to the heavens in disbelief and dismay, frustrated over a first-ball dismissal especially as he had the chance and time to set his eyes in for a substantial score, with India chasing a modest target of 148.

Immediately as the ball hit the stumps, Naseem and the entire Pakistan team went up in celebrations as the early fall of KL Rahul gave them some much-needed belief defending a low-key score of 147 all out after an insipid batting effort in the first half.

The scene was of complete contrast for Rahul, whose quick depature may have sent some jitters down the Indian camp about the rest of the chase against a spirited Pakistan pace attack.