L Sivaramakrishnan explains tweaks made by Kuldeep Yadav in his bowling

The Indian wristspinner has made certain changes to his bowling, enjoying encouraging signs of revival to his best over the past few months.
By Kashish Chadha Sat, 14 Jan 2023 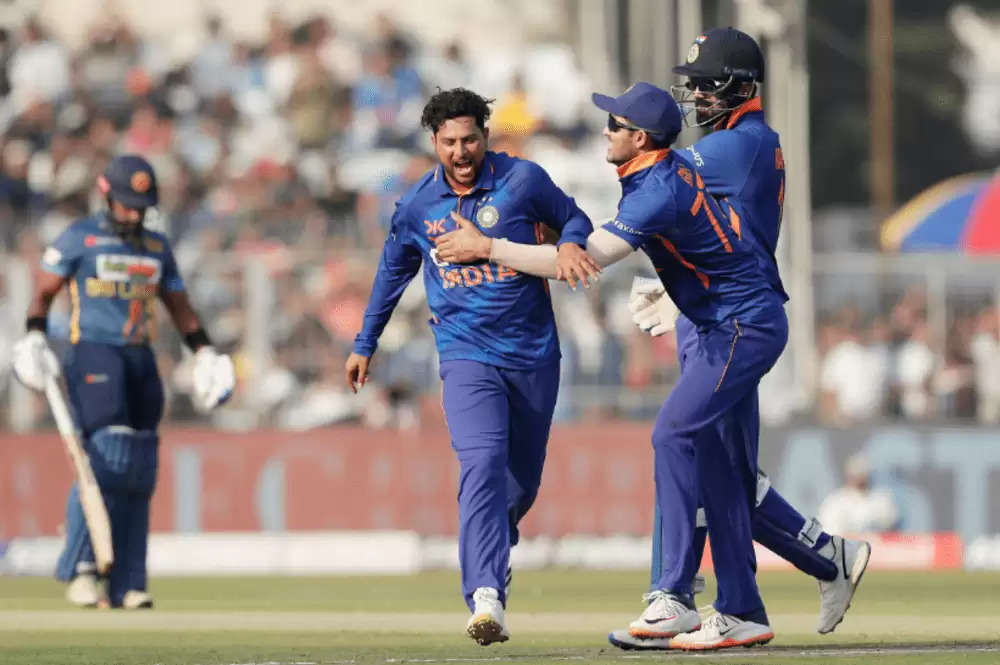 Over the years, a criticism that has come to stick with Kuldeep Yadav's bowling is his inability to generate enough pace and venom on the ball in the air and off the deck.

After acing his honeymoon period in the international game from 2018-2019, batters started hanging back to Kuldeep and played his variations around with minimal fuss, which led to a decline in numbers.

Over the past few months, however, the Indian wristspinner has shown encouraging signs of revival to his best. Be it the ODI series against South Africa in October, the Test match versus Bangladesh in Chattogram or the second game of the Sri Lankan one-day series in Kolkata, where he turned the game with 3/51.

On each occasion, the 28-year-old has been seen perfecting a trajectory and speed, which has not only got it spiting off the deck with greater oomph but has also aided the turn extracted to defeat their downswing.

Former India wristspinner turned commentator L Sivaramakrishnan explains that this change has come about with a tweak in Kuldeep Yadav's run-up into the bowl and a stronger delivery, wherein the youngster is running in straighter alignment at the batter and is stronger in his forearms to generate speed off the surface.

"Kuldeep had a much more angular run-up earlier. Now he is running in a lot straighter," the ex spinner turned commentator told The Indian Express.

The idea behind running in straighter alignment is nullifying the loss of energy through the crease and generating optimum speed, all directed correctly towards the batter.

For Sivaramakrishnan, the other aspect of Kuldeep's bowling that has given wings to the youngster's skill is his improved delivery stride and balance.

There were suggestions for Kuldeep Yadav to increase his arm speed while he was struggling. But Sivaramakrishnan doesn't think that would make an impact. The former spinner believes instead it could have a detrimental effect on the bowler. For him, it's the improvement in the run-up, the delivery stride combined with a tweaked wrist position which shall hold Kuldeep in good stead for the time being.

"Not many have realised, his wrist position has also changed from what I see. It is absolutely perfect now. Earlier, when he bowled to a right-hander, the back of the palm was facing mid-wicket. Now it is facing upwards, which is the perfect position to spin the ball with your ring finger," he explained.

"If you see Chahal bowling to a right-hander, the back of the palm will be facing off-side — towards cover or extra-cover — and that is why he doesn’t turn the ball so much. Kuldeep is able to turn a lot more because his wrist position is better than what it was."

"He has changed his run-up, has more balance in delivery stride and once he is able to control his body, and a better wrist position, allows him to bowl with far more accuracy and turn the ball both ways," Sivaramakrishnan added.