In-form batsman Marnus Labuschagne on Tuesday earned a maiden call-up to the Australian ODI squad for the three-match series against India next month following a prolific year in Test cricket. Marnus Labuschagne has averaged 58.05 since making his Test debut last year, scoring hundreds in his last three games. All-rounder Sean Abbott has been recalled […]
By PTI Tue, 17 Dec 2019 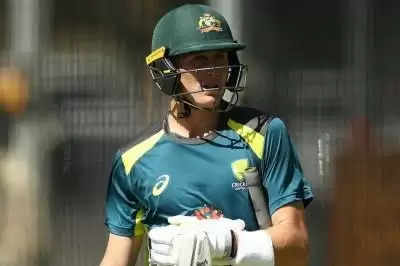 In-form batsman Marnus Labuschagne on Tuesday earned a maiden call-up to the Australian ODI squad for the three-match series against India next month following a prolific year in Test cricket.

All-rounder Sean Abbott has been recalled after five years while also making a comeback are pacer Josh Hazlewood and spinner Ashton Agar.

Chief selector Trevor Hohns said Maxwell, who took a break to address his mental health issues but is back now in domestic cricket, is being watched closely.

“It’s great to see Maxwell returning to the game with the Big Bash League. We will closely monitor his form after what would have been a disappointing 12 months in the one-day game by his standards,” Hohns said.

The Indian fans will also get to see Australia’s star players — David Warner and Steve Smith — in action.

The first ODI will be played in Mumbai on January 14, followed by Rajkot (January 17) and Bengaluru (January 19).

Hohns is confident that Labuschagne will come good in challenging Indian conditions.

“Marnus Labuschagne is ready for his international white ball debut after his strong form for Queensland in this form of the game,” said Hohns.

“The performance of our white-ball squads has been strong and we are hoping to build the momentum towards the T20 World Cup at home at the end of the year and ultimately build towards the 2023 World Cup in India,” he added.

Head coach Justin Langer will not be travelling to India for the short tour with assistant coach Andew McDonald taking charge.