A supposedly jet-lagged side, a not-so-memorable history, and a spirited New Zealand waiting to pounce – all of this was stacked up against Team India as they fought their first T20I battle at Auckland, the only venue that has been somewhat kind to them in the past. And it was the same today too. Largely […]
By Saumin Parmar Fri, 24 Jan 2020 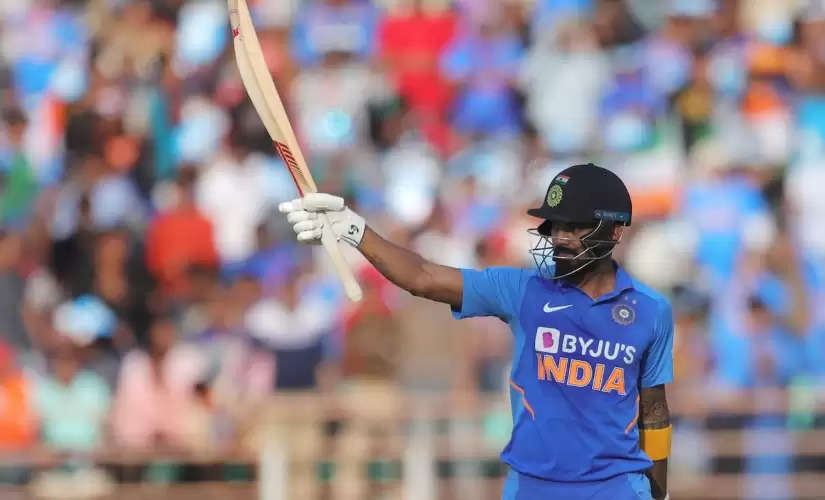 A supposedly jet-lagged side, a not-so-memorable history, and a spirited New Zealand waiting to pounce – all of this was stacked up against Team India as they fought their first T20I battle at Auckland, the only venue that has been somewhat kind to them in the past. And it was the same today too. Largely due to the emergence of a all-season commodity or as Harsha Bhogle calls it, a multi-cuisine chef known as KL Rahul. India won by 6 wickets registering their third-highest successful run-chase in T20Is.

Also Read: NZ v IND: Game Plan – Who can get Virat Kohli out in T20Is?

Such has been his positive impact on the side of late that he is yet again drawing comparisons with the great Rahul Dravid, not just for his name and demeanour but for his selflessness and the ability to do-it-all for the team.

KL Rahul has been in a tremendous run of form lately but it’s the T20 format that has brought out the best in him. His form at the top of the innings seems unshakeable. He is ready to go all guns blazing, has a fair sense of what is coming at him, and most importantly he treats the opposition with nonchalance and disdain.

Maybe, he thinks he’s facing a bunch of academy rejects who in fact are the best opposition bowlers. The home series against West Indies and Sri Lanka set him in motion, while the opening game versus NZ saw him shift gears of form with utmost east and flamboyance. A consistent strike rate of 150+ speaks volumes of the form he is in. His last 12 innings yielded 511 runs at an average of 51. Not to mention he had a fantastic domestic limited-overs season for Karnataka.

This is India’s second 200+run chase in the last two months and Rahul has been at the forefront in both of those. The earlier instance was against West Indies in December last year when he scored a 40-ball 62 to set the tone of the innings in spite losing his partner Rohit Sharma early on. Skipper Virat Kohli took care of the rest.

Be it opening the innings or chasing, Rahul has made it a habit to stick to his basics and still deliver the power game, something not easily seen in a fast-paced T20 universe. This gives the team a great start and doesn’t put the middle-order under due Pressure. The opposition of course, is charting out field algorithms to see him walk back.

Call it whatever you may, drawing the first blood or commanding the first onslaught. Rahul wants to do it all. As simple as that.

The most enterprising thing about KL Rahul is that of his wicket-keeping role in addition to his existing role. Donning the gloves has already put him in added limelight, but he has hardly shied away from it.

With his skipper announcing on the eve of the match of him being slotted in as a regular wicket-keeper, a closer look at this thought would convince you. There are absolute positives attached to it. He has kept well without a blemish, allows to fit in an extra batsman, and most importantly helps maintain the balance of the side.

It’s the year of the T20 World Cup and a solidity behind the stumps is what India are desperately looking to seal. The dashing right-hander on the other hand, has gleefully accepted to do whatever is in the best interest of the team. Talk of adjustment in ODIs and he has shown his mettle at No. 5 too. For all that can be said, this bloke just wants to perform hard, put him anywhere in the field.

As impressive as it may sound, Rahul is making all the roles his comfort zones enabling him to be at his best under any situation. The fact that he started off as a young wicket-keeper is just an added dimension to his batting that is paying off well today, both for him as well as the team.

But, does it take the spotlight away form the likes of Rishabh Pant and Sanju Samson? Well, if Kohli is to believed, one shouldn’t be confused of the options they have on hand.

This might be just be the start, but he has the dedication and work ethics to make every moment of his role count. If this works out right, there will be nothing like it.

Let’s just believe KL Rahul is at the most crucial stage of his career and there are no two ways about it. Is he going to have a breakthrough 2020? He certainly can!