The nominees for the ICC Men's and Women's T20I Cricketers of the Year Award were revealed on Thursday, December 29.
By CX Staff Writer Thu, 29 Dec 2022 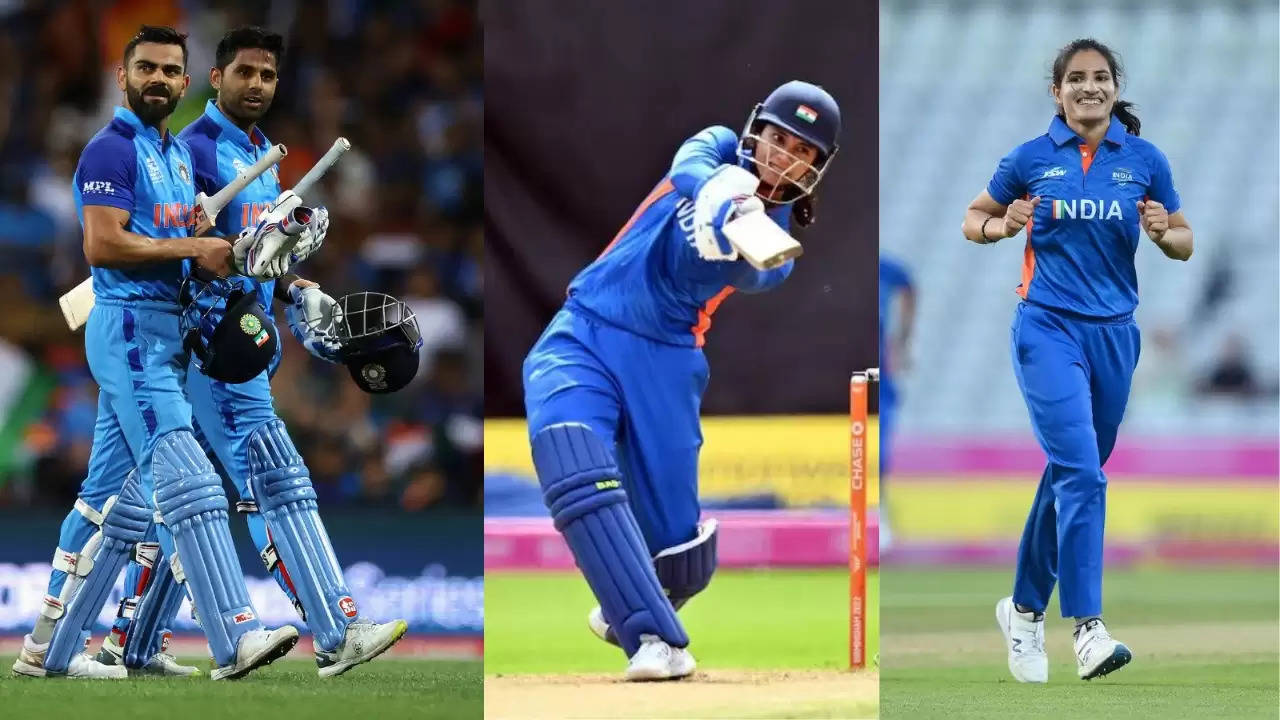 The International Cricket Council (ICC) narrowed down a list of nominees for the ICC Men's and Women's T20I Cricketers of the Year Award, and one Indian each has been nominated in either category for their stellar run through the year.

Suryakumar Yadav has been named as a nominee in the Men’s category, with England’s Sam Curran, Pakistan’s Mohammad Rizwan and Zimbabwe’s Sikandar Raza being the other three.

Suryakumar aggregated 1164 runs at 46.56 and a strike-rate of 187.43 with a mind boggling nine fifties and two hundreds from 31 innings in the period. He attained the top position in the ICC Men’s T20I Rankings for batters, and holds the position to date.

Curran bagged 25 wickets at 21.08 and maintained an economy of 7.56, and played a crucial role in England’s T20 World Cup 2022 title win. He was named the Player of the final and the Player of the Tournament for his supreme consistency with the ball, and following that, he bagged a blockbuster INR 18.50 crores deal with the Punjab Kings at the IPL 2023 mini-auctions last week.

Mohammad Rizwan, the ICC T20 Player of the Year 2021, aggregated 996 runs at 45.27 in 2022 with 10 fifties, and was an integral part of the Pakistan setup that finished runners-up at the Asia Cup and the T20 World Cup. Sikandar Raza makes the cut on the back of his all-round brilliance, which also helped Zimbabwe to make it to the Super 12s of the T20 World Cup and register a historic win over Pakistan, after they had missed the last year’s edition.

ALSO READ: India v Pakistan Test at the MCG could be a reality soon

Opener Smriti Mandhana was one of the four nominees in the Women’s category, the other three being Pakistan’s Nida Dar, New Zealand skipper Sophie Devine and Australia all-rounder Tahlia McGrath.

McGrath, who made her T20I debut last year, attained the top position in the ICC Women's T20I Rankings for batters, scoring 435 runs at an impressive 62.14, while also bagging 13 wickets.