PAK vs NZ ODI series 2023 Live Streaming Details: When and where to watch Pakistan vs New Zealand ODIs LIVE on TV in India and Other Locations, Squads, Dates, Timings and Venues

Pakistan host New Zealand for their next set of ICC Super League ODIs in Karachi, with the two teams eyeing solid preparations towards 2023 World Cup.
By Kashish Chadha Mon, 9 Jan 2023 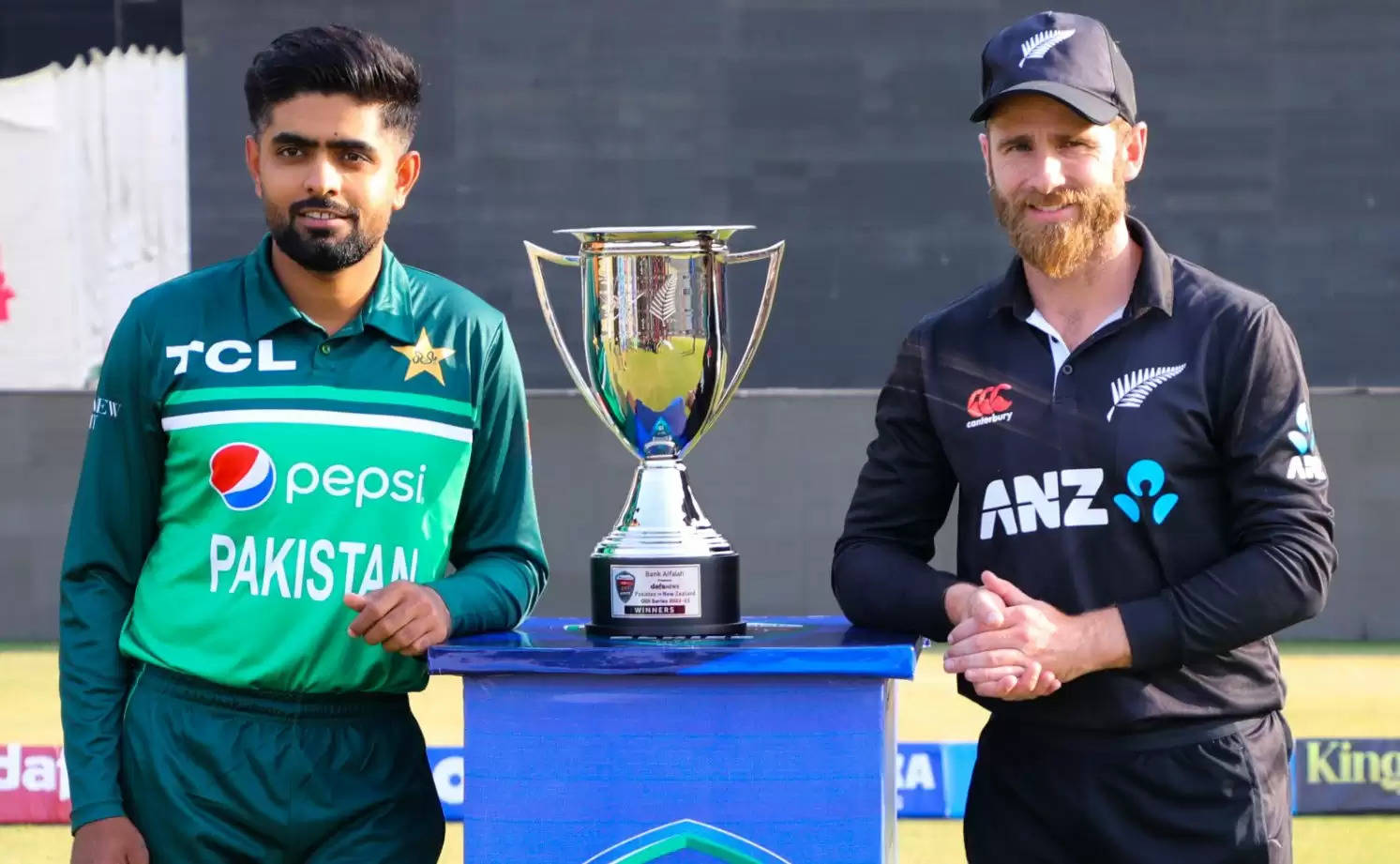 After a gripping Test series that ended in a hard-fought 0-0 scoreline, New Zealand's historic trip to Pakistan continues with a three-match ODI rubber. The ODI leg of the tour is part of the ICC Super League, which acts as a direct qualification tournament for the 2023 edition of the ODI World Cup.

Both the teams will be eyeing crucial points while partly preparing towards the marquee ICC event only 10 months away. While New Zealand are placed second in the 13-team competition points table with 12 wins from 18 matches, Pakistan are positioned sixth with just as many victories from 18 games but more losses to their name.

The top 8 qualifiers for the India World Cup look more or less confirmed but hosts Pakistan would still be hoping to secure a series win and keep themselves as safe in the standings as possible. For New Zealand, the series will be about building on their gains for the tour and earning quality subcontinental practise heading into an Asian 50-over major event.

Also Read: India v Pakistan Test at the MCG could be a reality soon

The series will be televised live in India on Sony Sports Network.

Pakistan-based viewers can relish the action on Ten Sports.

Those living in New Zealand can tune into Sky Sports NZ.

The three-match ODI series will be live-streamed on Sony's digital application 'Sony Liv'.