Babar Azam will lead a strong Pakistan squad that kick off their campaign in Dubai on August 28.
By Kashish Chadha Wed, 3 Aug 2022 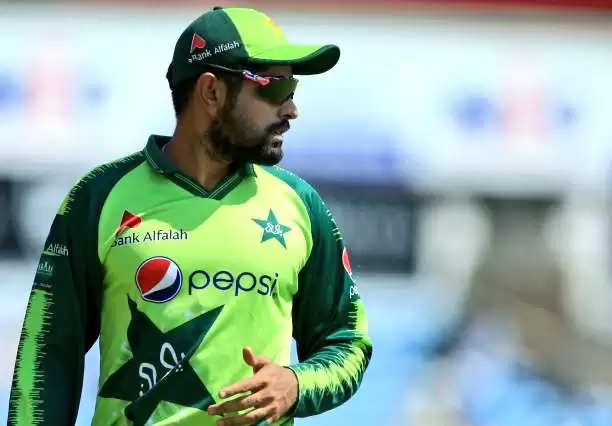 Pakistan are part of Group A alongside arch-rivals India in the six-team Asia Cup T20.

Pakistan have dropped experienced pacer Hassan Ali for the Asia Cup T20 in UAE, starting August 27. One day after the confirmation of their marquee clash with arch-rivals India in Dubai, Babar Azam & company have come up with their squad for the tournament, missing one of their incumbent seamers.

The selectors have named young Naseem Shah in the touring party for the Middle East in absence of Ali, whose struggles since the start of the year haven't down well with the decision-makers. The right-armer is averaging a horrendous 67.40 in Tests for the year, and failed miserably during the recent series in Sri Lanka.

In T20Is, since the beginning of last year's T20 World Cup in UAE, Hassan Ali has taken only 8 wickets and conceded runs at an expensive 8.63 an over, while averaging a poor 32.37.

The pacer has failed to make his presence felt over the past many months and has been punished with a sacking ahead of the Asia Cup, which is considered critical to Pakistan's preparations for the T20 World Cup in Australia in October-November.

Barring Ali, Pakistan have a full-strength squad available at their sleeves for the tournament where they are part of Group A alongside India and the to-be-decided qualifying side in the six-team competition that concludes on September 11.

The PCB confirmed in a media release that lead quick Shaheen Afridi will be travelling with the side to UAE even as he goes through the last leg of his rehabilitation programme under the supervision of team trainer and physiotherapist. The left-arm pacer had missed the second Test against Sri Lanka in Galle late last month due to a knee injury.

Pakistan begin their campaign with a clash against India on August 28 in Dubai and take on the qualifying associate side in Sharjah on September 2. Top 2 teams from respective groups will make the cut for the Super 4 round, from where the top 2 will contest the final in Dubai.