'Phasing out Virat Kohli from some formats would be a blunder': Former India selector

Former India cricketer and selector Saba Karim has asked the Indian selectors and team management to assist Virat Kohli in regaining his form ahead of the T20 World Cup 2022 in Australia.
By CX Staff Writer Thu, 28 Jul 2022 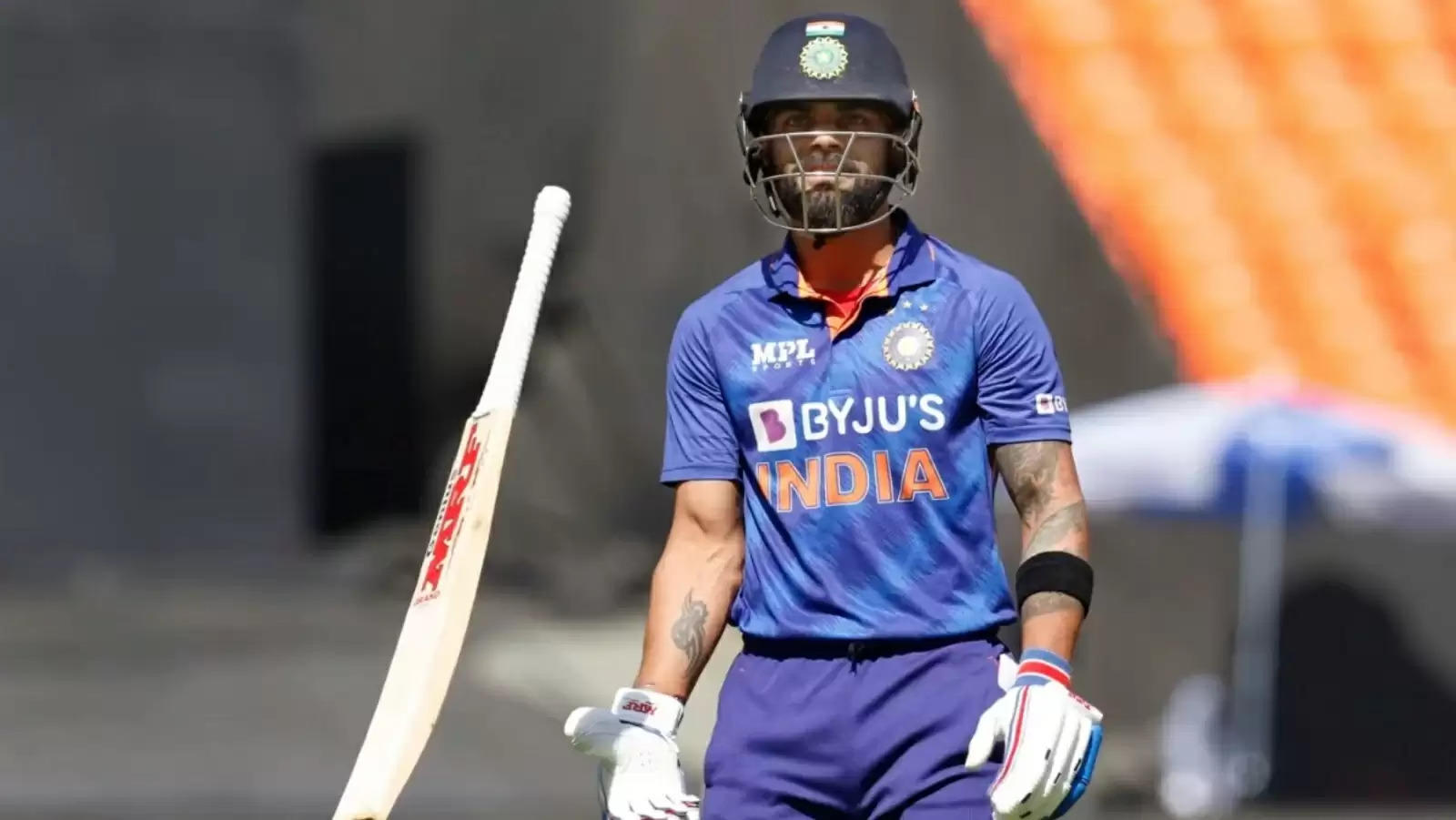 Virat Kohli was granted a leave ahead of India’s ongoing tour of the West Indies.

Virat Kohli’s form remains one of India’s prime concerns ahead of the T20 World Cup 2022 in Australia, which is now less than three months away. The former India captain hasn’t registered an international hundred since November 2019, and his recent numbers in the shortest format haven’t been much encouraging.

Kohli managed 1 and 11 in the two T20Is he played against England earlier this month, and had registered seven single-digit scores, including three golden ducks from 16 innings at the IPL 2022 earlier, maintaining a strike-rate of just 116 during the competition.

While there have been growing debates over his place in the T20 World Cup squad, former India cricketer and national selector Saba Karim feels that a proper path should be charted for the batter to regain his form.

"First, I think the selectors and the team management have to figure out whether Virat Kohli is essential for India's preparation for India's T20 World Cup side or not. And once the selectors decide the team management feels that Virat Kohli is essential to the team’s success then I’d chart a path for Virat Kohli’s comeback to great form," Karim told Sports18's daily sports news show ‘Sports Over The Top.’

Kohli was granted a break from India’s ongoing tour of the West Indies, but several reports suggest that he’ll feature in the ODI series in Zimbabwe next month in bid to get some runs under his belt. Karim emphasised on the importance of conversation and a clear thought process between the player and the management, while downplaying the role of the Zimbabwe series’ in helping Kohli ahead of the T20 World Cup.

"I think that's the time when the selectors or the captain or Rahul Dravid would love to have a chat with him and then try and take it forward. I would not want to have any kind of imposition on Virat Kohli that ‘Hey listen, you have to come back and play this Zimbabwe series otherwise we’ll not pick you for the World Cup T20.’

"So, I think once you decide that he is such an essential player for the team’s success, then I reach out to him. I’ll say okay, it is up to you to decide whether you want to come back and play the Zimbabwe ODI or you want to take an extended break and come back for the Asia Cup T20."

Karim backed Kohli to be an important member across formats, including the T20 World Cup. He asked for the management and selectors to refrain from making 'a blunder' of phasing out Kohli from the current setup.

"I would say that'd be a blunder from India's perspective. Never do that,” said Karim, who represented India in one Test and 34 ODIs between 1997 and 2000. “And I think Virat is such an important figure in the Indian line-up. The way I look at it, the way Rohit Sharma and Rahul Dravid have backed him, that makes sense because they know that Virat Kohli, fully back in good form, will be extremely beneficial for the team’s success in the World Cup T20.

"So, I think for the time being, as I said earlier, have a chat with Kohli, find some kind of a common part and then try and take it forward and make him feel as much as possible that he's such an essential player for India's success and take a call after the world cup T20 have another conversation with him and then decide how to take it forward.