Sydney, Jan 4 (AP) Marnus Labuschagne’s stellar summer reached a new peak with his maiden double century as Australia was bowled out for 454 on the second day of the third test against New Zealand at Sydney Cricket Ground. Marnus Labuschagne scored 215 off 363 balls, with 19 boundaries and a six, before his epic innings […]
By PTI Sat, 4 Jan 2020 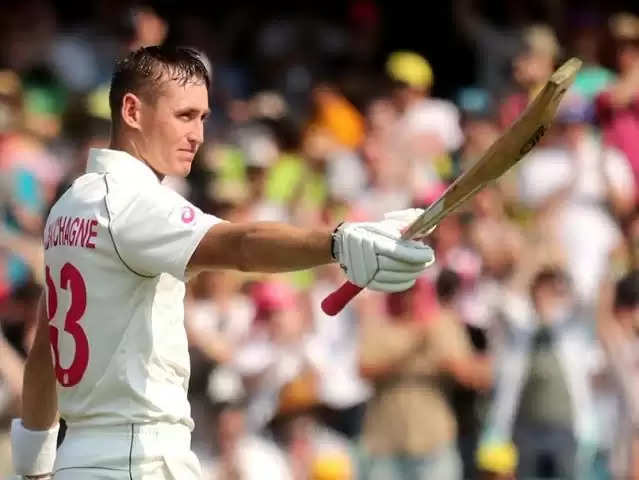 Sydney, Jan 4 (AP) Marnus Labuschagne’s stellar summer reached a new peak with his maiden double century as Australia was bowled out for 454 on the second day of the third test against New Zealand at Sydney Cricket Ground.

Marnus Labuschagne scored 215 off 363 balls, with 19 boundaries and a six, before his epic innings was ended caught and bowled by legspinner Todd Astle nearing tea on Saturday.

It took Labuschagne well over an hour into the middle session to get the final 19 runs he needed from his 181 not out at lunch and the 25-year-old was stalled for several overs on 199 before a streaky outside edge off Colin de Grandhomme raced away for a boundary and gave Labuschagne his first double century off 346 balls.

The world’s fourth-ranked batsman has scored 837 runs in five matches, including four centuries, this summer at an incredible average of 119.6. He is also the first player to make four test scores of 140 or more during an Australian summer.

Skipper Tim Paine, who shared a 79-run partnership with Labuschagne, scored 35 before he was bowled by de Grandhomme (3-78) to trigger a late-order collapse for the hosts.

Astle then snared Labuschagne and Pat Cummins (2), either side of Wagner bowling James Pattinson (2).

Some lusty hitting from Mitchell Starc (22) saw Australia pass 450 before Wagner (3-66) hit his middle stump to end the innings.

New Zealand will begin its first innings after the tea interval.

Resuming this morning at 283-3, Australia added 71 runs for the loss of two wickets before lunch in what was the most even session of the test so far.

After making five changes for this match, four of which were for illness or injury, New Zealand’s tour took another blow with news that seamer Matt Henry had broken his thumb early on the first day and Jeet Raval had taken ill.

Henry continued to bowl as the injury is to his non-bowling hand, but he was seen wearing a splint under heavy strapping when play commenced Saturday, while Raval reappeared in the field late in the first session.

Despite the latest personnel setbacks, Saturday’s first session was New Zealand’s best in the field with spinner Will Somerville bowling Matt Wade (22) in the first over the morning, before Henry had Travis Head caught behind for 10.

On Friday, Labuschagne and Steve Smith (63) combined for a 156-run partnership to swing the momentum firmly toward the hosts after Paine won the toss and batted.

Conditions at the SCG were hot and conditions may worsen later in the day as smoke from the current wildfires in New South Wales state drift toward the city. (AP)