There are few players who have consistently upped their skill and have brought their A-game to the fore against India. Mushfiqur Rahim would top that list for sure. The latest addition to his heroics came in the first T20I at Delhi on Sunday where his unbeaten 43-ball 60 saw Bangladesh romp home for a historic […]
By Saumin Parmar Mon, 4 Nov 2019 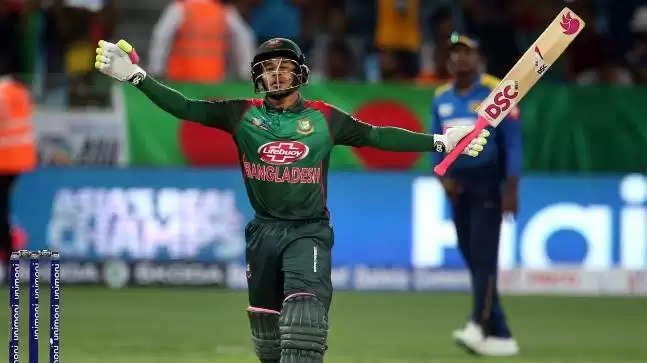 There are few players who have consistently upped their skill and have brought their A-game to the fore against India. Mushfiqur Rahim would top that list for sure.

The latest addition to his heroics came in the first T20I at Delhi on Sunday where his unbeaten 43-ball 60 saw Bangladesh romp home for a historic win with 7 wickets to spare, their first in a total of 9 encounters between the two sides. And who better to see through it all, if not for the man himself. He stayed calm and composed throughout the innings, kept Bangladesh in the chase without panicking, and seized his moment going after Khaleel Ahmed in the penultimate over of the chase, hammering him for four consecutive boundaries. He made the writing clear on the wall. They weren’t giving it up this time around.

However, it isn’t the first instance where the pocket-sized dynamite, as he is often referred to, has troubled the Indians.

In the league match of the Nidahas Trophy in 2018 at Colombo, he scored an unbeaten 55-ball 72 in a losing cause. He wasn’t subdued at all by a largely inexperienced Indian bowling attack then.

Winding back a couple of years, it was the quarterfinal of the World T20 2016 and a virtual quarterfinal that drew maximum attention. With Mushfiqur at the crease and 11 required off the final over, he creamed Hardik Pandya for back-to-back boundaries. With the victory in sight and just a hit way, his pre-mature celebrations came biting him as they eventually fell short by 1 run, courtesy Pandya and MS Dhoni’s brilliance. The mission had got stalled then. It was a small knock but an extremely useful one considering the stage it was played on. The fact that he proved to be a thorn in India’s plans in such a high-profile game shows he is always up for the challenge against their toughest opponent.

The 2014 Asia Cup also speaks highly of the wicketkeeper-batsman’s special liking for India. Though he could not prevent an Indian victory, he scored a brilliant 113-ball 117 to set India a competitive 280-run target.

More than a decade earlier in 2007, it was his elegant drive through the covers that sent India crashing out of the 2007 World Cup. Playing in only his 12th ODI, it was an unbeaten 56 that served Bangladesh’s purpose then. He was barely 20 and was still finding a footing in the international circuit. What made the defeat bitter for India was the fact that Bangladesh were relatively minnows. The same prefix can’t be used now though.

And Mushfiqur has been at the forefront of it. Gone are the days when a win by Bangladesh would be termed as an occasional upset.

With Bangladesh taking an early lead in the series, they would pretty much give a shot at winning the series at Rajkot.

And the visitors would be hoping for some more fireworks from Mushifqur once again. So it remains to be seen what more he has in store.