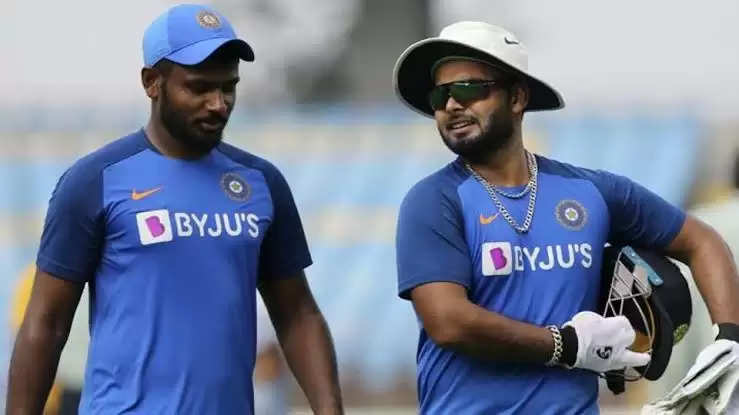 Enough of heart-breaks, we need an ICC trophy – the urge of every Indian Cricket Team fan currently. A few ICC tournaments in the upcoming years – T20 World Cup 2020, T20 World Cup 2021, World Test Championship 2021 (Final) and ODI World Cup 2023. The first assignment is the T20 World Cup 2020 in Australia. As of now, the time left for it is eight months and a couple of weeks.

India, in their current schedule, don’t have a lot of T20 matches with the next one against England in September a month before the T20 World Cup. An ODI series against South Africa at home, after their current New Zealand tour. The Indian Premier League will be consuming about two months. After IPL 2020, a few bilateral series. The Asia Cup 2020 is scheduled to be held in September. And, by that time, India should get their squad locked, keeping injuries aside.

After the Asia Cup, India will face England and Australia – two teams you can put your money on to beat India in the white-ball cricket. These two assignments are very close to the T20 World Cup. Thus, it is the utmost requirement for the Indian team management to be crystal clear about their plans.

Also Read: How KL Rahul is closing the door on MS Dhoni

A few players are deadlocked – Virat Kohli, Rohit Sharma, KL Rahul, Hardik Pandya and Jasprit Bumrah. Coming to nearly locked – Yuzvendra Chahal and Kuldeep Yadav. Rishabh Pant, Shikhar Dhawan, Shreyas Iyer, Ravindra Jadeja and Mohammed Shami are in the serious contentions. Navdeep Saini and Deepak Chahar have been fairly impressive in the T20Is, particularly Saini who looks capable enough to partner Bumrah in the death. So, these two are in India’s plan as well. Dinesh Karthik doesn’t seem to be in India’s plans.

It would be too early to say that Shardul Thakur would be going to Australia, and India have better options than him.
The few fringe players India have tried so far are Sanju Samson, Vijay Shankar, Krunal Pandya, Shivam Dube, Washington Sundar, Rahul Chahar, Mayank Markande and Siddharth Kaul.

The Indian team management doesn’t have a lot of time to groom a player for the mega event in Australia. And, they have discarded a few of them, and need to discard a more few of them.

Shivam Dube is a pace-bowling batting all-rounder on paper. The Indian team management has gone for other such options because of Hardik Pandya’s prolonged injury.  What’s the role of Hardik Pandya in this team? A finisher who can bash spin and smoke pace in the death overs. Plus, he provides a decent value with the ball too – we did see that in the World Cup 2019. Pandya has improved both the aspects massively, and it would be unfair to compare a new-comer, Shivam Dube, to him.

In India’s last T20 series against New Zealand, Dube batted at five in four games and was promoted to bat at three once. He failed, miserably. The 26-year-old is pretty tall and the height gives him an advantage against spinners, especially against leg-spinners as he is a lefty. The spinners mostly bowl in the middle-phase of the innings, and Dube can be good personnel to hit spin in that phase. However, what about pace? He has got power and the might to do the job against medium-pacers. But Dube hardly stands a chance against express-pacers. And, a finisher should be able to hit express-pace.

In nine innings at the highest level in the shortest format, he has not inspired enough promise, despite scoring a fifty against the West Indies. In 34 in T20s, the southpaw averages about 17 with a strike rate of less than 140. The numbers worsen in T20Is but the sample size is quite small. His experience against quality bowling is quite low, and he hasn’t played enough number of IPL matches as well. Even though he has potential but it won’t be wrong to say that he is far away from being international material as of now.

India tried Vijay Shankar before World Cup 2019 and was even in India’s World Cup 2019. However, he is seen nowhere India’s squad currently. India might want to go back to him or they won’t if Hardik gets back.

Sanju Samson, a player who possess oodles of talents and has high-level skills, is another in contention. Samson is a top-order player but has skills to succeed even in the middle-order. Against pacers, he is very much like KL Rahul – relies on timing the ball and has wonderful stroke-play in his repertoire. As far as power-hitting is concerned, he has only improved in that aspect, specifically in recent years. Samson is a good player of spin as well.

There’s no reason why he can’t succeed at the international level, but the Kerala-born has failed to convert that into performance even in the domestic circuit as averages of 37.64 (first-class), 30.57 (List A) and 26.98 (T20s) reveal.

The wicketkeeper-batsman was given a couple of opportunities against the Black Caps. In the second over of the fourth match, Samson smoked a six and the ease with which he played was a sight to behold. However, he threw his wicket, courtesy a poor shot selection. In the next game, he got out cheaply again. The right-handed batsman timed the ball perfectly but was caught by Mitchell Santner before it could sail off.

India don’t have sufficient time to give him a longer rope. Also, there’s the fact that Samson hasn’t performed consistently in the domestic circuit to make his case stronger.

If India are searching for another batsman, they might think to go for Suryakumar Yadav who scored a truckload of runs in domestic cricket recently. With Rishabh Pant and KL Rahul in the squad, they don’t need another wicketkeeper-batsman, anyway.

Washington Sundar inspired a lot of confidence in the very beginning of his international career. Often used in the powerplay, Sundar controlled the flow of runs. The off-spinner is generally disciplined with his lines and lengths and doesn’t depend on the turn much.

The Kiwi batsmen attacked him and Sundar couldn’t find his line and length right more often than not. In the first match, Sundar didn’t bowl in the powerplay. And, he doesn’t bowl in the middle overs generally. So, it would be harsh to criticise him much for that. However, the question arises – is he limited to bowl in the first six overs only? It seems so.

With the bat, Sundar is quite good as a late order option. The left-handed batsman is a very good hitter of spin bowling and against pacers, he banks on timing. A decent prospect as an overall package. But again, the lack of time comes into the picture and India might think of discarding Sundar from their plans. Also, he was injured for some time which kept him away from the Indian team.

The Indian team management might want to bring Krunal Pandya back again. The senior Pandya brother has produced three match-winning performances in the shortest format at the international stage and has bagged three ‘Man of the Match’ awards so far. Krunal also won a ‘Man of the Series’ award in the away series against the West Indies in 2019.

The IPL 2020 will be very important this time around. It will give a better picture of the players who are yet to nail down their spot in the Indian T20I team.

To recollect the T20 World Cup trophy and breach the knock-out curse, India shouldn’t lack clarity while taking decisions – which they have recently.