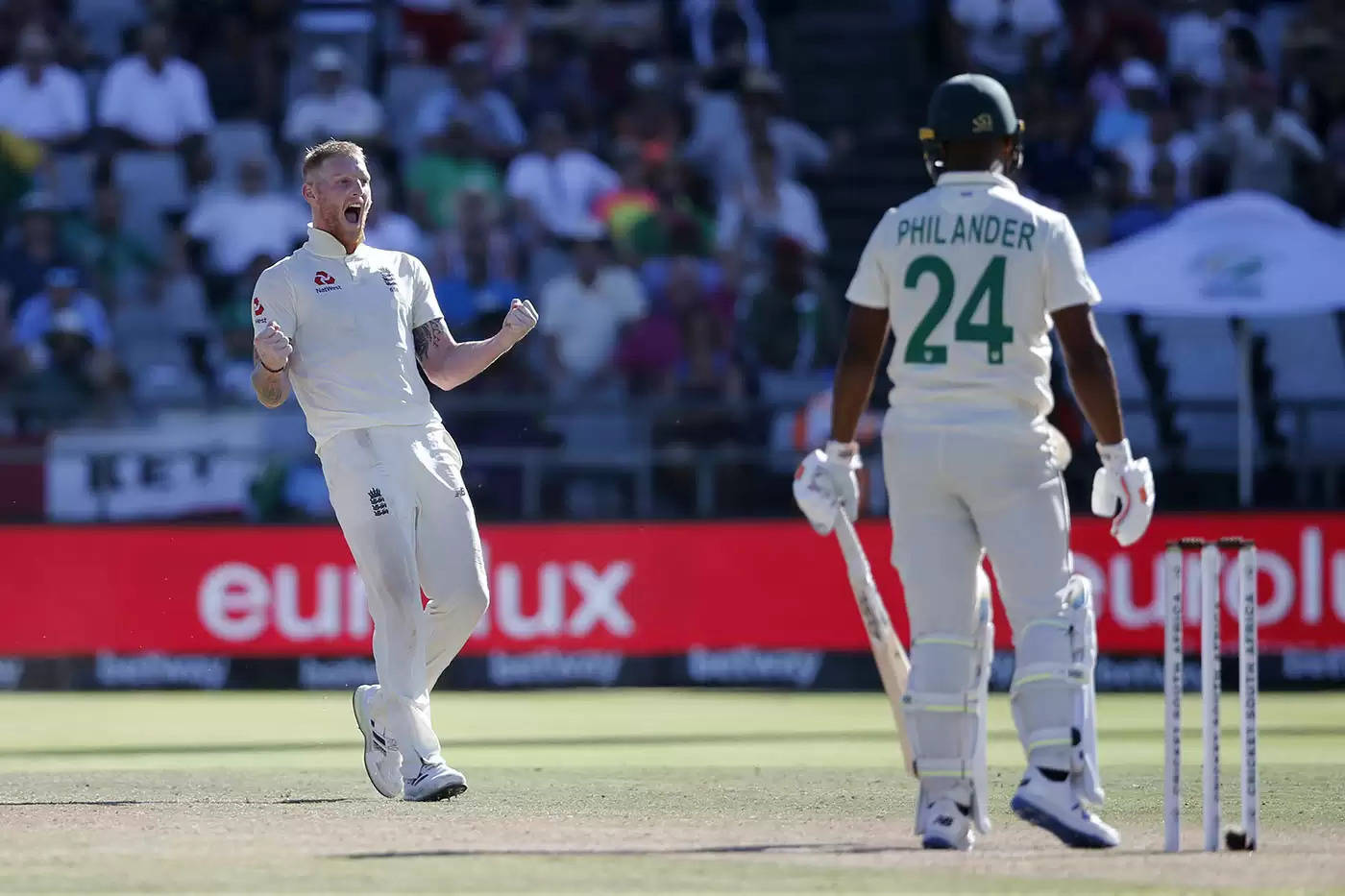 2019 was the year of Ben Stokes. No, he wasn’t the leading run-getter in any format. No, he wasn’t the leading the wicket charts either. It was the sheer impact and the moments during which he stood up and delivered that defined the year for him. Every time England were in trouble, they had Stokes coming to the fore, standing up, taking control of the situation and taking England home.

2019 was as dramatic as any calendar year could get for Stokes and there’s no doubt, he owned the year.  If there was a movie made on him – and there should be – 2019 will no doubt be the most highlighted year. And 2020 has started in a similar way.

Make no mistake, people think it was only with the bat that Stokes delivered. But be it in the field, with the ball or with the bat, Stokes has often been left as a lone ranger and he’s come out triumphant from the direst situations. He has been the flagbearer of England’s Test cricket – forget his limited-overs exploits – at a time their red-ball team has gone downhill. You name moments in England cricket in 2019 and there will be Stokes fighting it out, battling it as a lone warrior to help England get over the line.

After a couple of lone ranger type performances where he couldn’t take his team home, Stokes took it upon himself to drive England in the run-chase in the World Cup final when all hope was lost. He did have Jos Buttler for company but towards the end, it was all on him when everything was stacked against England.

The Ashes was nearly lost at Leeds – third Test (England were 0-1 down). There was literally no hope. But there was Stokes again, lifting England up first and then delivering the home run, keeping the urn alive, at least for that moment. Ben Stokes of England celebrates hitting the winning runs to win the 3rd Specsavers Ashes Test match between England and Australia at Headingley on August 25, 2019 in Leeds, England. (Photo by Gareth Copley/Getty Images)

World Cup, check. Keeping the Ashes alive, check. And now, a special win for England in South Africa, a rare away win. The Ben Stokes enigma just fails to die.

Even in the first Test at Centurion, when England were chasing 376, all hopes were pinned on him. He walked out to bat in a similar situation but couldn’t drive England home. But he rectified that in the New Year’s Test at Newlands in Cape Town.

119 runs across two innings, three wickets, six catches. These are not numbers that blow your mind or stand out. If you take a look at the scorecard, Ollie Pope was the top-scorer in the first innings. James Anderson picked up a fifer and went past Sir Ian Botham on that tally. Dominic Sibley struck a fine ton in the second essay to lead England’s fightback. Yes, most of them had a significant impact on England’s win. But none more than Stokes’ all-round effort.

Be it with the bat or ball or even in the field, Stokes had a massive impact. And to think that the win was achieved with a mere 50 balls to spare in the Test match, makes his performance even bigger and better.

There was a patient 47 in the first innings that will get ignored most times. It wasn’t the top-score but his partnership with Pope did stabilize things for England briefly. Then there were a record five catches in South Africa’s first innings. No other England fielder (non-keeper) has taken more catches in a Test innings before. There were a couple of drops as well but there are few who can have an impact such as Stokes in the field. He is safe as a house and those drops were surprising, considering the standards the Kiwi-born has set. Yet, the stunners were so stunning that the glitches were masked. 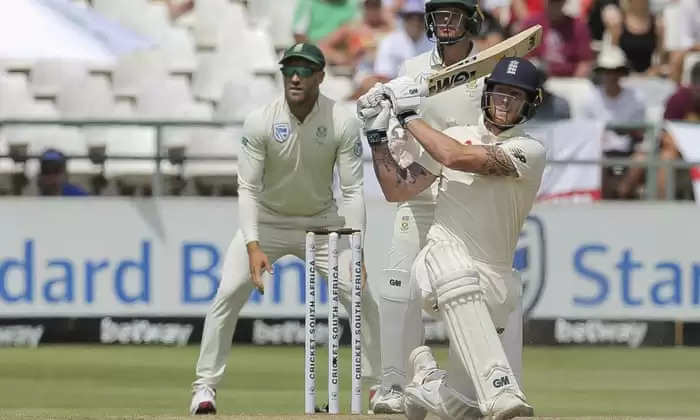 The first innings like most times was more sedate but then came the second innings. England carried the momentum they built with the ball and built the lead. But by stumps on the third day, England were 264 ahead and needed to press the foot on the accelerator. They needed to be bowling in the final session of the fourth day and needed four sessions at South Africa.

But Stokes ensured they got much more than that. He walked in and smashed the Proteas attack to all corners of the Newlands Stadium, helped by Faf du Plessis’ bizarre decision to delay the second new ball. Remember, it was at Newlands four years ago when he smoked the fastest 250 in Test cricket. There were some audacious shots, ones only Stokes can or will try to play. The England all-rounder smashed a fifty in a mere 34 balls (second-fastest in Test history by an England player). Stokes ended his knock with a 47-ball 72 which included seven fours and three sixes. He allowed Sibley to play the way he wanted to. He gave England some quick runs and impetus before lunch and allowed them to declare way before Tea on day four, the time later proving to be crucial.

In the second innings, South Africa are known for stonewalling and dead-batting when the situation demands and they’ve done it in the past. Yes, this is a different team and barely has any players from those past innings of stone-walling. But the tradition never dies and they had skipper Faf du Plessis who has done it successfully before as well.

England threw almost everything at South Africa and the game ebbed and flowed between an England win and a draw. But then the difference was once again Stokes and this time with the ball. There were six bowlers used before Stokes in the second innings. He bowled a tireless seven-over spell creating a few jittery moments on the fourth evening.

He bowled a couple of spells on the fifth day as well but when England needed someone to wrap up the lower order and when it was just about starting to get irritating and nagging, there was Stokes delivering the knockout punch. The five frontline bowlers combined to pick the first seven wickets and it was in the 126th over that Rassie van der Dussen’s vigil came to an end and he was South Africa’s last recognised batsman that was dismissed.

However, they had Vernon Philander and Dwaine Pretorius who were no mugs with the bat and were capable of seeing off the day. They just had to survive the final hour and had done a decent job until that final drinks break as well.

Ben Stokes in the last 9 months:

Stokes sent out a working over and troubled Pretorius on almost every delivery of that over (132nd of the game). He got into Pretorius’s mind as he generated some good reverse swing and it was in the next over, he reaped rewards. The pace-bowling all-rounder first had Pretorius nicking one to first slip before having Anrich Nortje edged one to third slip. A couple of overs later, he had Philander nicking to the cordon as well and led England to a famous win.

Runs, wickets, catches – you name it and he’ll do it for you. He may not always standout but when it comes to crunch moments, England needn’t look farther than Stokes. He did it in 2019 and he’s started 2020 just like how most part of 2019 was for him, leading England to dramatic wins.