'Can't smack dab in the middle of a World Cup' - Quinton de Kock hits out at CSA members, explains why he refused to take a knee at T20 World Cup

Quinton de Kock recounted the controversial episode of him refusing to take the knee in support of the global BLM campaign. 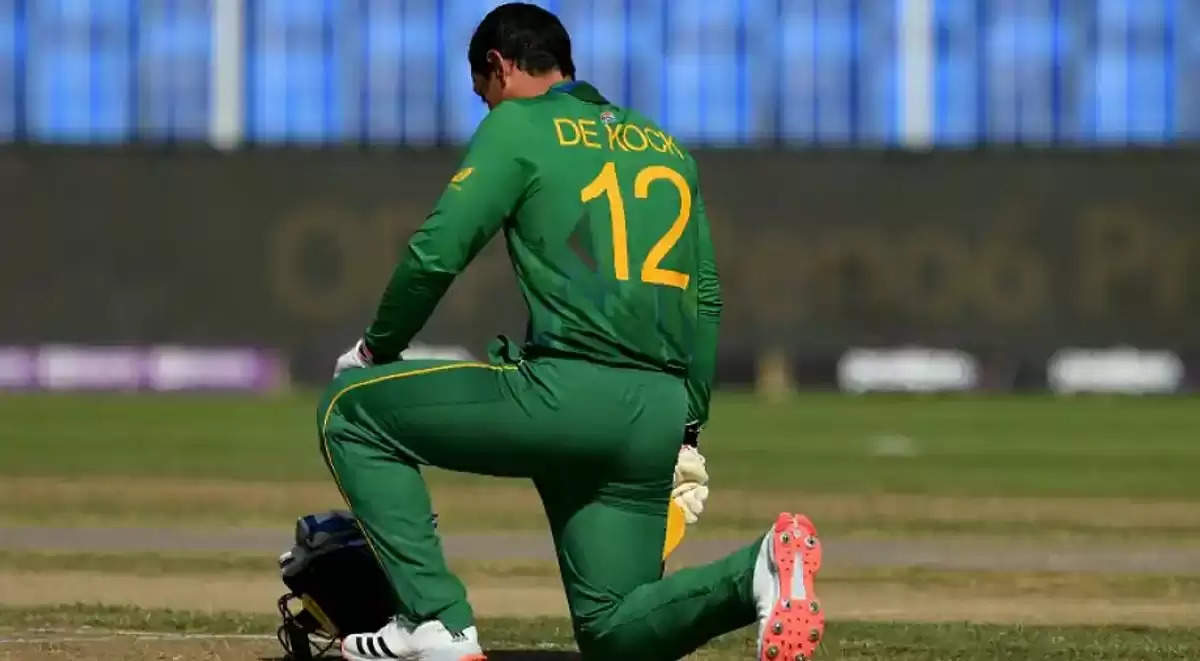 Quinton de Kock reopened on his controversial decision to not take the knee in support of the 'Black Lives Matter' campaign during the T20 World Cup last year.

The South African wicketkeeper-batter reinforced his stance, having skipped the Super 12 game against the West Indies in Dubai after the CSA directive made it compulsory for players to fall in line with the anti-racism gesture.

"I would not have done anything differently," said the experienced Proteas cricketer in an interview with Times of India even as his decision to skip the Caribbean fixture attracted a lot of flak, with many questioning his ethics and inclinations when a global anti-racism movement has been on the rife.

Quinton de Kock resumed his playing duties from the next match after discussions with the CSA officials. He had also issued a statement, explaining his stance and highlighting his mixed-racial family background. The cricketer has been taking the knee ahead of every game since then.

But the 29-year-old still believes the CSA regime could have taken a stance of greater understanding with players like him rather than imposing their directive on them.

Quinton de Kock in favour of concrete moves, not gestures, against racism

"We all stand by what we believe in," he said. "I know how I am. I know I'm not a bad person. I've got nothing to hide. That's why I wasn't scared. I think the board members, or whoever gave that directive (to compulsorily take a knee), could have done things differently, not just smack dab in the middle of a World Cup the morning before a game."

"The pressure was thrown onto the players, which was unnecessary. We had a lot of youngsters in the team."

Making a larger point through his stance, Quinton de Kock said it is important for stars with global appeal to come out and make a difference with concrete on-ground messaging and decisions rather than popular gestures.

He agreed that, many years after the official end of the apartheid era, the rainbow nation is still engulfed with the malaise of racial discrimination and colour-based prejudice, calling it the "biggest problem".

"Every country has their own problems," De Kock said. "There are problems around the world that each person can relate to. Back home we have gender-based violence. In SA it's the biggest problem. As players we try our best to help out any way we can.

"In all honesty, we're not natural-born activists. We're cricketers but we are also at the same time influencers. Maybe we can't change much in the communities, but we can help share awareness."