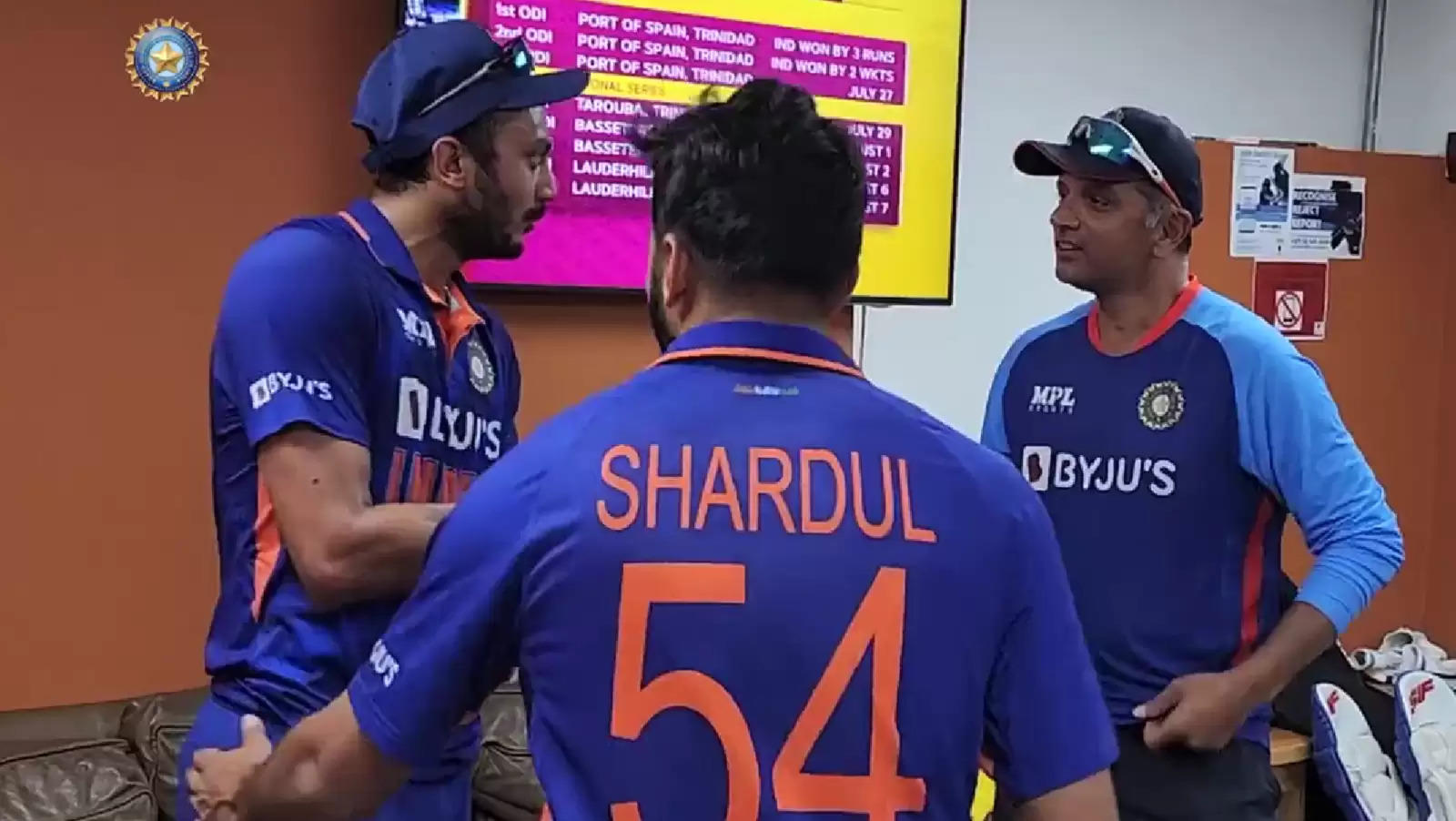 India won the match with two wickets and as many balls to spare.

India and West Indies played out a second straight thriller in the ongoing three-match ODI series at the Port of Spain on Sunday, July 24, with the visitors once again finishing victorious to take an unassailable 2-0 lead.

India needed 100 to win off the final 10 overs in their run-chase of 312 after having lost half their side, before Axar Patel (64* off 35) added crucial runs with Deepak Hooda (33 off 36) and lower-order batters to see India home. The match kept swinging till the last over bowled by Kyle Mayers, and it came down to six required off three, with Axar finishing the deal with a soaring six downtown.

Shreyas Iyer revealed that head coach Rahul Dravid was tense, and kept on passing messages during the chase, and that the players remained calm during the proceedings.

"It was fun, to be honest. Rahul (Dravid) sir was getting very tensed, he was passing messages. But the players were very calm and composed during pressure situations," Shreyas revealed after the win.

Iyer had scored 63 off 71 earlier - his second straight fifty of the series - before falling leg before to Alzarri Joseph. He has had his shortcomings against the short-pitched bowling in the recent past, and credits the hard work put in for his recent performances.

"The result I am getting is because of the hard work I am doing. I am doing some extra hard work recently because wickets and conditions are changing and there are back-to-back matches so I have to keep fit and try to control the controllables," said the right-hander.

Iyer was pleased to have contributed to the team’s win, but expressed disappointment for having not converted his start to a hundred for a second straight time.

"I was happy with what I scored today but unhappy with the way I was dismissed. I could have taken the team through easily. I was setting up the total and it was unfortunate that I lost my wicket. Hopefully, I can do better and score a century in the next match," he said.

"Last time also it was a good catch (to dismiss him). Obviously, I can't say I threw away my wicket but I should have converted it into hundreds. But I feel good to contribute to the team's win."

The third ODI will be played on Wednesday, July 27 at the same venue.