Scenarios for RCB to qualify for the IPL 2022 playoffs 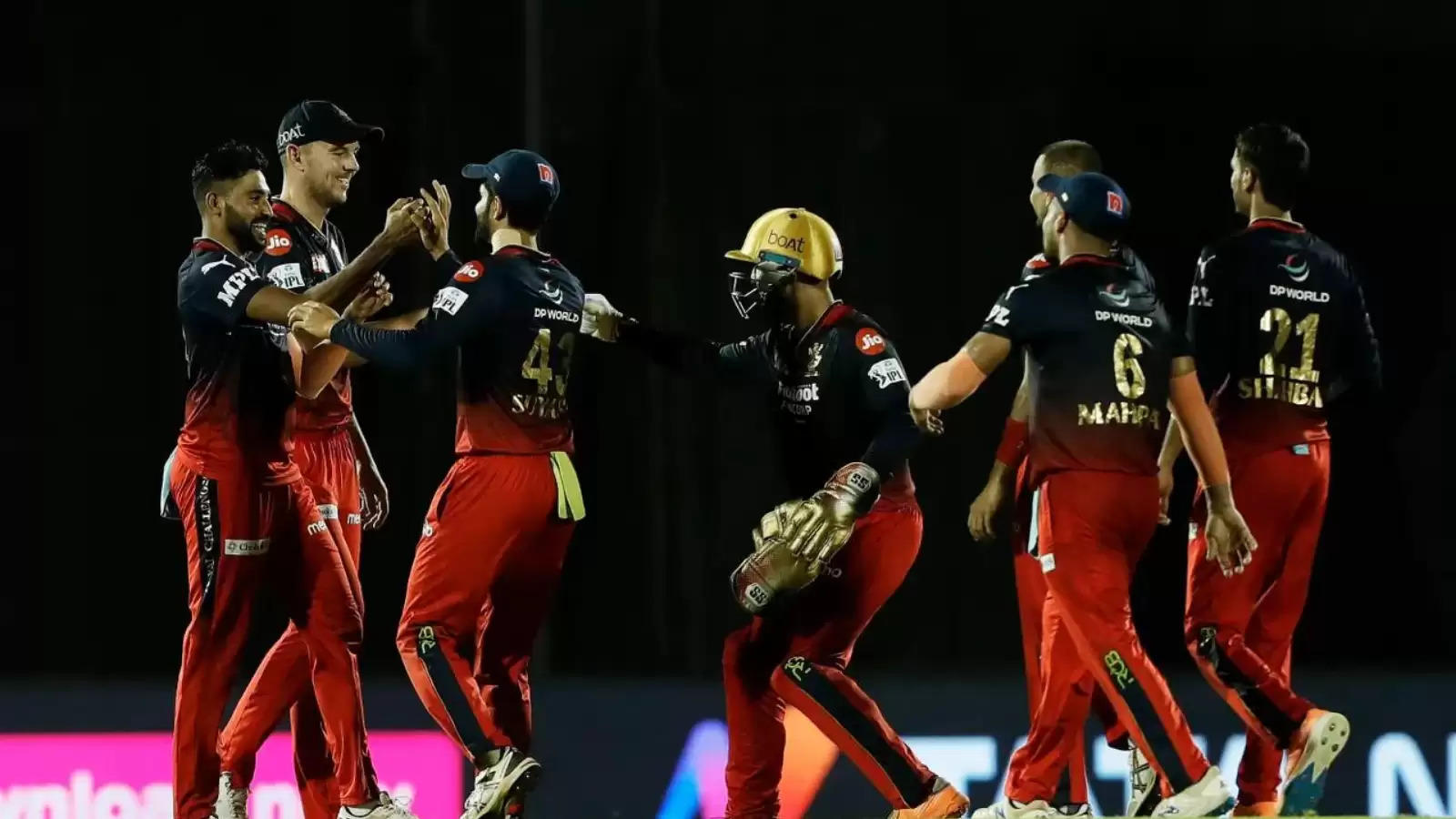 RCB will have to win their last league game against Gujarat Titans on May 19 and then hope for other results to go their way.

The race for the playoffs is heating up with only 10 matches to go in the league stage of the ongoing Indian Premier League (IPL) season. Gujarat Titans are the only team to qualify for the playoffs while Lucknow Super Giants are more or less there having already won 8 matches so far. Meanwhile, with Royal Challegers Bangalore (RCB) losing to Punjab Kings (PBKS) the other day, a lot of possibilities have opened up especially for other teams.

The Faf du Plessis-led side finds itself on a sticky wicket after a 54-run loss against Punjab and their NRR is now worst among the teams vying for qualification. RCB are currently at the fourth position with seven wins in 13 matches but the other sides, DC, PBKS, and SRH have more matches left and have their fate in their own hands.

Clearly, with their NRR being -0.323, RCB’s qualification chances depend on other results as well even if they win their last league game which is against Gujarat Titans on May 19. Interestingly, only to bring their NRR to neutral i.e. 0.000, RCB will have to beat GT with 10 overs to spare or by around 80 runs.

This clears how much behind they are in terms of NRR compared to other sides who have positive NRR. In terms of qualification, RCB will have to beat Gujarat Titans and then hope that none of DC, SRH and PBKS reach 16 points. Interestingly, MI have one game each left against DC and SRH and a win for the Rohit Sharma-led side in that game will keep RCB alive.

Meanwhile, suddenly PBKS has come up the ranks after their win and with their games against DC and SRH left in the league stage, they have a very good chance to make it to the playoffs. However, RCB would want them to lose to either to DC or SRH and then one of these teams to MI in their later fixtures.

If RCB win against Gujarat Titans:

Each of DC, SRH and PBKS should lose at least one of their remaining games to not reach 16 points. DC and SRH both have their one game left against MI and RCB will suffice if they lose it. However, they would also want PBKS to lose their remaining two games. But PBKS’s matches are left against DC and SRH. While RCB would want either DC or SRH to beat PBKS, but then they will also have to pray that MI beats the team that defeated PBKS and make sure they don’t reach 16 points.

If either of DC, SRH and PBKS reach 16 points, they will pip RCB in NRR and qualify for playoffs.

If RCB lose against Gujarat Titans:

KKR also enter the picture here and along with them, DC, SRH and PBKS all will have to be stuck on 14. Whatever matches these teams will lose, will have to be by huge, huge margins to go below RCB’s NRR which looks impossible as of now. If RCB lose their last game, they stand more or less eliminated.