The Indian wicketkeeper-batter sacrificed his wicket for the team's cause at the Adelaide Oval.
By Kashish Chadha Thu, 10 Nov 2022 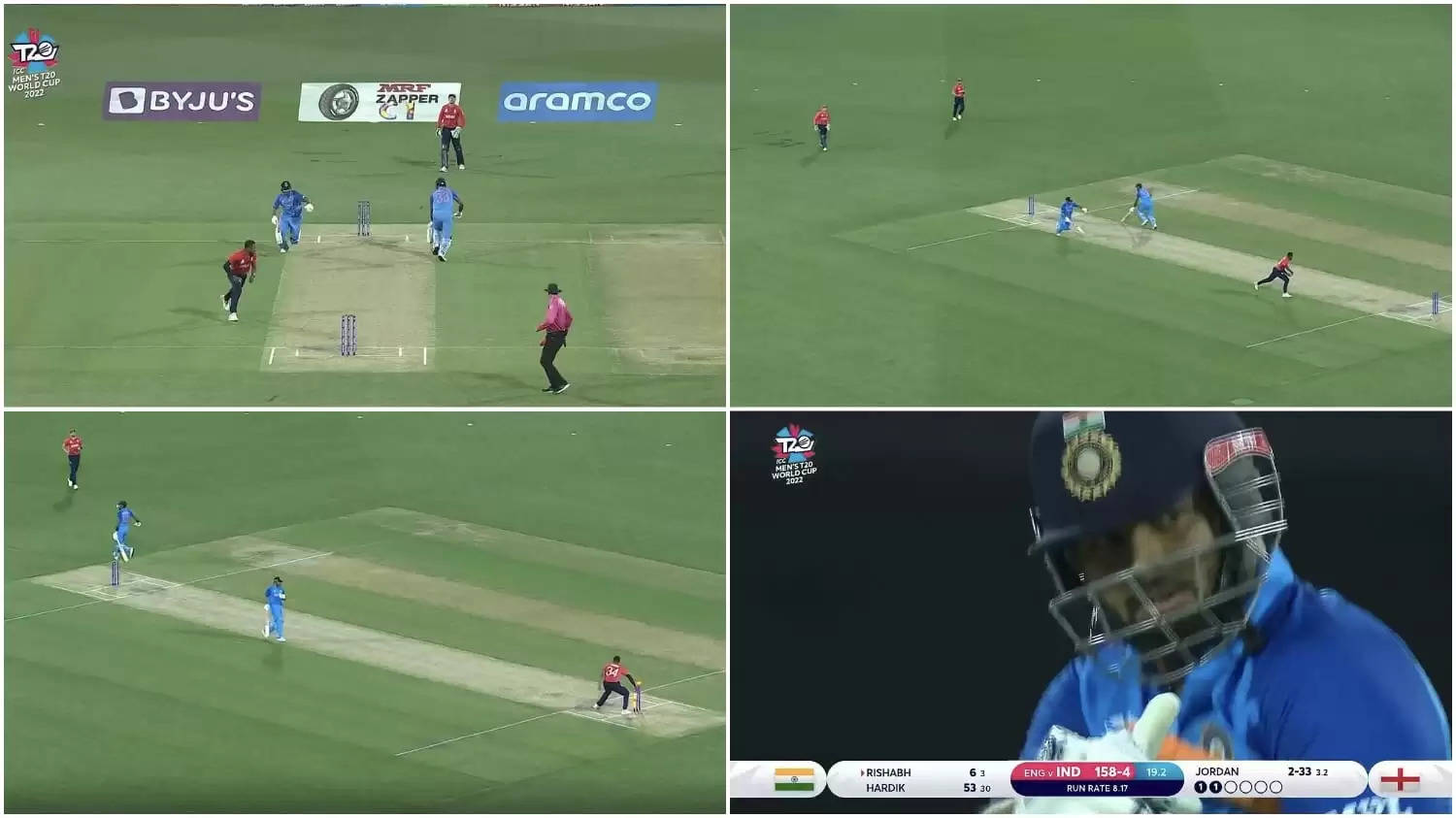 Rishabh Pant graciously sacrificed his wicket for the team's cause in the T20 World Cup 2022 semifinal on Thursday (November 10) against England. The Indian wicketkeeper-batter made sure premier allrounder and on-song powerhitter Hardik Pandya gets on strike after a horrible mix-up.

The run-out saw Pant sell himself down the river after seeing Hardik in a situation where he could easily have been dismissed. Gauging a call from his batting partner, who was desperate to get back on strike, Pant kept walking towards the non-striker's end and got run-out.

He was even seen showing a thumbs up towards Hardik before he made the long walk back to the pavillion after a short stay of 6 off 4 balls. The only thing where Rishabh Pant was at fault in this case is not being able to hit a yorker from Chris Jordan and going late for the byes as Hardik wanted strike for the next ball.

Either way, it was admirable of Rishabh Pant to ensure his partner can take strike the next ball by crossing him in an attempt to steal a hopeless single after a late realisation that the run is on.

The incident happened at the halfway mark of the 20th over in the Indian first-innings.

Making a swipe at Jordan's perfectly executed yorker, Rishabh Pant ended up missing the delivery completely and realised that Hardik Pandya is calling him in for a single run bye only when his partner had reached the middle of the pitch.

That meant the danger of Hardik, batting in amazing touch at 53* off 30 at the time, getting out unless Pant started leaving his crease immediately.

Recognising he is late into, Pant still walked out his pitch to ensure Hardik can strike in a sacrificial run-out at the other end, with Jordan collecting a straightforward throw from keeper Jos Buttler and duly taking the bails off.

As per the current ICC rulings, the new batter will have to take strike for the next ball following a dismissal until it is a run-out.

With Pant getting out in that fashion, Hardik could regain strike in time to score another 10 runs to his and India's tally and take the total to a fighting 168/6 by the close of the 20th over.