Rohit Sharma registered his 31st 50-plus score in the first T20I against West Indies on Sunday, replacing Virat Kohli at the top in all-time records.
By CX Staff Writer Fri, 29 Jul 2022 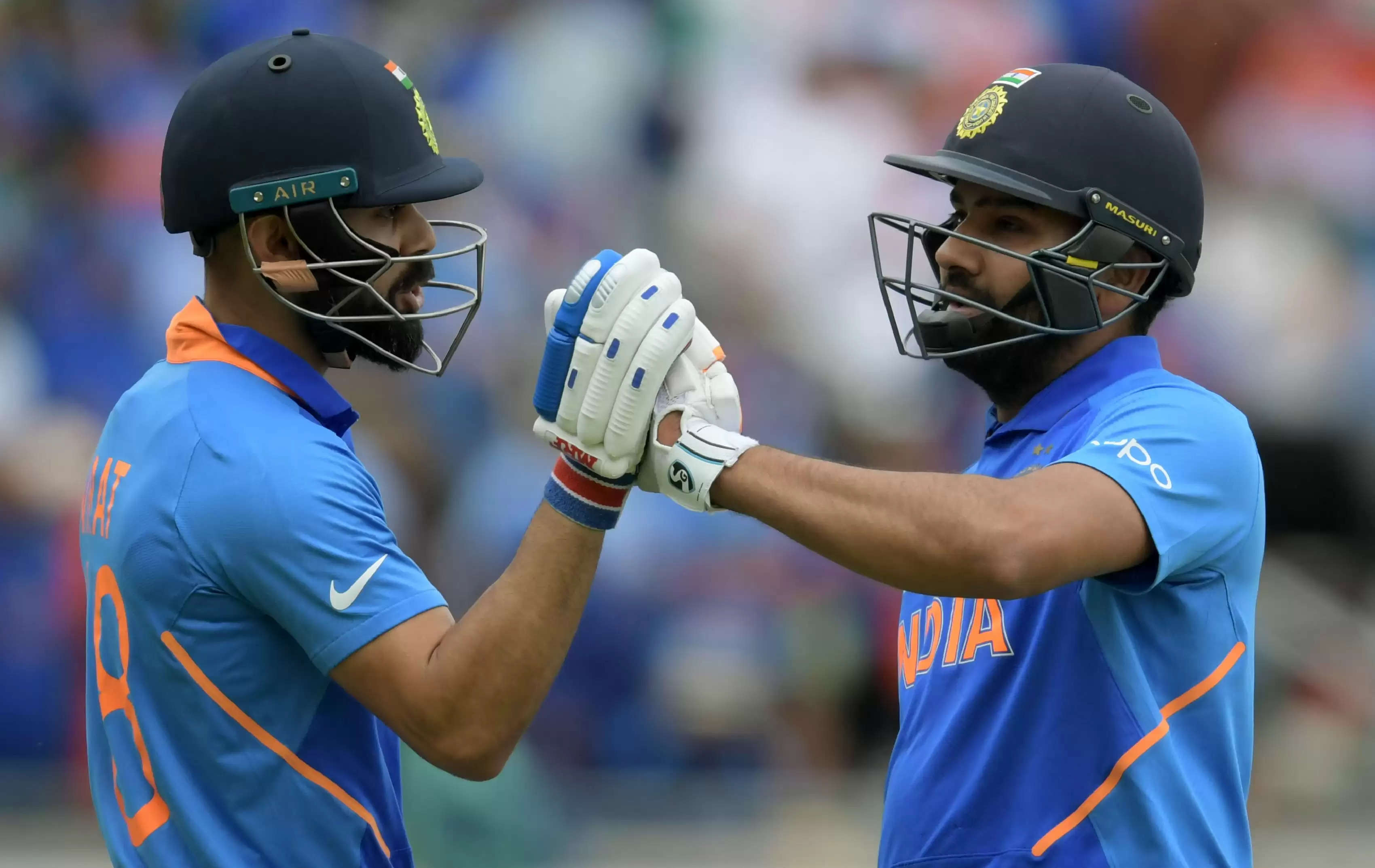 Rohit is also the only player with four T20I hundreds.

Rohit Sharma registered his 31st score of fifty or more in T20Is in the first of five games against West Indies at the Brian Lara Cricket Stadium, Tarouba, Trinidad on Friday, July 29, surpassing Virat Kohli’s tally of 30.

Rohit got to the mark with back-to-back fours off Alzarri Joseph, completing his fifty off 35 balls.

The India captain also went past Martin Guptill’s tally of 3,399 runs to climb to the top of run-scoring charts in the format. Rohit also has four hundreds in T20Is, which is a record, with Glenn Maxwell and Colin Munro having struck three each. His tally of 159 sixes in the format is only bettered by Martin Guptill (169).

Dinesh Karthik’s spin average has gone up to 42.5 from 18.6 in the last two years. He is not particularly striking them harder, but he is surviving those stages.

Kohli, who was granted a rest from the ongoing tour, is third in the all-time run-scoring list in the format, having aggregated 3,308 at an impressive 50.12 with a highest of 94* till date.

Earlier, in a rather surprising move, Rohit opened alongside Suryakumar Yadav after opting to bat. The pair added 44 in 4.4 overs, with Suryakumar Yadav falling to left-arm spinner Akeal Hosein for a 16-ball 24. Shreyas Iyer fell for a four-ball duck to Obed McKoy as India ended the powerplay at 45/2.

Rohit then took upon himself to do the bulk of the scoring, but found little support as Rishabh Pant (14) and Hardik Pandya (1) were dismissed in quick succession around the halfway stage. He would eventually be dismissed for 64, playing one straight to Shimron Hetmyer at deep extra-cover off Jason Holder in the 15th over of the innings. His 44-ball stay at the crease included seven hits to the fence and two over it.

India were 131/5 from 15 overs at the time of writing, with Dinesh Karthik joining Ravindra Jadeja at the crease. Jadeja, who was named the vice-captain for the ODI series had missed each of the three games with injury.