WATCH: Rohit Sharma mocks celebrations off non-catch to cheer up the crowd

Rohit Sharma mocked celebrated after taking a non-catch off the bat of Manish Pandey in MI-LSG IPL 2022 game.
By Kashish Chadha Sat, 16 Apr 2022 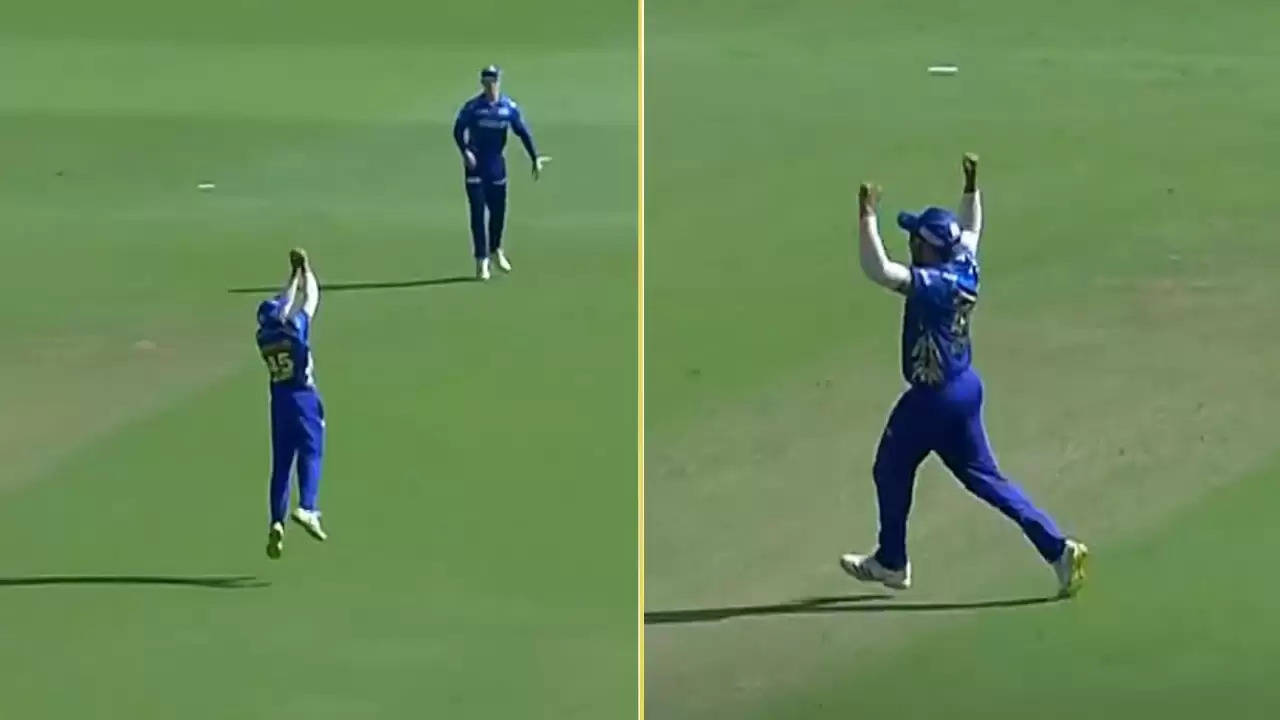 Rohit Sharma's celebrations got the crowd cheering the MI skipper on.

Dismayed by his team's struggles in IPL 2022, Mumbai Indians (MI) skipper Rohit Sharma found means to cheer himself up and the crowd present at the Brabourne Stadium by doing mock celebrations for a non-catch.

In all fun and games, the MI skipper jumped up the turf after grabbing the ball on one bounce and raised his hands to fake celebrate as if he has just completed a catch. Rohit Sharma's hilarious mock celebrations got the crowd entertained and they cheered him on.

The incident happened on the final ball of the 7th over in LSG's first-innings. Facing MI's wristspinner Murugan Ashwin, Manish mistimed a drive attempted for a wide ball outside off-stump. The batter toed the delivery in such fashion that it spongily bounced on the turf to Rohit Sharma.

Rohit made a jump from his position to collect the ball and started mock celebrating for a bit to suggest he has taken the catch. The 'crowd catch', as they call it, got the spectators cheering before the big screen confirmed what had happened.

It was the lightest of moments involving the MI skipper, who gave himself a reason to smile and laugh about things even as his team started off poorly with the ball against the Super Giants.

A captain with an unprecedented record, Rohit Sharma will be disappointed by the performances from his five-time winning juggernaut thus far in IPL 2022.

MI have gone through a painstaking five-match losing streak at the start of the tournament, with their batters ailed with inconsistency and their bowling looking weaker and vulnerable than ever before.

Rohit's personal form, too, hasn't been great. The elegant batter has collected only 108 runs from his five innings at an average of 21.60 and strike-rate of 133.33.