Rohit Sharma looked back at India's Super 12 exit from the last year's edition of the T20 World Cup in UAE.
By Kashish Chadha Fri, 29 Jul 2022 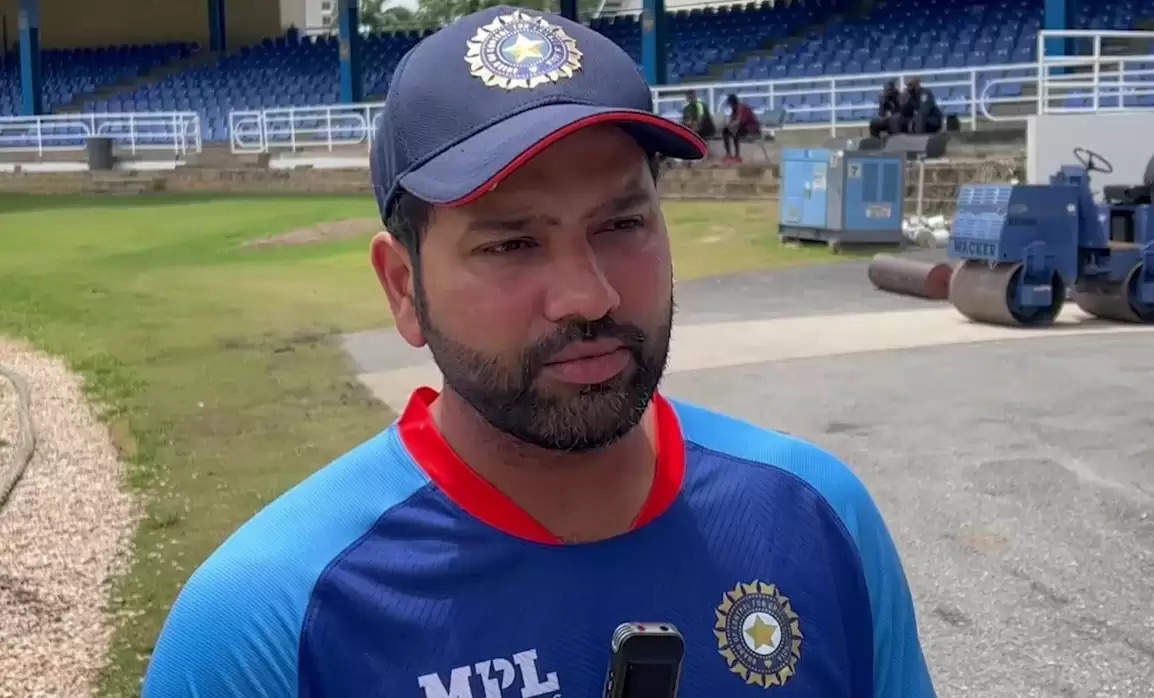 Rohit Sharma brushed aside concerns on India's approach with bat in hand in the shortest format.

The T20 World Cup 2021 in UAE was a disastrous one for the Indian team. The Virat Kohli led side failed to make it past the Super 12 stage after heavy losses to Pakistan and New Zealand at the start of the campaign.

More than the defeats, it was the nature of them that led to widespread criticism of the Asian giants as they made scores of only 151/7 and 110/7 batting first despite heavy dew anticipated later in the night in Dubai.

Talks of India playing a conservative brand of cricket had been rife for long before that, but they reached their peak following the defeats to Pakistan and New Zealand and have stuck with the side among the wider populace.

New all-format skipper Rohit Sharma, however, doesn't agree with the general consensus and thinks India have never been "conservative" in their outlook about the T20 format.

As preparations for the T20 World Cup 2022 take centre stage, Rohit brushed aside concerns on India's approach with the bat, stating the team management has given players the freedom to express themselves.

"If you are conservative, you won't win these many games" - Rohit Sharma

Rohit Sharma said India may not have had things going their way at the T20 World Cups but that is not because of them playing "bad cricket". The skipper said India's excellent record in bilateral cricket either side of the marquee event is proof of the good work they've put in.

"We haven't got the results in the World Cups but that doesn't mean we were playing bad cricket for so many years. I don't agree that we were playing conservative cricket," ESPNcricinfo quoted Rohit as saying ahead of the opening T20I in the Caribbean on Friday (July 29).

"If you lose an odd game in the World Cup, it seems we were doing things wrong and we didn't take chances. But if you look [at it], we won probably 80% [71%] of our games leading into the World Cup. If you are conservative, you won't win these many games."

Rohit agreed, though, without making too many individualistic changes, India have tried to infuse a greater sense of freedom among their batting resources this year. The numbers attest to the same. In the 16 T20Is played in 2021, India carried an RPO of 8.20 while averaging 31.19. Since the start of 2022, over the same number of matches, they've been going at 9.45 an over with an improved average of 33.35.

"Yes, we didn't qualify [for the knockouts in 2021], but that happens," he said. "It doesn't mean we were not playing freely. Lately also we haven't made any such changes; we are playing in the same manner but we have given the freedom to the players to play their game. Because if you play freely, you will get the performances."

"So those who are outside should have patience. The way we are playing, there will be failures and the results may not always go our way. But that doesn't mean the players are not good enough, or the team is not good enough."

"It's just that we are trying to do something new. With time, everyone has to change. We are changing and those on the outside should also change the way they think," he added.