Rohit Sharma celebrated his 35th birthday on Saturday (April 30) and also supported a cause.
By CX Writer Sun, 1 May 2022 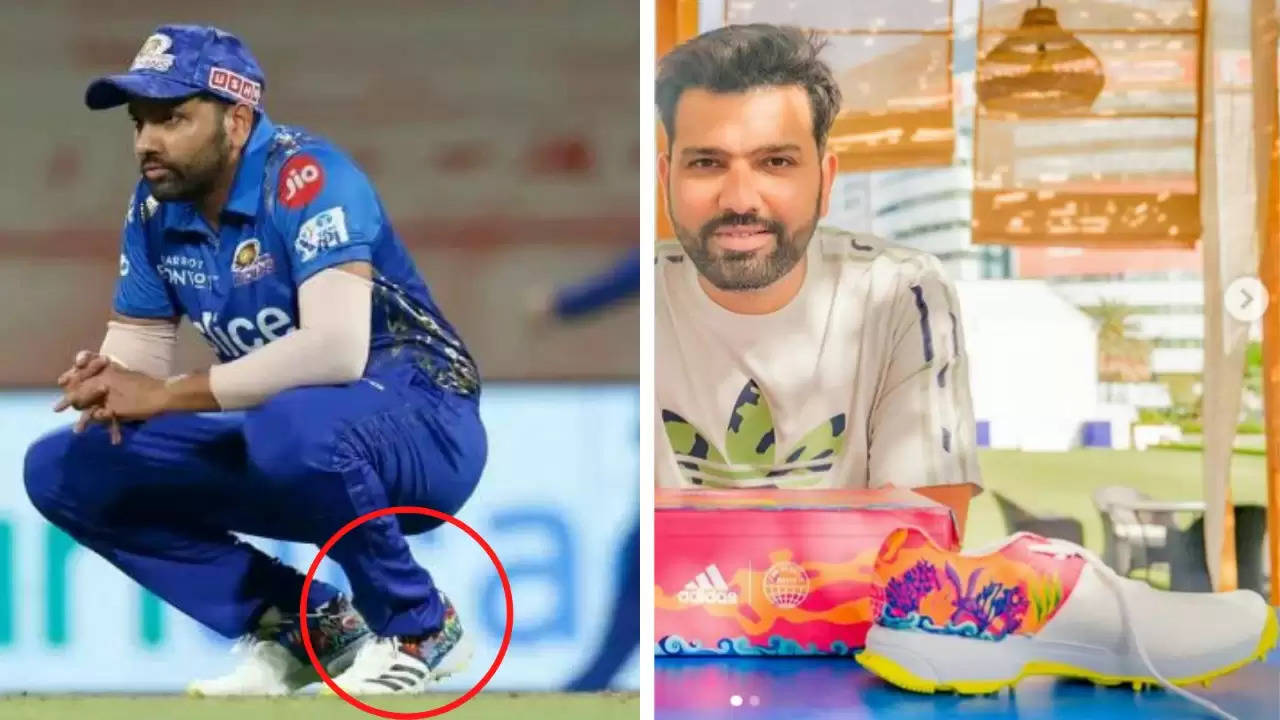 Rohit Sharma will also wear his customized shoes for the rest of the IPL season to make this world a better place to live.

Mumbai Indians captain Rohit Sharma celebrated his 35th birthday on Saturday (April 30). The team also registered its first win of the season in the ninth outing of IPL 2022. Moreover, Rohit continued to advocate for the cause wearing customized shoes that highlighted the need to ‘End Plastic Waste’ and ‘Save Marine Life’.

Rohit’s shoes were uniquely crafted which had a turtle swimming in blue ocean waters with ‘End Plastic Waste’ printed on them. He stepped onto the field against Chennai Super Kings (CSK) and Lucknow Super Giants (LSG) before wearing similar shoes for the same cause.

Rohit is also set to wear those shoes for the rest of the IPL season and he has joined hands with Adidas for this special cause A few days ago, he had posted a message regarding the same on his official Instagram account.

For every run Rohit Sharma will score in the ongoing Indian Premier League (IPL) season, Adidas will pick up 10 plastic bottles from the beaches in Mumbai. This is really a kind gesture from the current Indian captain to make the world a better place to live for everyone.

Meanwhile, Rohit Sharma didn’t have a great birthday personally as his barren run with the bat continued. He got out to Ravi Ashwin against the Rajasthan Royals after scoring only two runs. But Suryakumar Yadav scored a valiant half-century and was well supported by Tilak Varma, not for the first time this season, as the duo took the team close to victory.

Things got a little uncomfortable for the five-time champions in the 159-run chase. But Tim David, playing after a long gap, helped them get over the line. He played a cameo of unbeaten 20 off nine deliveries as MI managed to register their first win of the season on their captain’s birthday.

The bowlers also did well on the day with Riley Meredith doing well to return with the figures of 2/24. Debutant Kumar Karthikeya also showed great courage bowling to some international players and being economical. He conceded only 19 runs in his four overs and picking up RR skipper Sanju Samson’s wicket.