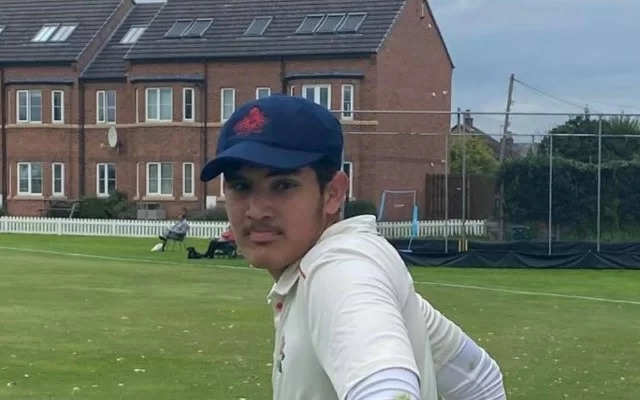 Harry Singh, the elder son of former Indian pacer RP Singh Senior has received a call from ECB to represent the team in the U-19 category. RP Singh's son Harry, is a batsman and opens the batting for Lancashire 2nd XI. The call-up is for the bilateral series against Sri Lanka U-19. At age 8, Harry actively participated in cricket. However, as he grew older, Singh claims his son's love for cricket rose despite the fact that he was also skilled at playing football.

He has a long way to go says: RP Singh

Speaking about his son's call-up, RP said, "A few days ago, we got a call from the ECB that Harry has been picked for the England U-19 team, which will play the Sri Lanka U-19 team at home. It’s not easy, you need a bit of luck and lots of runs to make it at the top level. I have seen many cricketers in the 90s who used to do well in domestic cricket, but they failed drastically when they represented the Indian team. As Harry grows, he will have to make those technical adjustments which every cricketer does."

“He used to bowl quickly, but I am aware of how taxing opening the batting can be. So I made the decision to let him keep batting, and now he also bowls off-spin. He has made a minor professional stride, but he still has a long way to go,” he continued.

Harry will work with the former India captain at the Dilip Vengsarkar Academy in Mumbai, as his trainer has opted to send him there. The goal, according to Singh, is to develop him into a versatile cricket player who can compete on a variety of playing surfaces. Prior to deciding to concentrate on her studies so that she might pursue a career in medicine, Harry's sister had played for Lancashire U19.

Singh made his international debut for India in 1986 and participated in two one-day internationals (ODIs) captained by Kapil Dev, both of which were played against Australia. He competed in 59 first-class and 21 List A matches while playing for Uttar Pradesh in domestic cricket.