The Mumbaikar's father Naushad Khan recalled an amusing story where his son compared his life to that of Tendulkar's son during their difficult days.
By Kashish Chadha Mon, 23 Jan 2023 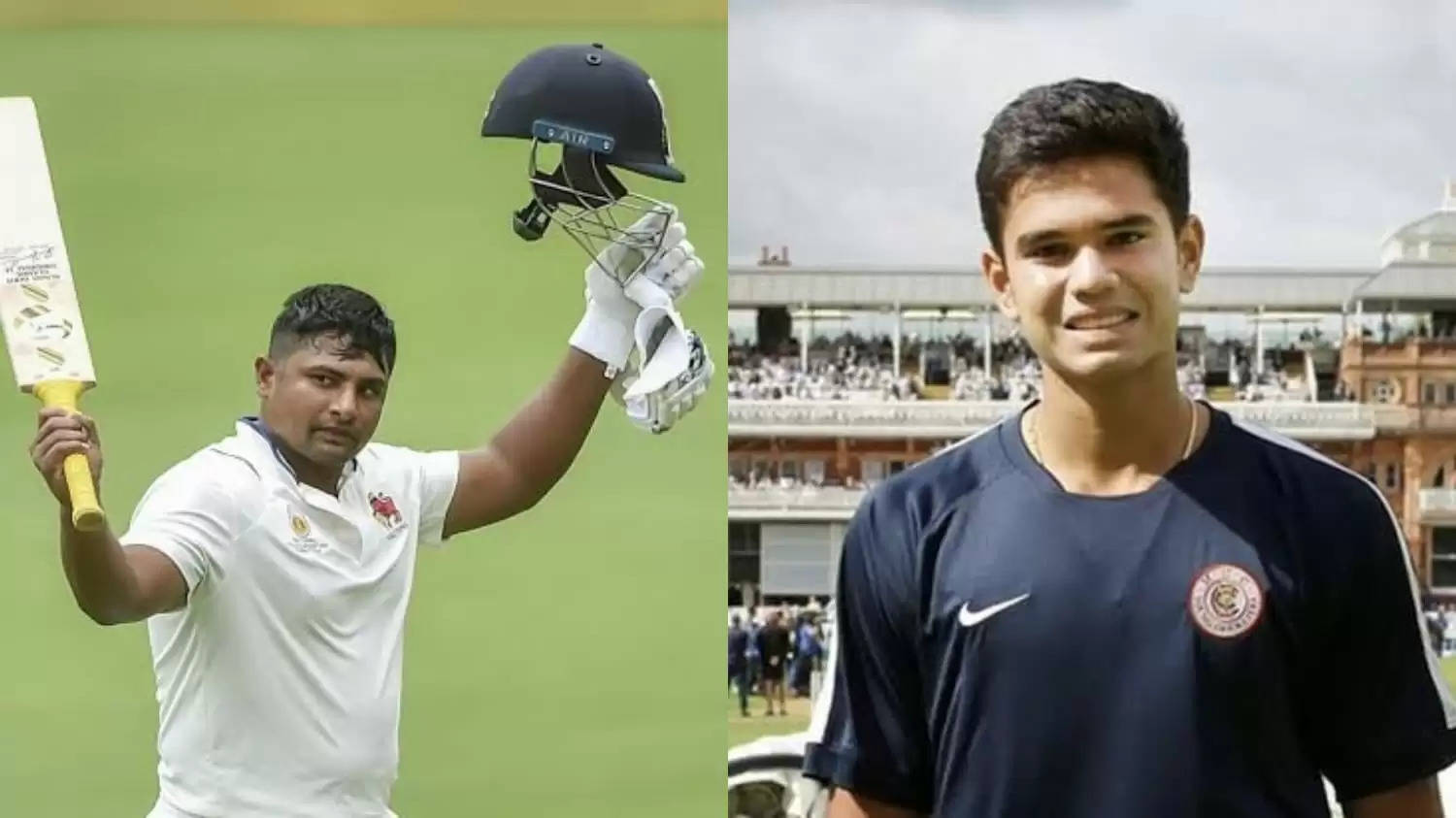 Sarfaraz Khan's father recalled an innocent story from his son's childhood days where he compared his life to that of another growing-up Mumbai talent Arjun Tendulkar, son of the legendary Sachin Tendulkar.

Sarfaraz's 'Abbu', Naushad Khan, reminisced about the story during an interview with the Indian Express, where his son would experience difficult days and see his father struggle really hard to make ends meet for the family.

It was during that period he happened to compare his life with that of Arjun, who would train together in the Mumbai set-up and enjoy a luxurious lifestyle being the great Tendulkar's only son.

Sarfaraz Khan would see Arjun travelling in cars and carrying iPads and out of sheer innocence ask his father why he doesn't have the same and feel that his junior Mumbai teammate is luckier than him.

"Abbu, Arjun kitna naseebwala hai na? (Arjun is so lucky). He is Sachin sir’s son, and has cars, iPads, everything," Naushad told the Indian Express about Sarfaraz Khan.

Naushad said the moment his son told him that, he got emotional and was at a loss for words. But he also remembers his son coming up to him and hugging him with a few touching words that belied his age at the time.

"I’m more fortunate than him," Sarfaraz told senior Khan. "You can devote the entire day to me. His father is not able to give him any time."

Sarfaraz Khan is in the spotlight over the past two weeks for being ignored by the selectors for the first two Tests of the forthcoming Border-Gavaskar Trophy in February-March.

The right-hander has continues to face the snub despite enjoying an unprecedented run-making streak for Mumbai in the Ranji Trophy over the past three editions of India's premier domestic first-class competition.

The 25-year-old has been mindboggling against Ranji attacks since his return to the Mumbai team. After 37 matches, he is averaging a whopping 79.65 with 3,505 runs with 13 centuries and 9 fifties.