The Supreme Court of India has agreed to amend the cooling-off clause in BCCI's constitution.
By Kashish Chadha Wed, 14 Sep 2022 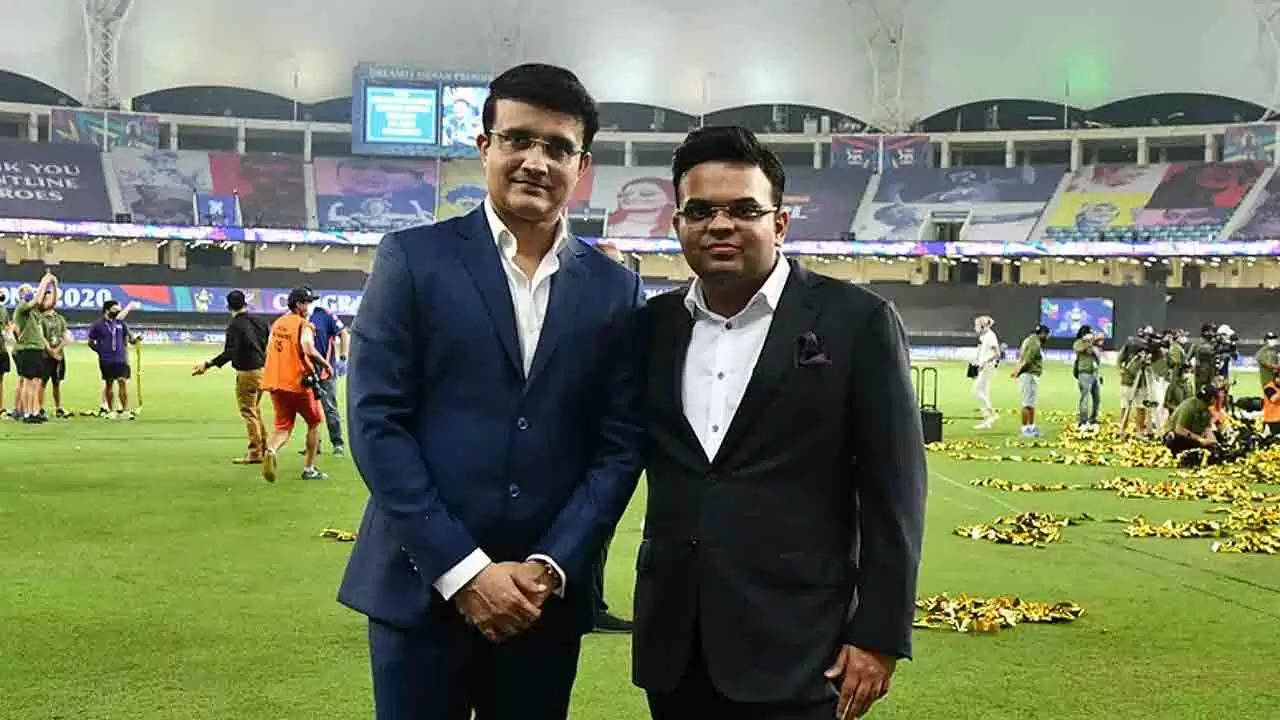 Sourav Ganguly and Jay Shah could enjoy consecutive terms at their respective posts within the BCCI apex council.

The Supreme Court of India will be confirming its judgement on the BCCI-related constitution amendment case on Wednesday (September 14). The apex law body of the country seems to have taken a stance in favour of disbanding the cooling-off period clause for office-bearers to have consecutive three-year terms in their respective bosts.

The SC, BCCI apex council members and SC-appointed amicus curiae on Tuesday (September 12) tentatively reached a "consensus", reported the Times of India, to amend the board's constitution and allow president Sourav Ganguly, secretary Jay Shah and other officials to continue on their posts for a second term regardless of how they long they sat on their chair with respective state associations.

According to the constitution approved by the Supreme Court back in 2019 and one adopted by the BCCI prior to the start of the Ganguly-Shah regime, "an office-bearer who has held any post for two consecutive terms either in a state association or in the BCCI (or a combination of both) shall not be eligible to contest any further election without completing a cooling period of three years."

In another major turn of events, the bench overseeing the case with the apex body has also decided to remove the age cap of 70 years for any BCCI representative to contest the elections of the ICC. A clause removal that could pave way for N Srinivasan's re-entry into the sport's global governing body after a period of more than seven years away from cricket administration.

As reported by the TOI, Tushar Mehta, the solicitor general, pushed forward BCCI's views regarding the need for constitution amendment, stating that the existing clause denies the board "of the skills of the experienced hands at both in BCCI and ICC". After this, amicus curiae and senior advocate Maninder Singh "tweaked the proposed amendments to the satisfaction of the SC".

"A bench of Justices D Y Chandrachud and Hima Kohli said, in principle, it was agreeable that the three-year cooling-off period should kick in only if a person serves six consecutive years either in a state association or BCCI," TOI reported.

"But, this too was caveated by Mehta, who said if a person after spending two consecutive terms is to mandatorily undergo cooling-off period, then he cannot contest elections for BCCI, for which a candidate has to be a member of a state association."

This caveat was interestingly supported by TNCA counsel Kapil Sibal, who had earlier appeared for N Srinivasan in the case when the SC barred him from contesting BCCI elections back in 2015.

Justice Chandrachud alongside justice Kohli then agreed that one way to resolve the issue is to allow an office-bearer who has held a post in a state association for two consecutive terms to contest the BCCI elections. "If elected, he can serve two consecutive terms in BCCI before the cooling off period is applied to him, it said."

If this resolution comes to pass, it would be probable for an individual to cumulatively serve upto a maximum of 12 years in a state association or BCCI before the cooling-off period come into effect.

The Judgement couldn't be passed on Tuesday, but the hearing would've come as major encouragement for Sourav Ganguly and Jay Shah, both of whom could enjoy another three-year term at their respective BCCI posts.

As per the existing constitution, their terms are set to be over this month as they had previously held three-year posts in Bengal and Gujarat's state cricket associations.