The Pakistan allrounder made his presence felt early into the T20 World Cup semifinal at the SCG.
By Kashish Chadha Wed, 9 Nov 2022 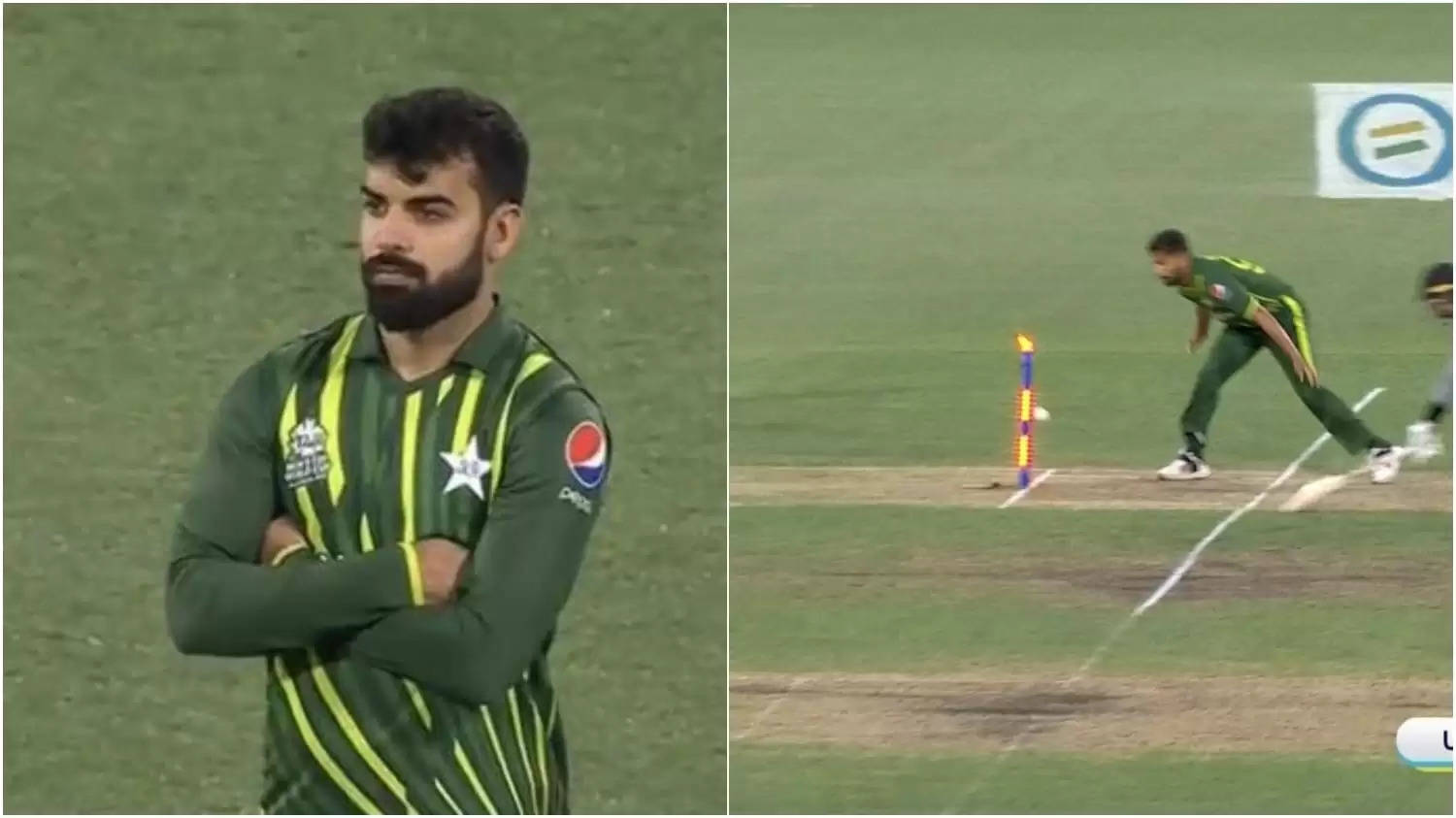 Conway fell short of the popping crease after a superlative run-out attempt from Khan, who aimed perfectly for the stumps at the other end despite seeing only one stump to aim at from the mid-off region.

The run-out showed an error on Conway's part, for he misjudged the timing on his stroke after being undone by a slower ball from Haris Rauf. But also the brilliance of Shadab Khan, who continues to make rapid strides as an allround cricketer for his team.

Conway may have still survived if not for the quality of the quick grab and throw from Shadab as his aim went with cent precision and shattered the bails off the three sticks at the non-striker's end in what proved to be a single too risky for the Kiwi batter.

The run-out was seen at the close of the powerplay field restriction phase. Facing an off-cutter from Rauf, Conway found himself drawn too early into the forward defensive stroke and mistimed the ball towards Shadab Khan. Given he had found connection on the upper half of his willow, Conway still went ahead for a quick single with skipper Kane Williamson.

But while Williamson made the crease at the batting end, Conway failed to make the cut at the non-striker's, thanks largely to an excellent throw from Shadab, who aimed for the sticks without having the time at his hand to rebalance himself properly and got the desired connection.

It was a run-out, again, reinforcing Shadab's excellence as a fielder for Pakistan. The cricketer's impact, be it with the bat, ball or in the field, runs deep for his team and he showed that with a piece of magic at the iconic SCG with a place in the T20 World Cup final at stake.