Shan Masood, who was recently named in Pakistan’s squad for the T20 World Cup 2022, reflected on his journey back to international cricket.
By CX Staff Writer Sat, 17 Sep 2022 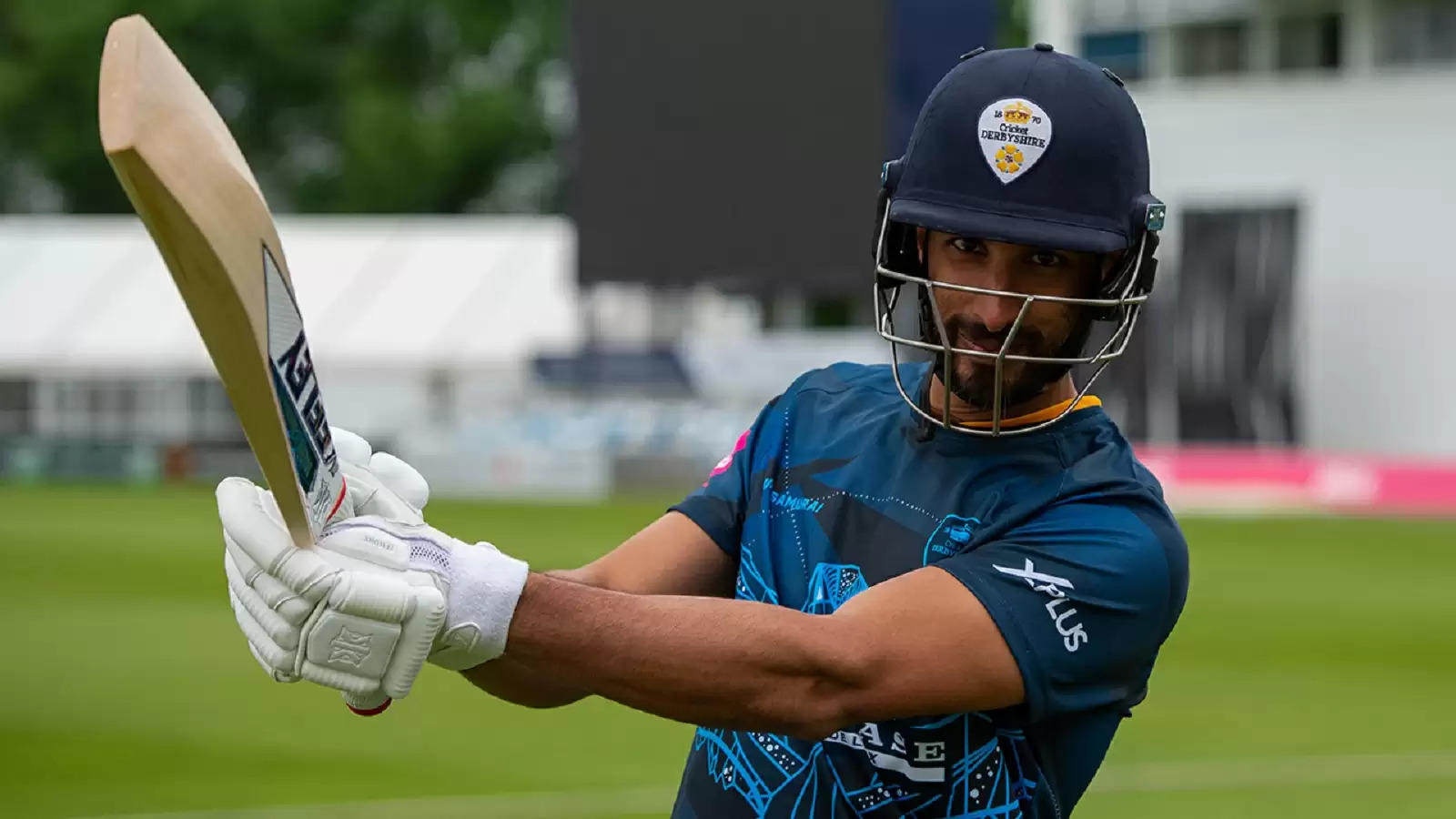 Masood has represented Pakistan in 25 Tests and five ODIs till date.

Shan Masood was one of the most notable inclusions in Pakistan’s 15-member squad for the T20 World Cup 2022, announced on Thursday, September 15. Masood, who made his international debut back in 2013, has represented Pakistan in 25 Tests and five ODIs till date, but is yet to play a T20I.

The 32-year-old acknowledged that his time in England was a major stepping stone to his call-up to the Pakistan T20I side, while crediting Mickey Arthur, the former Pakistan and present Derbyshire coach.

"I'd like to think it [playing County in England] was a very big stepping stone in terms of me making into the T20I side [for the T20 World Cup],” Masood said. “The PSL was a big step up, performing at that level obviously gives you a lot of confidence. Having played the T20 Blast over there and getting some runs there. I think that was important to just put my name out there. What was brilliant was that I got to play a lot of cricket in the County.

“I figured myself out as a person, as a batter. I owe a lot to Mickey Arthur and Derbyshire for the time they invested in me. And just being around all grounds, playing against players that are around in the England setup, is one experience I will always regard when it comes to my development as a player."

Masood also felt that the packed cricketing calendar in the present day game can benefit on the primary discipline front (batting in his case), while also stating a lot can be learnt while watching quality players in action.

"I think as a batter you can take that [too much cricket in England],” he said. “The worst bit was fielding as much, you don't like to be in the field for long hours. But when it comes to batting, I didn't mind playing so many games. I think as a cricketer when you're playing day in day out, the number of games you play, as a cricketer you learn a lot by playing a lot. That's how you rectify your mistakes. That's how you make yourself a better player. That's when you come across very decent players and you learn from them.

Masood further looked back at his successful PSL 2022 earlier this year, wherein he aggregated 478 runs at 39.83 - the third most in the competition - in Multan Sultan’s runners-up finish.

"I was very fortunate to play the PSL for five years in a row now,” he said. “I played for the same team. Last year we had a coach like Andy Flower at Multan. I think I've developed my role quite a lot over there. I've batted with different partners. We've had really good T20 players playing in that setup - James Vince, Rilee Rossouw, Tim David, Mohammad Rizwan, Khushdil Shah, Sohaib Maqsood….I think i have picked a lot from them.

“In terms of my own development, when I went to the T20 Blast, I didn't have the luxury of big players like we had in Multan. But I've been able to learn a lot from a guy like Wayne Madsen. Mickey [Arthur] is a very successful coach. We kept talking about my game. We tried to take it to the next level and I think learning that was tops. I've got to some place now compared to five years ago. I mean, I'm happy with that but as a player the game is always evolving. You have to evolve as well. I think my next step is to meet the demands of international T20 cricket and hope I make a good career out of it.”

Pakistan are set to take on England in a seven-match T20I series at home, beginning September 20, and Masood views it as a great opportunity for the side’s and his own preparation ahead of the T20 World Cup.

"I think England is one of the best white-ball sides in the world,” stated Masood. “Having played County cricket over there this season, having looked at the standard of cricket, we're not surprised at all with what England possesses as a team. It's probably the ideal preparation to play one of the best sides in the world before the T20 World Cup. We're very glad we're playing a side like England."