The experienced cricketer had earlier taken to social media to express his disappointment over his ouster from India's one-day outfit.
By Kashish Chadha Fri, 30 Dec 2022 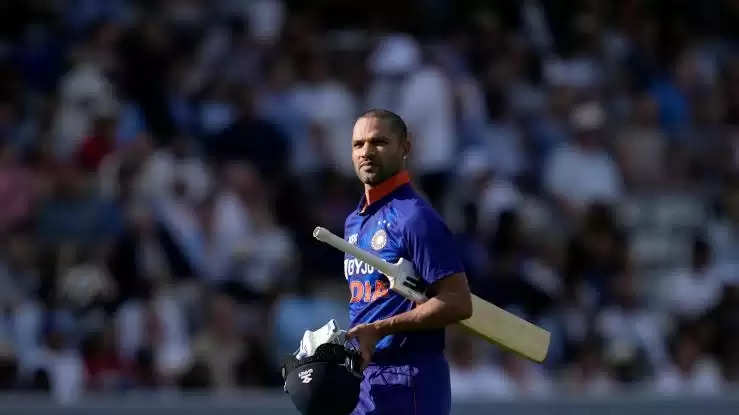 The experienced left-hander was seen training in this Instagram post, which he captioned with a message conveying his disappointment over the selector's call.

The decision seemed to have sealed the fate of the 36-year-old batter, who has been struggling for flow and consistency throughout the year as India's one format specialist.

The veteran had expressed his wish to make the 2023 World Cup on home shores but with young performers emerging across the board, there is a strong likelihood we may have seen his last in the Indian jersey.

Understanding his situation, Shikhar Dhawan took to Instagram and posted a clip of him training in proper gear. The caption to the video read: "It is not about winning or losing, it is all about your guts. Keep working hard and leave the rest in the hands of God."

There was no obvious dig taken at the selectors and the management for their decision but Dhawan's post indicated the pain he is feeling over their decision to drop him altogether at the start of the year, when India's build-up to the 2023 World Cup picks up steam.

Not long afterwards, however, the cricketer deleted the post, perhaps fearing the reaction amidst the BCCI top brass. 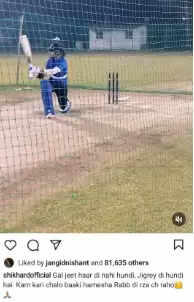 To be fair, Dhawan's sacking seemed inevitable amidst the mushrooming of multiple young top-order options while his own game had been on the wane. Since the beginning of the year, the left-hander was operating at a strike rate of just 74.21 while averaging a modest 34.40 - a scenario that made him a negative impact player from what was once a proven match-winner for India, especially in major ICC events.

That, while India's immediate backup opener Shubman Gill had a very fruitful year with the bat, scoring 638 runs at a SR of 102.57 from his 12 innings. Also bolstering his claim to the ODI outfit is Ishan Kishan, who scored a memorable double hundred in the final ODI against Bangladesh earlier in December.

Domestically, too, India have young Ruturaj Gaikwad piling on the runs, while Prithvi Shaw is equally rife for a comeback at the top of the order.