Somerset stormed into the T20 Blast Final with a record-breaking score in the semi-finals.
By Staff Writer Tue, 12 Jul 2022 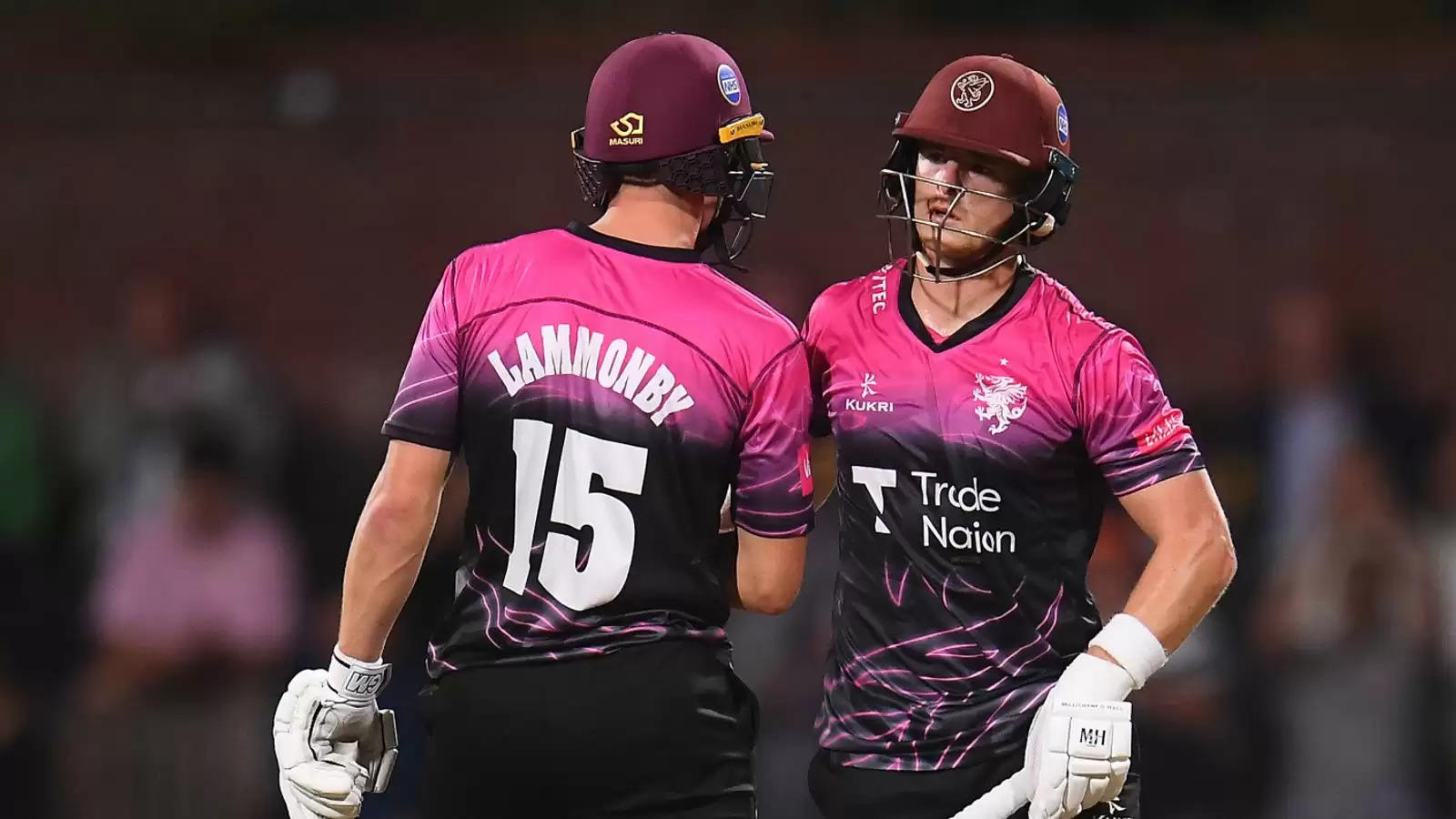 This week saw the biggest bludgeoning in the history of the Vitality Blast as cricket headline makers Somerset demolished the Derbyshire
Falcons at Taunton. A brutal defeat for the Falcons, but it’s onwards and upwards for Somerset who
head to finals day on the back of this rout. You can information on where to find
the best odds for the Saturday 16 th July showpiece on NBS.

Somerset’s final score of 265-5 was the highest total since the competition began, eclipsing the tally
of 261-2 set by the Birmingham Bears in their victory over the Nottinghamshire Outlaws back in
June. Ben Green was the man to break the record when hammering home his second six in the final
over, but it was Somerset’s big-hitting South African who inflicted much of the damage.

Hitting 93 of just 36 balls, Rilee Rossouw was the man most instrumental in putting Derbyshire to
the sword. And amid that tally was a truly spectacular 15 th over in which Rossouw tore into Falcon’s
spinner Mattie McKiernan, smashing five sixes and a four for a total of 34 off just the one over. A day
to forget for McKiernan overall whose closing figure of 82 runs off four overs was the most
expensive in the history of T20 cricket.

Rossouw was assisted in dismantling the Derbyshire attack by Tom Banton’s 73 off 41, with Tom
Lammonby’s late salvo of 31 runs from just nine balls adding to the damage. McKiernan may bear
the brunt of the blame, but there were few bright spots in this overall bowling display, with George
Scrimshaw (2-16) the only man to emerge with any credit.

Derbyshire were always unlikely to haul themselves back into this, and in truth, they never remotely
threatened to. Seeming shell-shocked by that Somerset display, the Falcons capitulated for just 71
runs and a thumping 191-run defeat.

Somerset’s excellent form in this competition shouldn’t come as too much of a surprise. They did
after all make it to the final in 2021, only to come up short against the Kent Spitfires. If Rossouw and
co can keep up this sort of brutal batting, there are plenty who believe that it may be Somerset who
gets their hands on the trophy this time around.

Heading to finals day Somerset don’t have the Spitfires to worry about in 2022, with the defending
champions failing to reach even the quarter-final stages. That doesn’t necessarily make their task a
straightforward one though. First up it’s a battle with the Hampshire Hawks, who comfortably
dismissed the Birmingham Bears in their Quarter Final. Come through that and it will be the winners
of the huge “War of the Roses” semi-final between the Lancashire Lightning and Yorkshire Vikings
who lie in wait. Finals Day is certainly