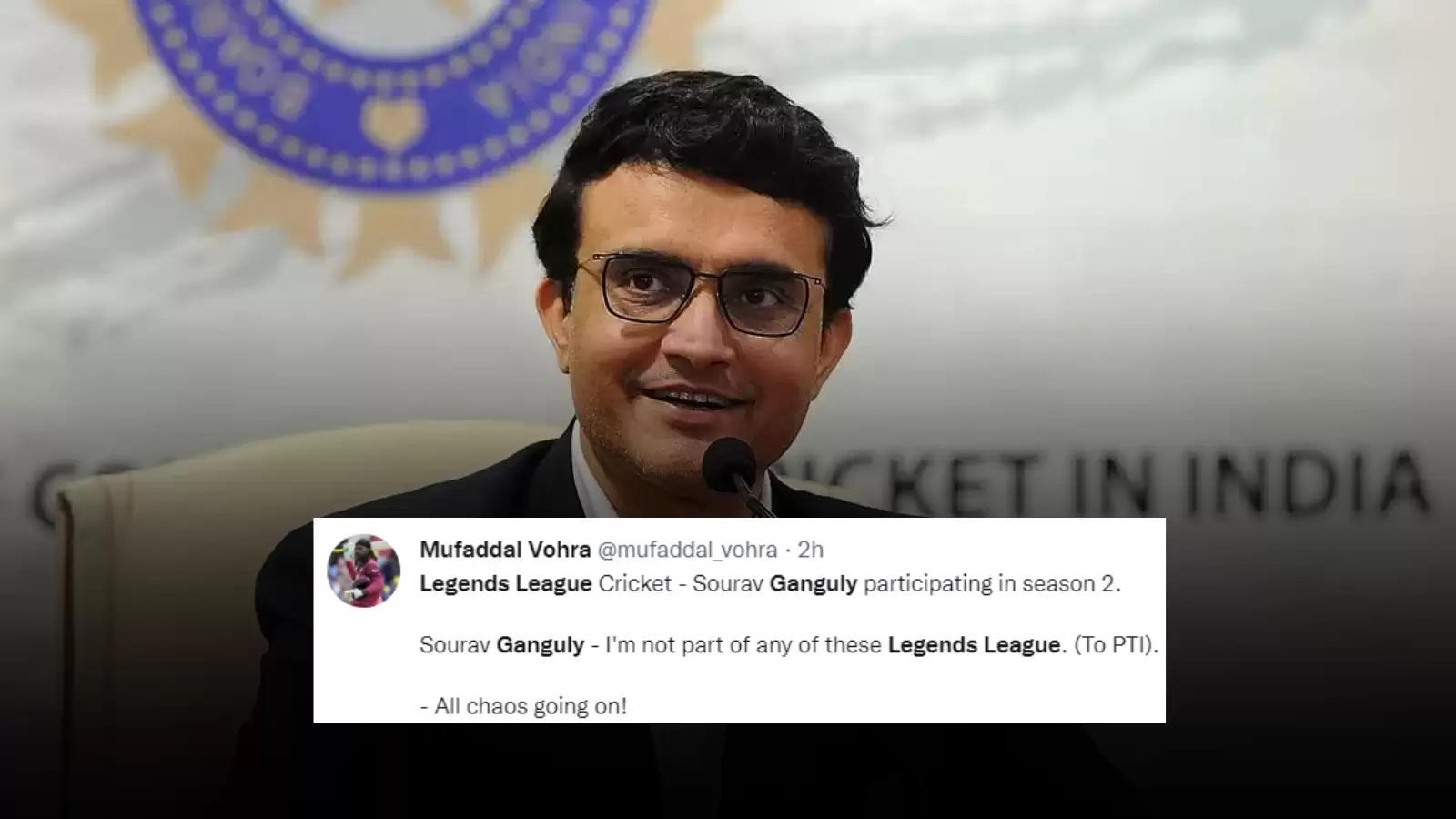 Sourav Ganguly has confirmed that he won’t be a part of the Legends League Cricket competition, after reports had surfaced of him playing in the tournament earlier.

The statement from the tournament organizers had even quoted Ganguly as saying, “It is going to be a lot of fun playing with other legends.”

Ganguly, however, confirmed that he isn't part of the league. "No, I am not going to be a part of Legends League Cricket. The news isn't true," he told NDTV.

The confusion on the former India captain’s participation created a stir among fans on social media.

Sourav Ganguly is going to be a part of the Legends league cricket in this season.

The @BCCI president @SGanguly99 to @PTI_News "I am not a part of any Legends League. The news is not true."#CricketTwitter

"I am not a part of any Legends league cricket. The news is not true." - BCCI President Sourav Ganguly (To PTI)

Now Sourav Ganguly Denies This... But Why A League Will Make An Announcement If There Was No Confirmation... Let's Wait Till September.... pic.twitter.com/vBSGOcMFNq

The first season of Legends League Cricket had former cricketers from India and its subcontinent, Australia, and England, among other cricket nations divided into three teams representing India, Asia, and the Rest of the World.

The second season is set to be played from September 20 to October 10, featuring four privately-owned franchises this time.