The Supreme Court of India will be hearing a plea that could see the removal of both the president and the secretary from their respective posts.
By Kashish Chadha Tue, 6 Sep 2022 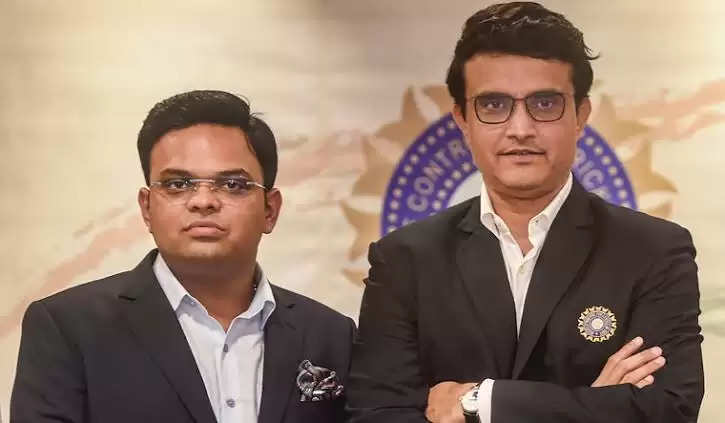 Sourav Ganguly and Jay Shah had earlier claimed the end of the "cooling-off" period to earn further extension in their roles.

The Supreme Court of India, the highest law body of the country, is set to hear the case that puts BCCI president Sourav Ganguly and board secretary Jay Shah right under the scanner. The SC will be hearing the case of an amendment to the "cooling-off" regulation for officials in the BCCI constitution.

The hearing to be held on Tuesday (September 6) is the result of a plea made to the apex body in relation to BCCI and state association office-bearers seeking the end of the cooling-off rule in the board constitution.

Headed by Chief Justice UU Lalit, the SC bench has said there is no "administrative order" on the matter yet and that "it will see it on the issue of listing the matter", reported the PTI.

"Solicitor General Tushar Mehta on Friday (September 2) mentioned that there is an intervening application in the BCCI matter and urged the court to list it next week," the report further mentioned.

Mehta is understood to have also apprised the court about an order passed by ex CJI NV Ramana and also said that the matter will be heard via a bench headed by DV Chandrachud.

Now a plea seeking "early listing" of the BCCI case was mentioned before the Chandrachud-headed bench, "which then asked the counsel to mention it before the CJI bench for the constitution of the bench."

In the most recent update on the BCCI matter, on August 24, the SC had said that a bench headed by Justice Chandrachud will be hearing the plea in relation to the case of BCCI administration. The court observed that Chandrachud was part of the bench which had passed an earlier order in the matter.

The court had heard a petition pertinent to the amendments in the BCCI constitution, with the cooling-of period being the main bone of contention for some of Indian cricket's biggest names.

The BCCI had filed a plea to the Supreme Court, with permission sought from the apex body to change this regulation for its president, secretary and other office-bearers. The board was also seeking extension to the terms of Ganguly and Shah since their workings were affected by the height of the Covid-19 break.

As is known, the cooling-off period adopted in the BCCI consitution under SC's supervision after the Lodha committee recommendations commands office-bearers to undergo a mandatory three-year break from holding any post in the board or its state association after the completion of their tenure. The maximum an office-bearer can hold office consecutively is six years.

The BCCI office-bearers want an end to this rule since it leaves them with a negligible part to play in Indian cricket's workings, neither at the international level nor domestically, for three years after they are done with their tenure.

Also Read - Gavaskar: Virat Kohli should name players he was expecting a call from

The tenures of both Shah and Ganguly are set to conclude in September 2022 as they came on board in their respective positions within the BCCI in September 2019.