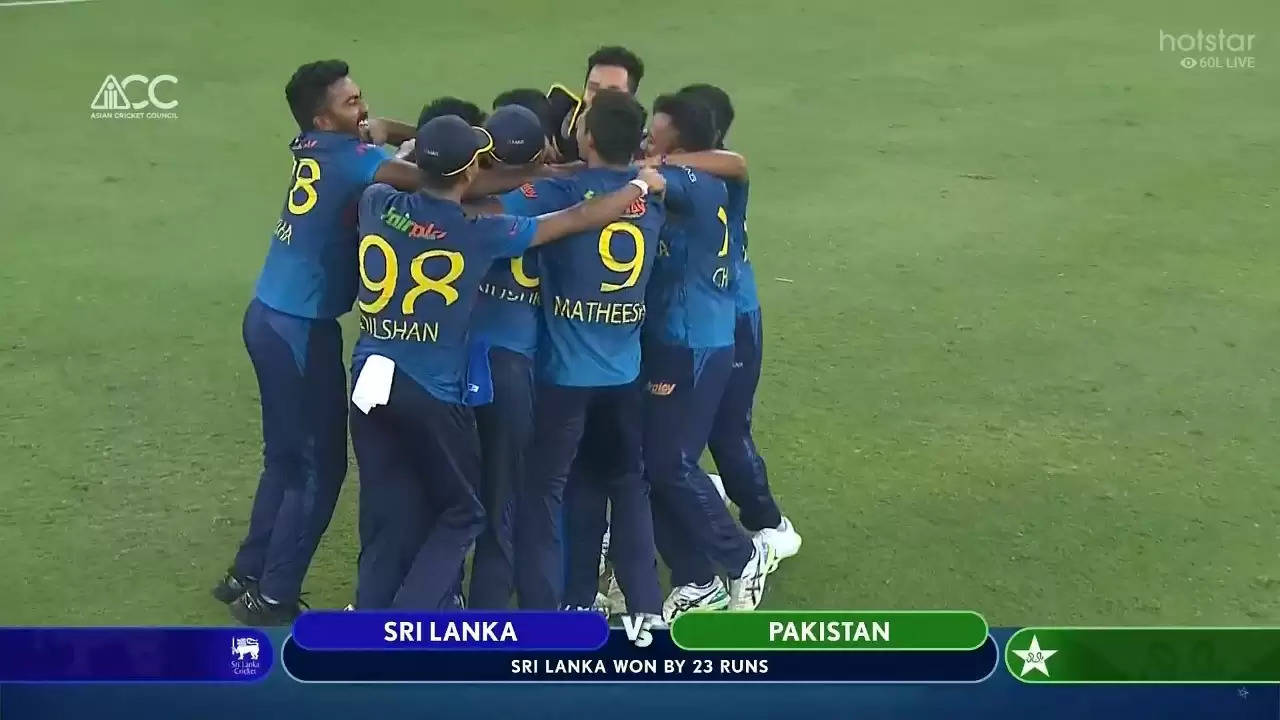 Sri Lanka completed their remarkable resurrection trail with a victory in the final of the Asia Cup 2022 on Sunday (September 11) in Dubai.

The Asian rivals defeated a much-fancied Pakistan side in the summit clash to reclaim their hands on the coveted regional trophy for the sixth time, becoming only the second team to do it in the T20I format.

The Lankan Lions roared hard on the big stage and came out triumphant owing to a series of critical individual performances throughout the competition.

On the night of the finale, it was their promising spin allrounder Wanindu Hasaranga that did the main damage against Pakistan.

Walking into bat with Sri Lanka reeling at 58 for 5 after losing the toss and being made to bat first, Hasaranga struck a momentum-shifting cameo of 36 off 21 balls and helped Sri Lanka regain their footing in the game.

Then in the second half, he yeild his magic with some mystery wristspin and bagged spectacular figures of 3 for 27 off his 4 overs to help dismiss Pakistan to 147 in defence of his team's highly competitive 170/6 at the end of the 20th over.

That Sri Lanka could reach a position of strength at the close of the first innings despite finding themselves in a deep hole before Hasaranga arrived to the crease had a lot to do with the knock that the in-form Bhanuka Rajapaksa played on the night.

An exceptional hitter of the cricket, Rajapaksa smashed the much-vaunted Pakistan bowling attack to all corners through his unbeaten 71 off 45 deliveries after Haris Rauf's (3/39) brilliant spell threatened to end the Sri Lankan hopes early.

His tally included 6 fours and 3 sixes as he allowed Sri Lanka to take the pressure back to Pakistan heading into the run-chase.

Sri Lanka fight back to dominate Pakistan with the ball

Runs on the board is all that the spirited Sri Lankans needed to put Pakistan under tremendous heat for the second half, where a painstaking knock from opening batter Mohammad Rizwan plagued the Pakistani progress irrevocably.

Rizwan batted at a snail-like speed despite starting off his innings inside the field-restriction phase, collecting only 55 runs off his 49 deliveries in a horrible, match-losing effort.

Rizwan's knock put all the pressure on rest of the Pakistan batters to push the run-scoring, which meant extra risk-taking for the remaining batters and wickets at regular intervals.

After losing Babar Azam (5) and Fakhar Zaman (0) early, Iftikhar Ahmed tried to resurrect the innings for Pakistan with Rizwan via a measured 32. But since his effort took 31 balls, it didn't quite help the team really enter the contest and give Sri Lanka a scare.

What was being feared throughout the Iftikhar-Rizwan stand eventually happened as the flood gates were open up Hasaranga and he ran through the opposition batting unit alongside Pramod Madhushan (4/34).

Allrounder Chamika Karunaratne (2/33) also contributed two wickets to the team's cause, while Maheesh Theekshana (1/25) came up with a restrictive spell.