The incident happened in the 6th over of the innings when Mumbai Indians were in trouble in the chase.
By CX Writer Fri, 13 May 2022 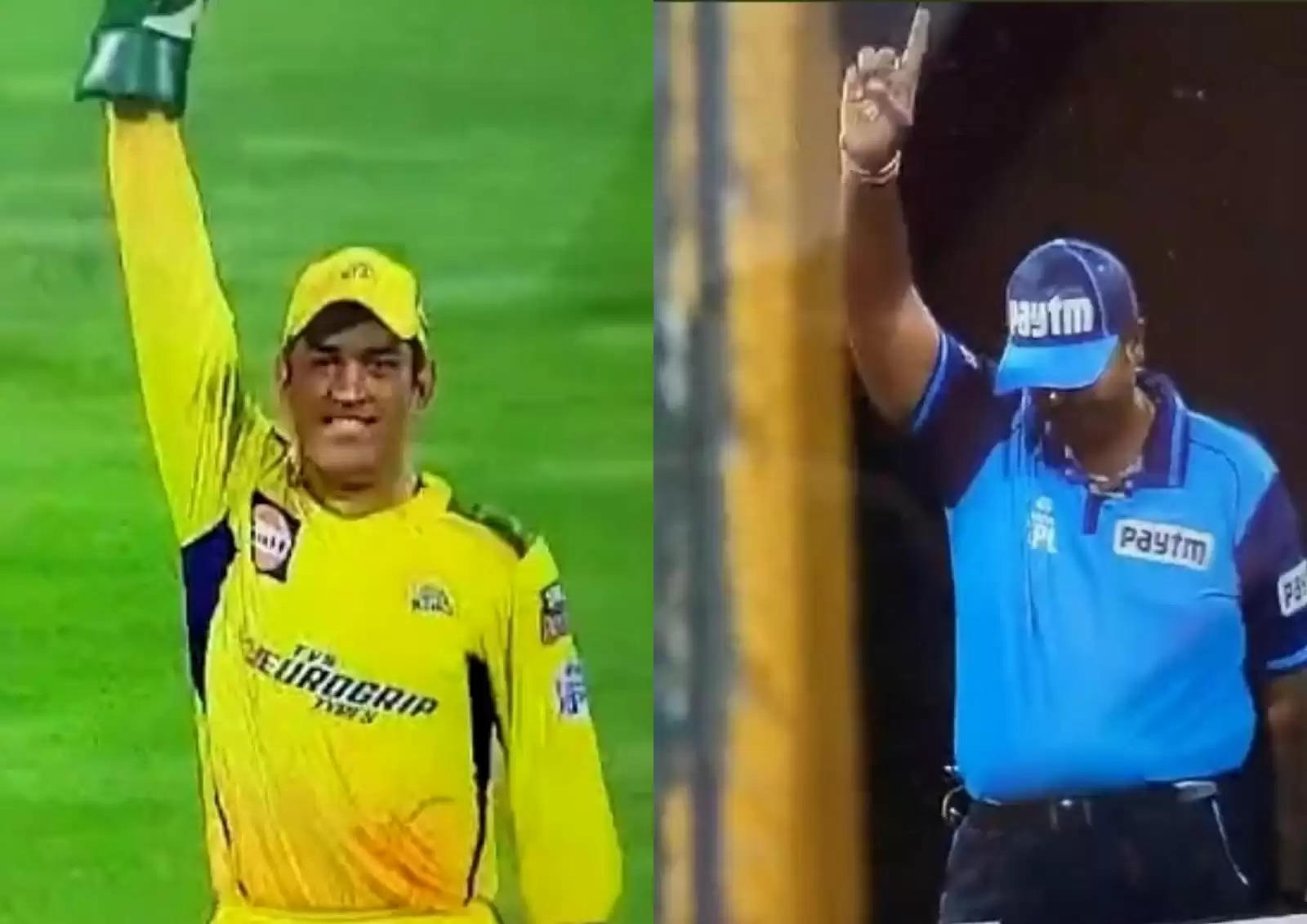 Thanks to DRS, yet another umpiring howler was overturned and more importantly, Mumbai Indians were saved the blushes as they were already in trouble.

Mumbai Indians (MI) and Chennai Super Kings (CSK) faced each other in the 59th match of the Indian Premier League (IPL) on Thursday (May 12). The El Classico didn’t thrill this time around but the game had its share of excitement with MS Dhoni batting well against MI yet again and then CSK’s pacer trying to turn things around defending a meagre total of 97.

MI were expected to run with the game chasing only 98 runs. But that wasn’t the case as the new ball swung a lot for CSK’s pacers too. Mukesh Choudhary and Simarjeet Singh kept MI batters on the tenterhooks and reduced them to 34/4 in the powerplay overs.

Like it happened earlier in the game, if the DRS wasn’t available, CSK would’ve also had their fifth wicket in the sixth over itself. Simarjeet bowled a delivery down the leg-side which seemed to be hitting something before reaching MS Dhoni. A vociferous appeal followed and the umpire indeed seemed confused over making the decision.

He first wanted to give it a wide and had started to signal it but suddenly changed his decision looking at Dhoni’s appeal only to give it out. The batter was surprised with the decision and immediately went for the review.

The replays suggested that the ball had just brushed the pads on its way to the keeper and not the bat. The on-field decision was overturned and yet again, umpiring came under the scanner, not for the first time in the game.

Here’s the video where the Umpire Changed his decision after MS Dhoni's appeal:

Thanks to DRS, Shokeen joined hands with Tilak Varma to resurrect MI’s innings. The duo stitched 48 runs for the fifth wicket to bring victory in sight for the team before Shokeen got out trying to go for a glory shot. However, with Tilak focussed and Tim David doing his usual hitting, there were no more hiccups in the chase for the five-time champions as they won the game by five wickets.

As for CSK, they have been knocked out from IPL 2022 now after losing their 8th game of the season in 12 outings.