Venkatesh Iyer reflected on the challenges of adapting to different batting positions while representing India and playing in the IPL.
By CX Staff Writer Wed, 23 Nov 2022 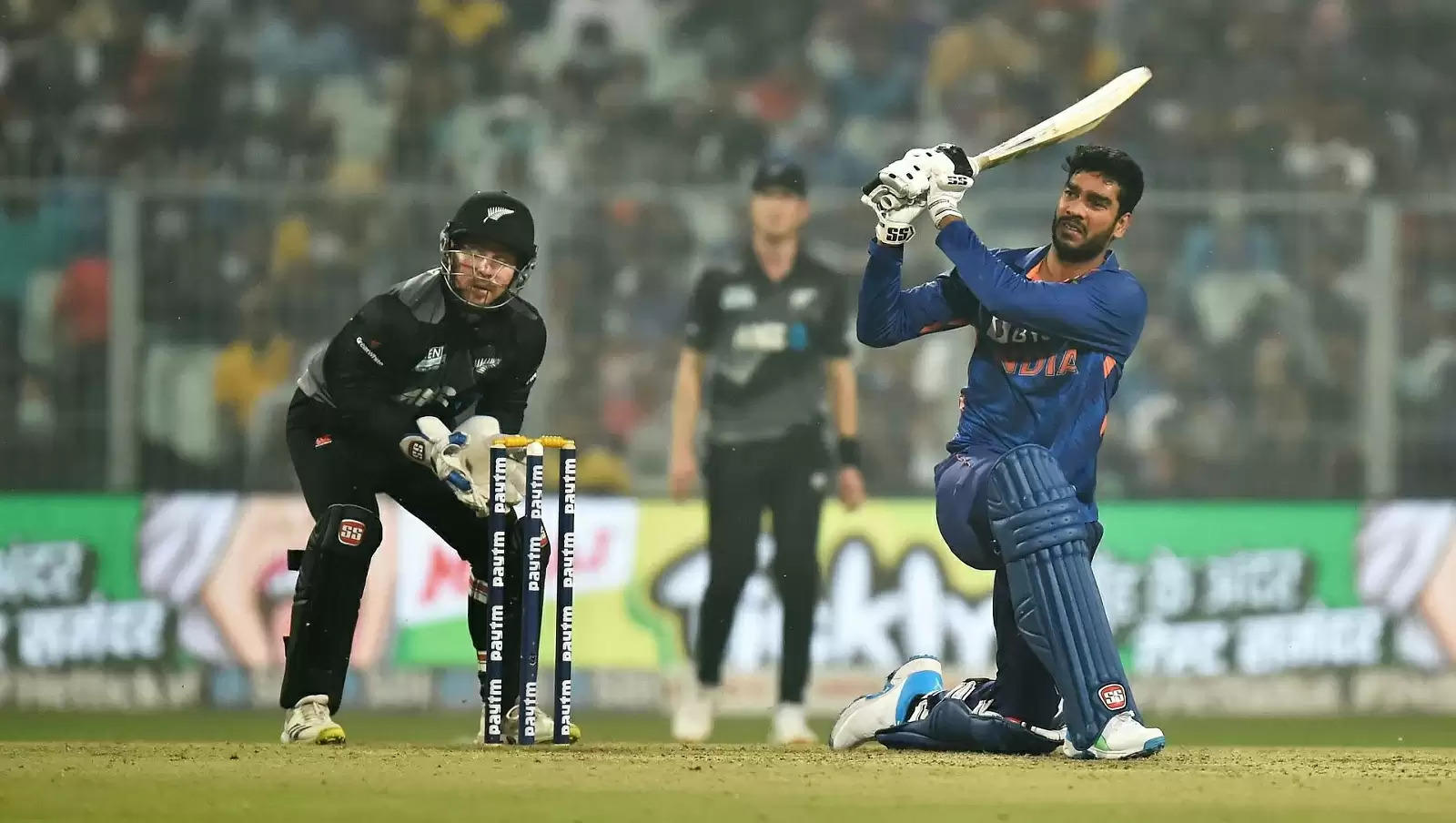 “Once you are mentally prepared, the body just reacts to it”

In a fairly young career, Venkatesh Iyer has already had a fair share of ups and downs in recent years. Having batted in the middle-order for a major part of his domestic career, he was promoted as an opener by the Kolkata Knight Riders in the second half of IPL 2021 in the UAE.

Iyer aggregated 370 runs at 41.11 and a strike-rate of 128.47 in the team’s run to the final, while forming a formidable opening partnership with Shubman Gill. Having scored 25.53% of the team’s total runs in the period, he also bagged three wickets at an economy of 8.12 in the period.

The performance would help him earn a maiden India call-up for the home T20Is against New Zealand later that year, with Hardik Pandya battling with injury. He aggregated 133 runs at 33.25, while striking at 162.20 in seven T20I innings for India, most of them coming from No.6.

Pandya’s return meant Iyer would be sidelined from the national team, following which he excelled in the initial part of the Syed Mushtaq Ali Trophy 2022, before he twisted his ankle and had to undergo a surgery for the same.

The all-rounder, who is currently undergoing rehab at the National Cricket Academy (NCA), Bangalore, spoke of the challenges of batting at different positions.

“I think the transition to the top-order was rather difficult,” Iyer told Cricket Next. “I have batted in the middle order almost throughout my life. I have batted a long time in the middle-order for the MP team. Middle-order is a place where I felt at home but the opening was actually tougher. But thanks to the domestic setup I got to experience what it was like to open and play on different surfaces. And once you are mentally prepared and mentally accept that you are going to open or play the role of a finisher, then the body just reacts to it.”

“Yes, it’s extremely different,” he added. “The skill set for an opener and a finisher. But once you are clear in the head about where and how you need to bat, it becomes that much easier. And on top of that, when you have the backing of the coach and captain. And also when the role is communicated to you with utmost clarity, then it’s just you going out there and putting your best foot forward without worrying about the external noise.”

ALSO READ: ‘Never got a call from LSG’ - Manish Pandey on IPL release

Iyer revealed that he was conveyed beforehand of playing the finisher’s role for India by the management, given the team already had multiple top-order batters in their setup at the time.

“When I got into the team, I looked at the team and saw three openers already there,” said Iyer. “Rohit bhai, KL Rahul and Ishan Kishan were already there. So I knew I was not going to open. And then when I met Rahul sir and he asked me how I used to approach the innings when I used to open and it was communicated to me that I will play the role of a finisher.

“Whenever someone gives you a new role, they also give you a cushion. That was done. Rohit bhai and Rahul sir told me that I would be given a string of games to try and execute that role. And once you have the captain and coach’s backing, the job becomes all the easier.”