Venkatesh Iyer got hit by bowler Chinta Gaja while batting in the Duleep Trophy semifinal between Central Zone and West Zone.
By Kashish Chadha Fri, 16 Sep 2022 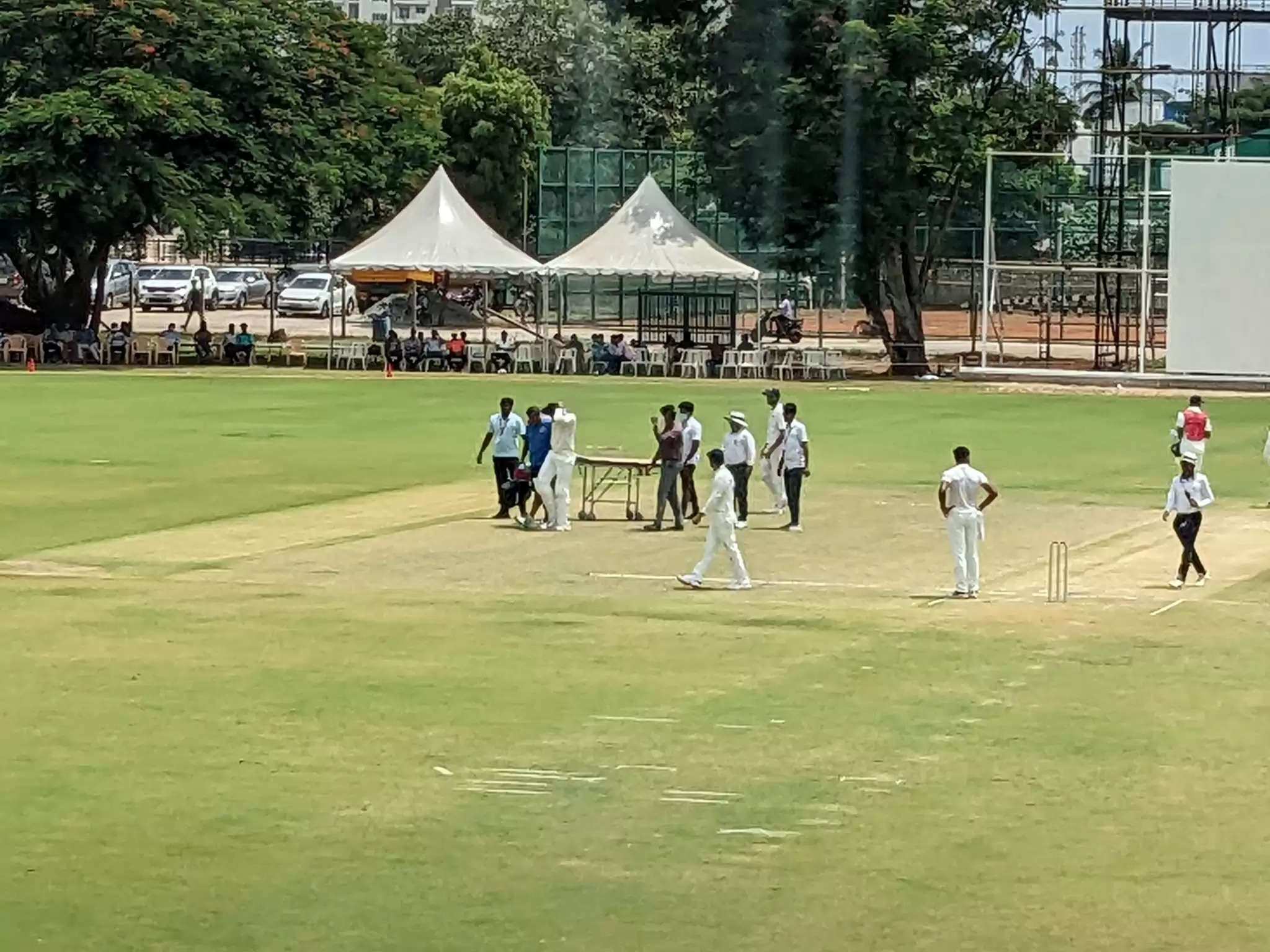 Venkatesh Iyer forced to retire hurt in the middle of his innings during the Duleep Trophy semifinal in Coimbatore.

India and Kolkata Knight Riders (KKR) cricketer Venkatesh Iyer was on Friday (September 16) struck on the head of an unnecessary throw from the bowler in a Duleep Trophy game in Karnataka.

Playing for Central Zone in the tournament semifinal in Coimbatore, Iyer received a blow to his head after a throw from West Zone seamer Chintan Gaja.

As the left-hander hit the ball straight back at the bowler, Gaja went for a throw even as the batter made no attempt to sneak in a single and ended up hurting him badly.

The incident forced Venkatesh Iyer to retire hurt after facing just three balls into his innings for 6 runs at No.7 for Central Zone. He walked off the field in visible pain, taking no risks with potential concussion, with the unfortunate episode leaving Central Zone in big trouble at 70 odd for 5.

Venkatesh Iyer retires out after a blow in Duleep Trophy

The incident is from the 27th over of the Central Zone innings where Gaja ran into bowl at Venkatesh Iyer. Having just dismissed opposition's key middle-order player Rinku Singh to leave Central Zone in major strife, Gaja was perhaps fired up and raring to have a go at Venkatesh.

As it happened, though, the pacer misdirected a throw unnecessarily at the left-hander, which left him in excruciating pain and the batter had to leave the field immediately for medical attention.

Iyer went down after receiving the blow, forcing the ground staff to come to the ground with a stretcher. But the batter walked off his own at the time.

Taking no risks with the concussion possibility, the medical staff available to the Central Zone team checked the player thoroughly.

The stretcher was in the ground. But batter walks pic.twitter.com/UBrIQJ3Qkt

The incident could easily have been avoided had Gaja spotted that Venkatesh Iyer wasn't making an attempt to go for the run. But the bowler made a needless throw, a blow off which has forced Iyer to undergo proper medical supervision.

As per The Hindu sports journalist S Dipak Ragav, Iyer was hit near the neck area below his helmet.

It isn't clear what riled up Gaja to make such a throw at the batter, but it may have had something to do with the six that Iyer had smashed him for the ball before.

Thankfully for the player, the blow from the throw wasn't too serious as he soon recovered to continue his innings with bat in hand.