Battling against a groin injury, the great Indian batter missed the ODI series opener at The Oval.
By Kashish Chadha Wed, 13 Jul 2022 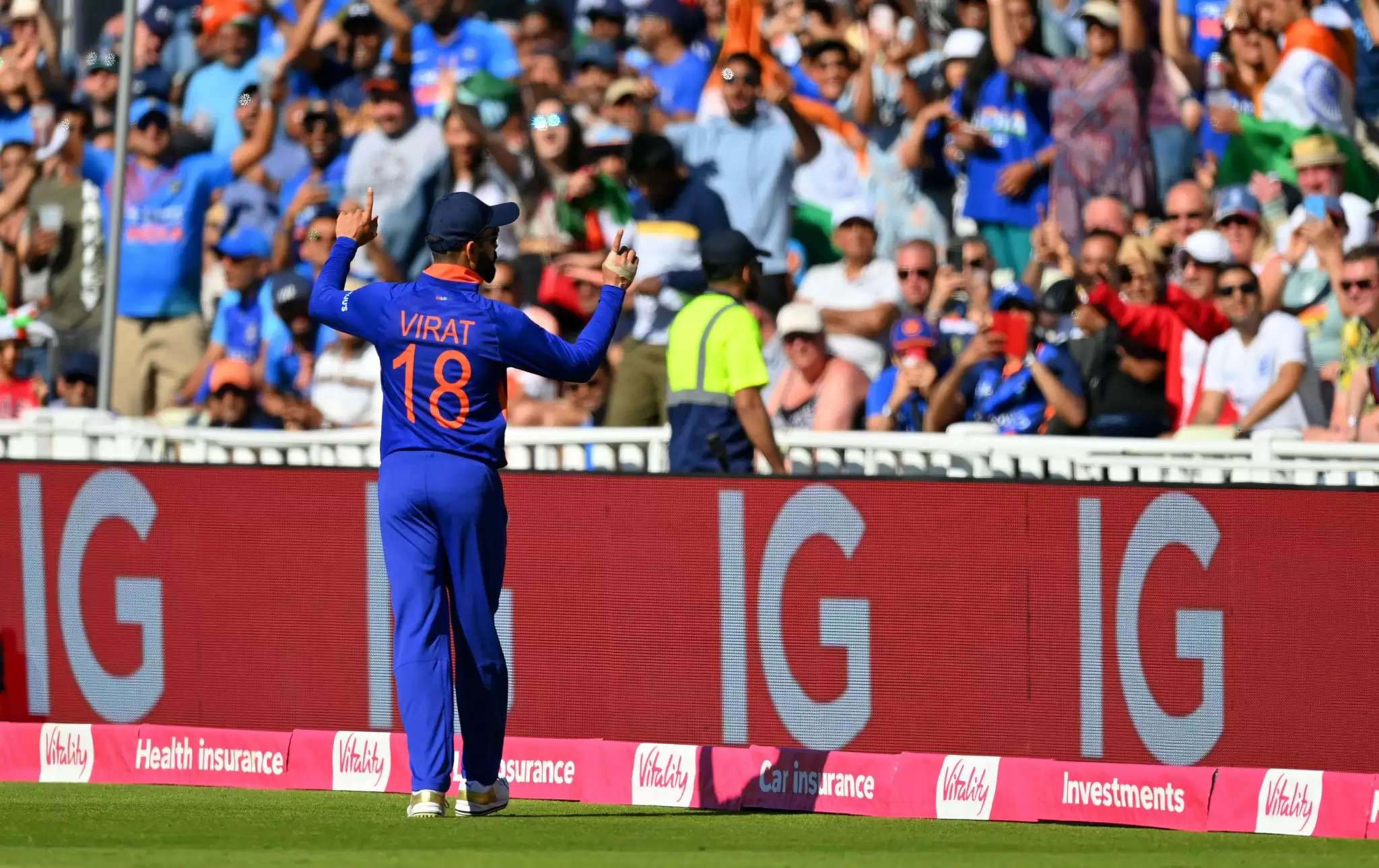 There is no positive update on Virat Kohli's injury on the eve of the second one-dayer at Lord's.

With only a day's gap between the two one-dayers, a cloud of uncertainty continues to hover over Virat Kohli's participation for the rest of the ODI series against England, in particular, the second game at Lord's on Thursday (July 14).

Kohli missed the series opener on Tuesday (July 12) in Edgbaston due to a groin injury, which he picked up playing the third and final T20I on tour at Trent Bridge on Sunday.

The BCCI had issued a statement on the former India skipper's injury and informed that the medical staff is monitoring his progress.

Virat Kohli was seen mixing around with rest of the Indian players and sharing a laugh while they went about their training ahead of the ODI series opener.

That raised the likelihood of him rejoining the playing XI for the penultimate one-dayer. But ace quick Jasprit Bumrah said there is no update yet on the great batter's match fitness.

Bumrah gave an interesting response to the press when asked to reveal the extent of Virat Kohli's injury at the end of the first ODI at The Oval.

The ace quick said he isn't aware of the exact details in the matter or have any latest update since he did not take part in the final T20Is.

Kohli didn't play the ODI series opener but featured in the last two matches of the T20I series, making scores of 1 & 11 in Birmingham and Nottingham, respectively. The 33-year-old is in dire need to regain the lost mojo with bat in hand, going through a worrying slump with the bat over the past two years. Kohli's last international hundred arrived in November 2019.