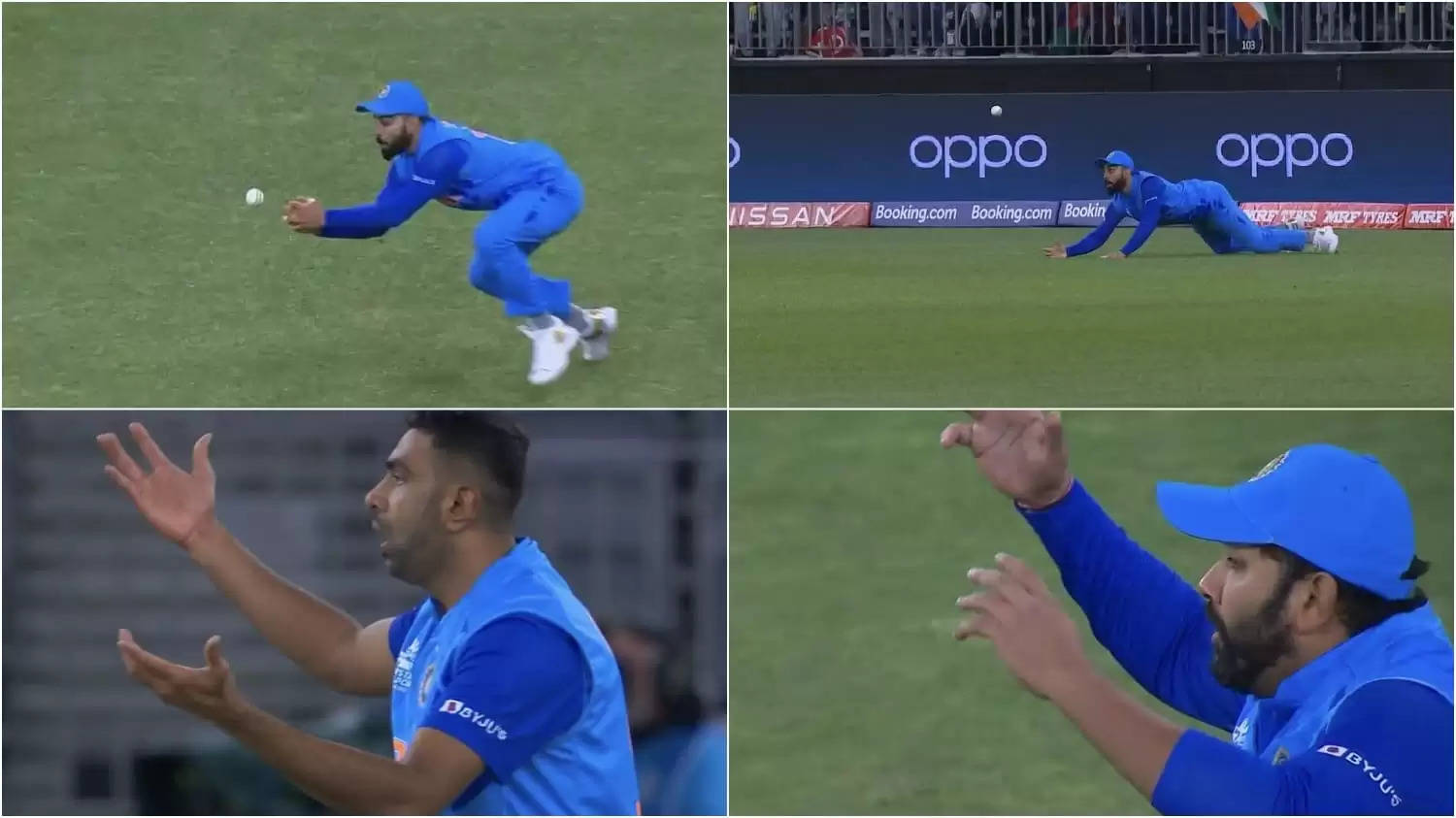 Virat Kohli ended up dropping a comfortable catch in a critical moment of the India-South Africa T20 World Cup clash.

Virat Kohli made a rare mistake in the field and ended up dropping a sitter at a critical moment of the clash against South Africa at the T20 World Cup 2022 on Sunday (October 30).

Kohli shelved the catching opportunity in the deep after premier off-spinner R Ashwin induced a miscued attempted pull out of the bat of opposition's key batter Aiden Markram.

Doing the right-hander in with a carrom ball that got stuck on the track for a split second, Ashwin would've anticipated a wicket under his belt seeing Virat Kohli circle underneath the ball.

But he was left shocked when Kohli let go what was the easiest of chances, allowing Markram a reprieve that proved costly for India.

The drop catch was seen on the penultimate ball of the 12th over of the South African run-chase.

Seeing Markram advance down the ground at him, Ashwin pulled his length back and delivered a carrom ball that got stuck onto the track a little bit.

That was enough to induce a thick edge that flew straight to the deep mid-wicket region where Virat Kohli was expected to make a feast of the catch.

Instead he made a meal of it, dropping a sitter that should've been taken all too comfortably.

That was a critical moment in the game considering South Africa were still on a recovery trail after finding themselves 24 for 3.

Chasing a tricky target of 134, Proteas could've ill-afford to lose Markram at 64/3. India missed out on an opportunity to put them under even more pressure by that drop catch.

India will be disappointed since it was Kohli, one of their better fielders in the outfield. The Asian giants would've been right on top of the proceedings had they dismissed Markram at that stage but had to bide the bullet and try to rebuild the pressure.

Kohli would be personally livid with himself, having set high standards for himself in the field over the years.

The great cricketer wore a look of frustration after the drop, recognising he had just let a big moment in the game slip by.