Virat Kohli could score just a single on his T20I return in the second T20I against England at Edgbaston on Saturday, falling to debutant Richard Gleeson on the third ball he faced.
By CX Staff Writer Sat, 9 Jul 2022 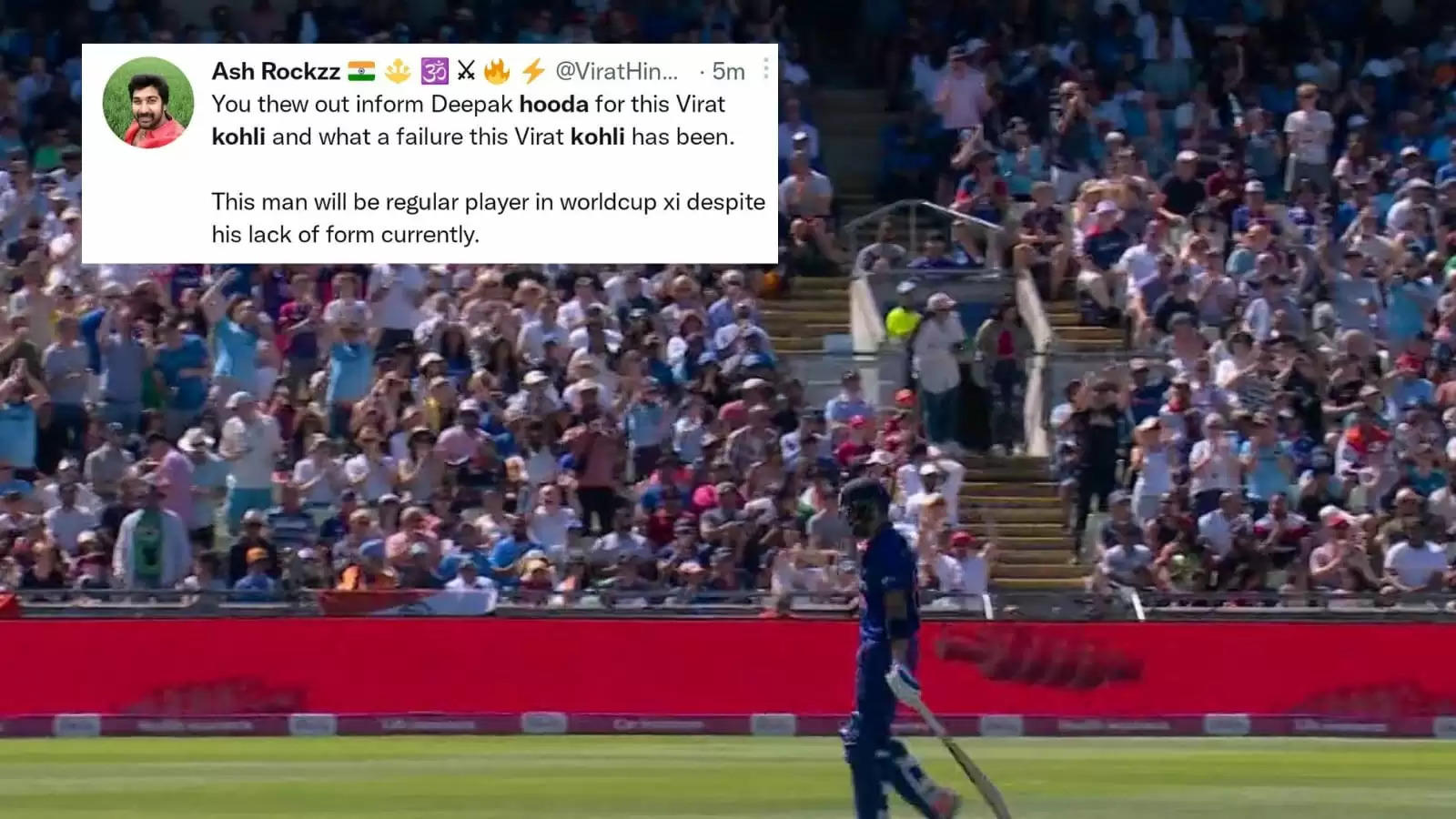 Virat Kohli’s previous T20I appearance had come in February 2022 against the West Indies.

Virat Kohli was perhaps the most notable inclusion from the four changes India made to its XI in the second T20I against England at Edgbaston on Saturday. Kohli, Rishabh Pant, Ravindra Jadeja and Jasprit Bumrah - each of whom had played the fifth rescheduled Test at the same venue - replaced Ishan Kishan, Deepak Hooda, Axar Patel and Arshdeep Singh in the line-up.

While there were speculations that Kohli would partner skipper Rohit Sharma at the top, the former India captain came in at the usual No.3 position, with RIshabh Pant promoted to open in a surprise move.

Kohli had the platform laid, walking in at the fall of Rohit’s wicket in the fifth over, with India at 49/1, but he could only manage a single on his return. The right-hander got a top-edge off an attempted slog against debutant Richard Gleeson, and the ball spooned towards Dawid Malan, who ran behind from backward point to complete the catch.

Also Read: 'If R Ashwin can be dropped from Test side, why not Virat Kohli from the T20I XI' - Kapil Dev

Gleeson, who had dismissed Rohit earlier, sent back Pant off his very next ball, as India slumped from 49/0 to 61/3 within  a period of over-and-a-half.

Kohli replaced the in-form Deepak Hooda at the No.3 position, after the latter had registered his maiden T20I hundred against Ireland last month and had got 33 off 17 in India’s 50-run win in the series opener in Southampton.

The former India captain's yet another failure sparked numerous reactions on social media.

Here’s how the fans reacted to Kohli’s early dismissal:

What Kohli did today was right. Regardless of result.

It is time for @imVkohli to take sabbatical. He is just blocking the place only to score 10-15 which is unacceptable. The young guns are performing better than him. @BCCI #ENGvsIND

I'm a kohli fan but now I think Kapil Dev sir was right, the current form of Kohli is not deserve to be an 11#ViratKohli #KapilDev

Kohli and pant should be dropped from T20 internationals,Ishan,Kl,Samson,Hooda could be replacements

He doesn't play that sort of a shot very early in his inngs but yeah strange things happen when a batter is past his prime years.

Peak Kohli would've played this ball straight or through covers not a whack across the line.

This man will be regular player in worldcup xi despite his lack of form currently.

Very True!! 🥺🥺 We Dropped In Form Deepak Hooda For Him & He Goes Out On 1😥 I'm So Scared About His Cricket Future.