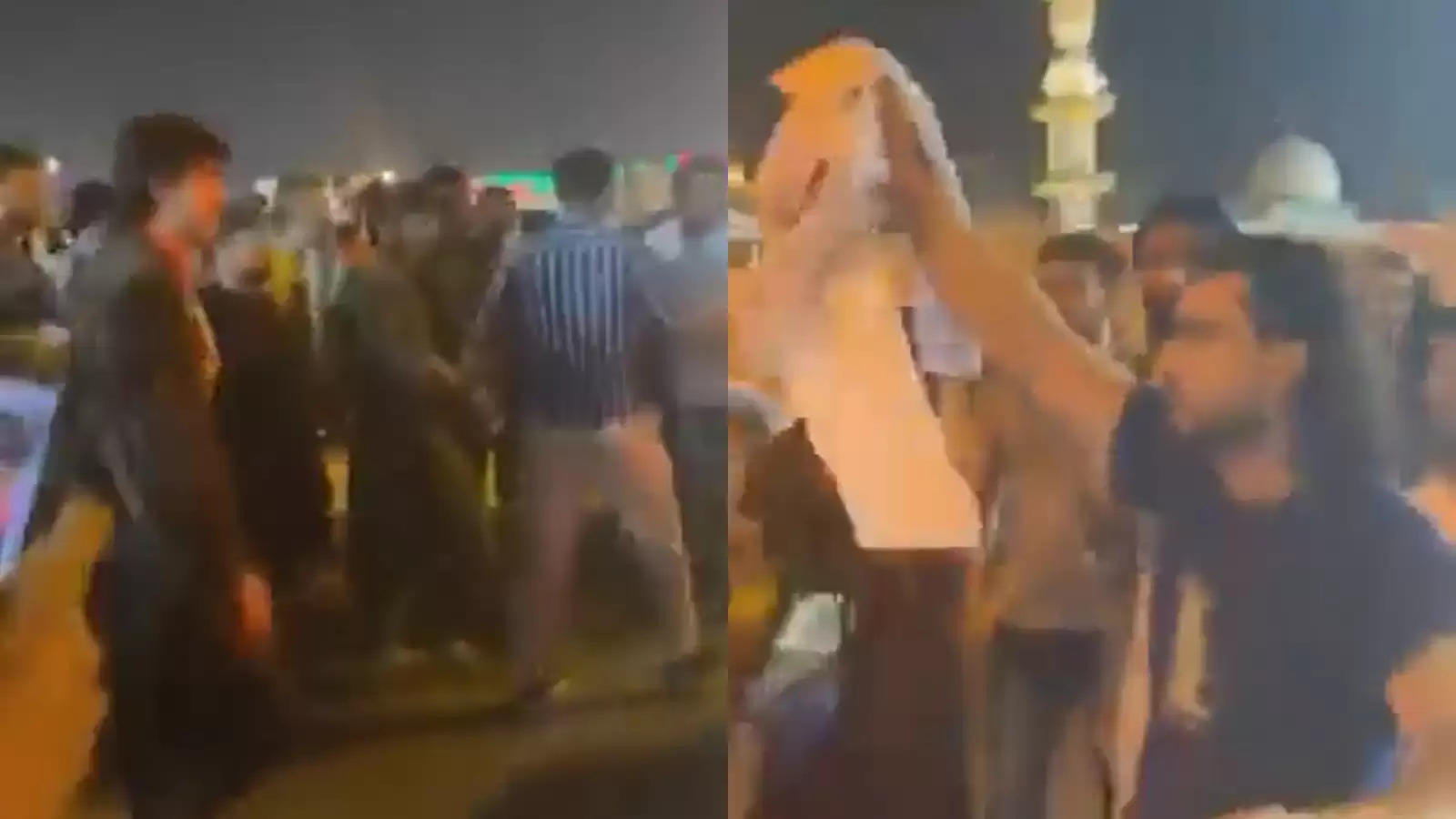 Pakistan beat Afghanistan by one wicket in a nail-biting finish.

Afghanistan cricket team fans were seen beating up Pakistan fans following the end of the Asia Cup 2022 Super Four encounter in Sharjah on Wednesday. In a low-scoring thriller, Pakistan defeated Afghanistan by one wicket to seal their place in the final, and knock their opponents out of the competition.

Barring the occurings on the pitch between Asif Ali and Fareed Ahmad during the 19th over, and in the stands later, there were more fights involved outside the venue, as can be seen in a clip that has been doing the rounds on social media.

Things started to heat up on the field itself, with Fareed and Asif having a go at each other following the latter’s dismissal in the 19th over of Pakistan’s run-chase of 130. The two players were eventually separated by the on-field umpires Anil Kumar Chaudhary and Jayaraman Madanagopal.
Pakistan needed 11 off the final over, and Naseem Shah struck back-to-back sixes off Fazalhaq Farooqi in the final over to seal the game.

Afghanistan were seen vandalising the stadium following the result, and things got progressively intense. This is not the first time that Pakistan and Afghanistan fans have been involved in heated fights post a cricket match. Similar sights were seen after Pakistan’s narrow three-wicket win in the 2019 World Cup round-robin encounter at Headingley, Leeds.

ALSO WATCH: Fight breaks out between players during the closing stages of PAK vs AFG Asia Cup Clash

Shoaib Akhtar, the former Pakistan speedster, took to Twitter to address the issue, and tagged ACB chief Shafiq Stanikzai, stating: "This is what Afghan fans are doing. This is what they've done in the past multiple times. This is a game and it's supposed to be played and taken in the right spirit. @ShafiqStanikzai your crowd & your players both need to learn a few things if you guys want to grow in the sport."

Stanikzai responded with the on-field pictures, and stated: “Watch these photos and the video carefully then judge, also let the Match referee decide in accordance with the Cricket law before you use humiliating words to the entire nation and it’s your second time you are doing so. I hope ke ab ap apology ke hemat karogi.”

This is what Afghan fans are doing.
This is what they've done in the past multiple times.This is a game and its supposed to be played and taken in the right spirit.@ShafiqStanikzai your crowd & your players both need to learn a few things if you guys want to grow in the sport. pic.twitter.com/rg57D0c7t8