Cheteshwar Pujara has produced another stroke-filled hundred in the ongoing One-Day Cup in England, his 132 off 90 helping Sussex to 400/4 against Middlesex in Hove on Monday, August 23.
By CX Staff Writer Tue, 23 Aug 2022 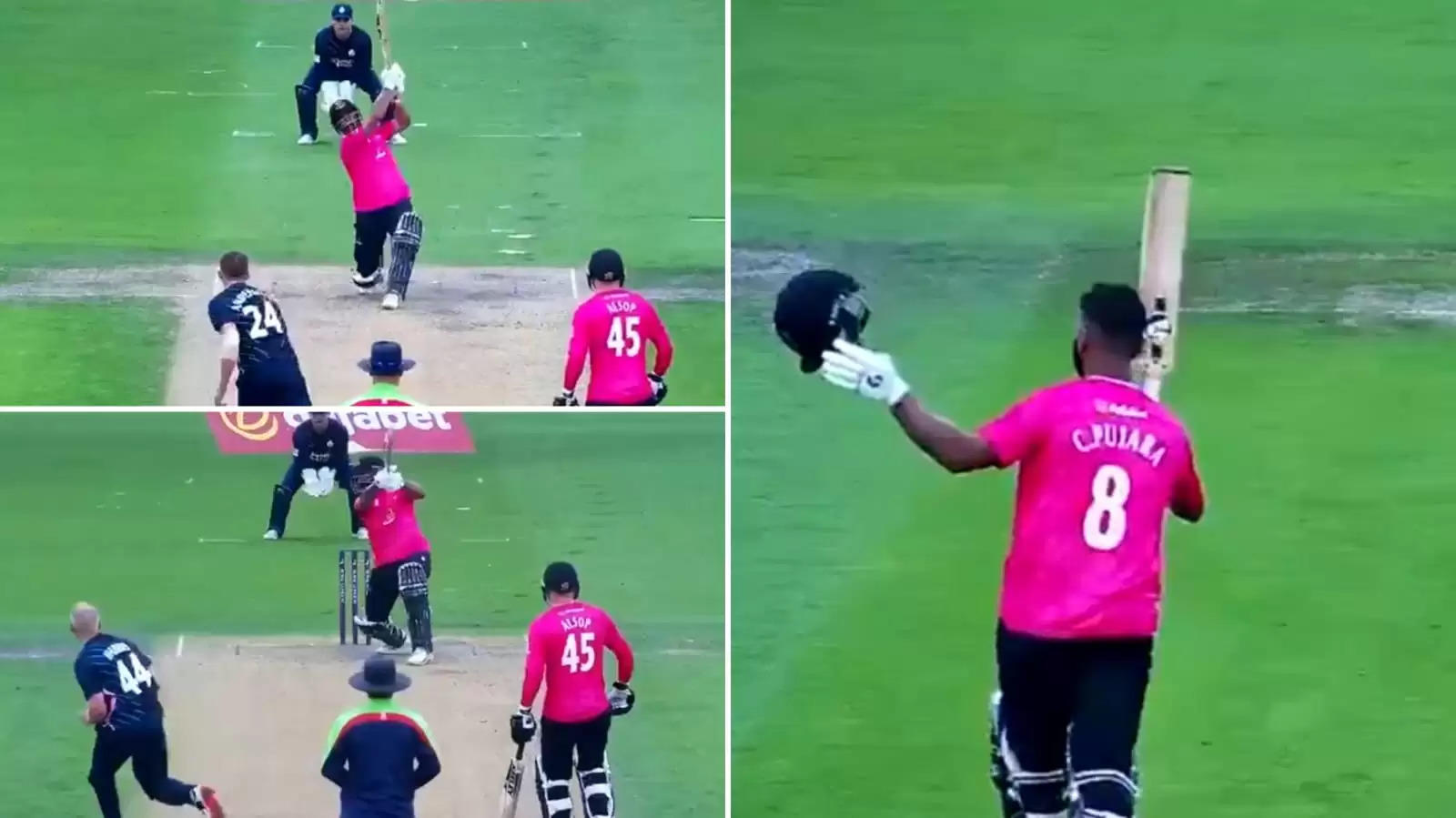 Pujara is now the second-highest run-scorer in the One-Day Cup 2022.

Cheteshwar Pujara has carried on his scintillating white-ball form at the ongoing Royal London One-Day Cup for Sussex, registering another stroke-filled hundred against Middlesex at Hove’s County Ground on Monday.

The Sussex skipper struck 132 off 90 - his third hundred of the season to go with two fifties - as his side finished 400/4 in the allotted 50 overs after having been put in.

The right-hander smashed 20 fours and two sixes, and was involved in a 240-run second wicket stand with opener Tom Alsop, before being dismissed by right-arm seamer Max Harris in the 45th over of the innings. Alsop himself smashed an unbeaten 189, smashing 19 hits to the fence and five over it in his 155-ball stay.

Left-arm spinner Thilan Walallawita returned 1/32 from 10 overs, while Ireland quick Tim Murtagh finished 0/56 on a day when all other Middlesex bowlers were given a runaround.

Pujara, who is now partnered with Cricket NFT Platform Rario, had been brilliant in his first eight outings at the County Championship too, having aggregated 1094 runs at 109.40 with five hundreds, only behind Glamorgan’s Sam Northeast and Kent’s Ben Compton in the leading run-scoring charts.

Both Sussex and Middlesex had five wins from seven games coming into today’s match, the latter currently occupying the top-position in the Group A points table on virtue of a superior net run-rate. Gloucestershire and Leicestershire follow at third and fourth with as many points, the former having played an extra game.

Hampshire and Lancashire take the top two standings in Group B with 12 and 11 points respectively.