South Africa’s Dewald Brevis stroked an unbeaten 30 off 6 for the St Kitts and Nevis Patriots against the Trinbago Knight Riders in a CPL 2022 clash on Thursday, September 2022.
By CX Staff Writer Thu, 22 Sep 2022 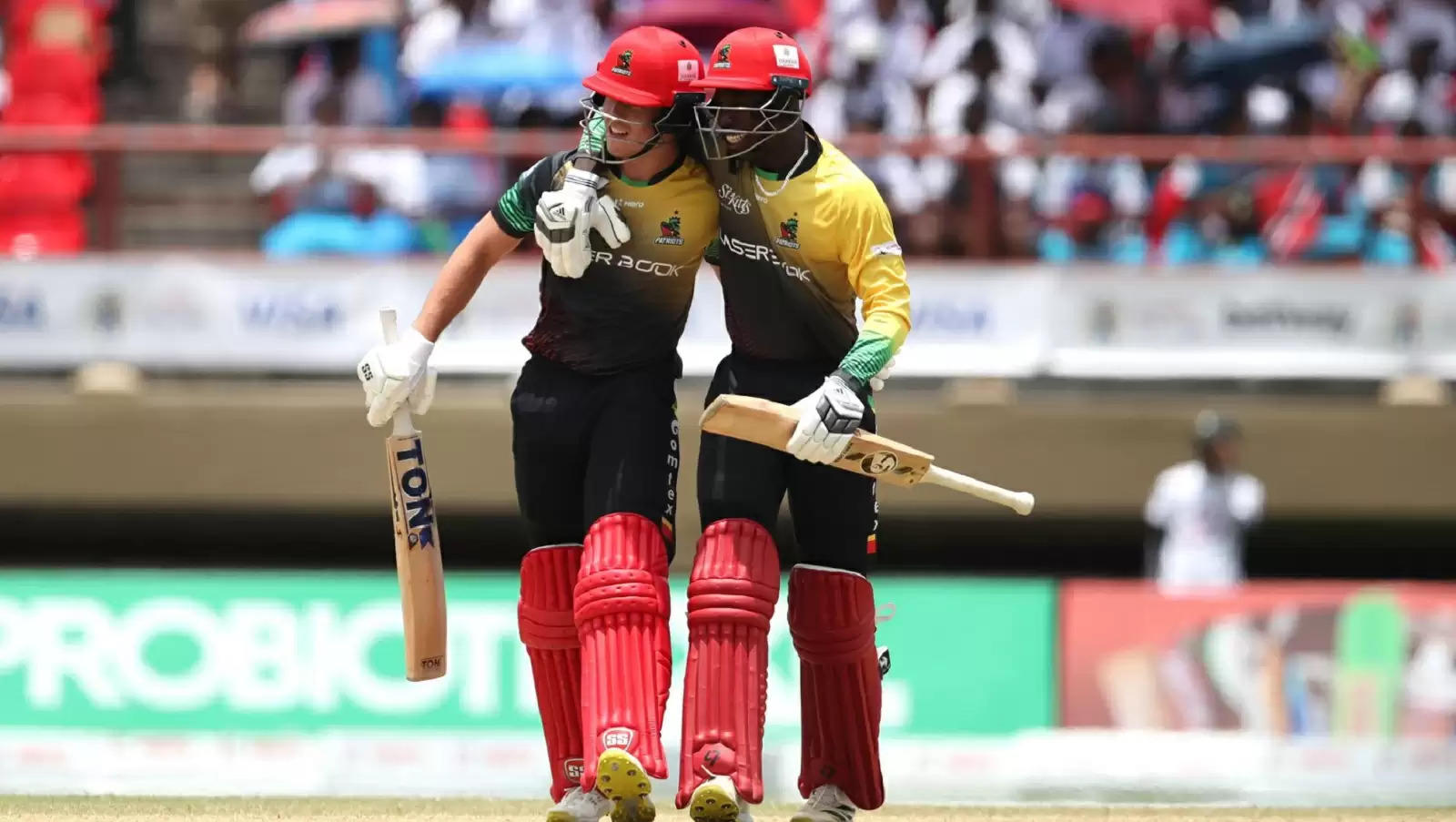 Dewald Brevis produced a stunning display of ball-striking in the 26th match of the ongoing Caribbean Premier League (CPL) 2022, played between the St Kitts and Nevis Patriots and the Trinbago Knight Riders at the Providence Stadium, Guyana on Thursday, September 2022.

Brevis walked in to bat after the wicket of Darren Bravo, with the Patriots positioned at 94/4 at the end of the 17th over. The 19-year-old smashed an unbeaten 30 off 6, smashing five sixes in an entertaining blitz to help his side finish 163/6 from the allotted 20 overs.

Brevis got a leg-bye off Andre Russell off the first ball he faced, before smashing left-arm spinner Akeal Hosein for three consecutive sixes in the 19th over. The first was a slog-sweep towards the on side, before he danced downtown to loft one straight over the bowler’s head. A wide followed, and Brevis then swung the last ball of the over clean over long-on.

The over went for 30, with Sherfane Rutherford having already smashed a six and a four earlier.

Brevis then struck one over point off Daryn Dupavillon on the penultimate ball of the innings, before closing it out with a soaring hit over long-off. Patriots smashed 69 runs from the last three overs combined. Rutherford finished the top-scorer, with 78 off 50, including six hits to the fence and five over it.

The Knight Riders were 54/2 from 10 overs in their chase, with Tim Seifert batting alongside skipper Kieron Pollard at the time of writing.

The Patriots are currently placed fifth in the points table, with two wins and as many drawn games from nine matches, while the Knight Riders sit fifth with seven points, having played a game less.