Asif Ali and Fareed Ahmad were involved in a heated fight during the closing moments of the Pakistan vs Afghanistan Asia Cup 2022 clash in Sharjah on Wednesday, September 7.
By CX Staff Writer Thu, 8 Sep 2022 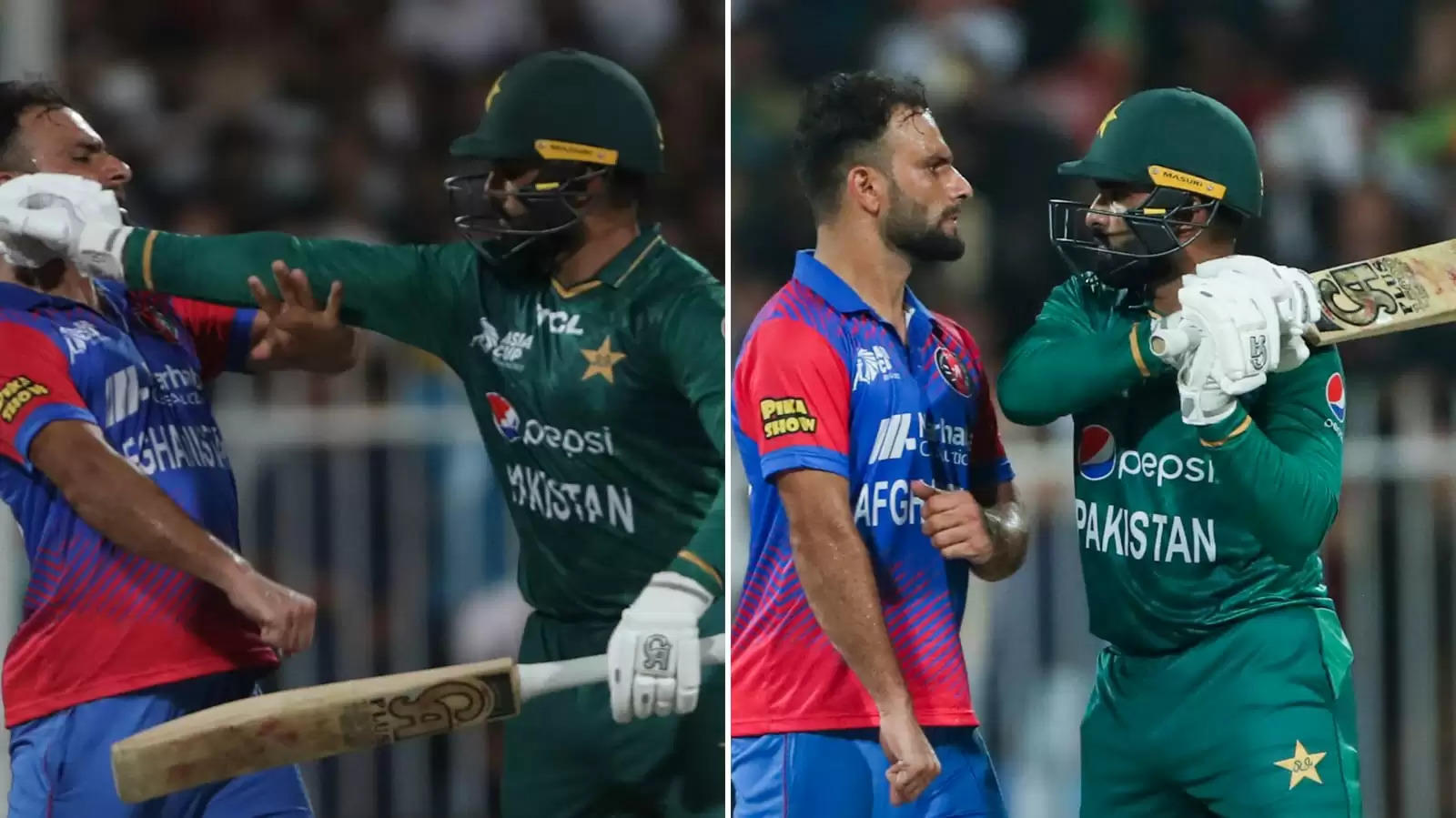 Pakistan registered a thrilling one-wicket win to confirm a spot in the final.

Tempers flared during the business end of the all important Asia Cup 2022 Super Four clash between Pakistan and Afghanistan in Sharjah on Wednesday, as the game neared a nail-biting finish.

Asif Ali, Pakistan’s designated finisher, had tonked two sixes in a brisk 16 to keep his side in the game, even as wickets fell at the other end. Left-arm quick Fareed Ahmad however, having already dismissed Haris Rauf for a golden duck in the 19th over, dismissed Asif to put Afghanistan ahead.

Fareed dished out a bouncer, and Asif top-edged it straight through to Karim Janat at fine-leg, prompting wild celebrations from the bowler, who hurled out a few words at the batter. The two players had a go at each other, with Asif showing his bat, before being separated by the on-field umpires Anil Kumar Chaudhary and Jayaraman Madanagopal and Janat.

Pakistan eventually won the contest by one wicket and four balls remaining, with No.11 Naseem Shah striking back-to-back sixes off Fazalhaq Farooqi in the final over.

The fight between Asif Ali and the Afghan bowler💥 pic.twitter.com/duNzHSXnT9

"When I went in to bat I had the belief to hit the sixes," said Naseem after his sensational blitz. "I practice (hitting sixes) and I knew they would bowl yorkers as they had the field up. There needs to be belief, we keep practising in the nets and I also changed my bat, it worked. When I went in Asif was there and my job was to give him strike but once he got out the onus was on me. There is very little belief when you are nine down but I had the self-belief and this will be a memorable game for me. This was an important match as we knew a win today and we would be in the final."

Pakistan's win ensured them of a spot in the final, with them set to play Sri Lanka in the title clash in Dubai on Sunday, September 11. India and Afghanistan, having suffered back-to-back defeats will face-off on Thursday, while Pakistan and Sri Lanka will contest in the last game of the Super Four round the following day.